And that's if you know exactly what you're doing. 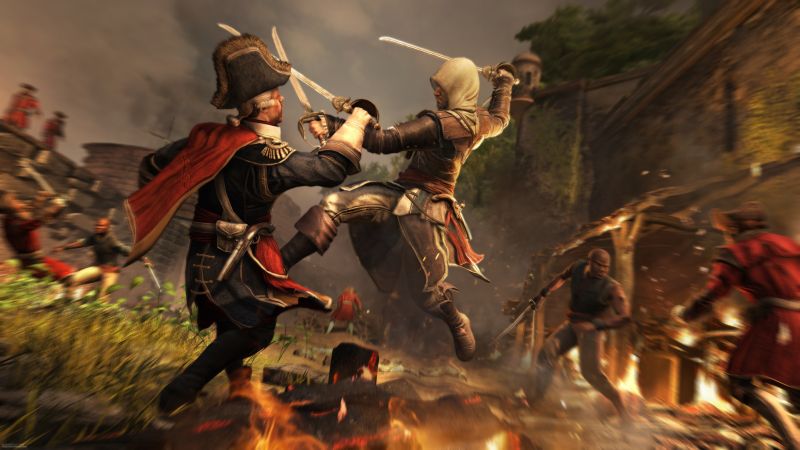 Assassin’s Creed IV: Black Flag could be the biggest game in the series, and according to Ashraf Ismail, it will be a complete open world experience. In an interview with Destructoid, Ismail shared how long he thought a 100% completion of the game would take, using a run-trough of one of their in-office testers as an example.

“One guy in the office actually did it two weeks ago for the first time. He got a 100% sync, which was mind blowing. This was one of our testers, so imagine he’s a tester who knows the game really well. He’s been working on the game for a year and a half. From zero to a hundred on one build [of the game], it took him 48/49 hours. The thing is, he knew what he was doing is the crazy part.”

Bear in mind, that’s 50 hours for someone who has been testing this game since the testing process began. For someone going in blind and attempting to get a 100% completion, you can expect it to take up to as much as 80 hours according to an estimation from Ashraf. Is that enough value for money?

Assassin’s Creed IV: Black Flag releases on October 29th for Xbox 360, PS3, Wii U and PC in North America, and will launch on November 15th for the PS4. It will also be coming to the Xbox One on November 22nd.