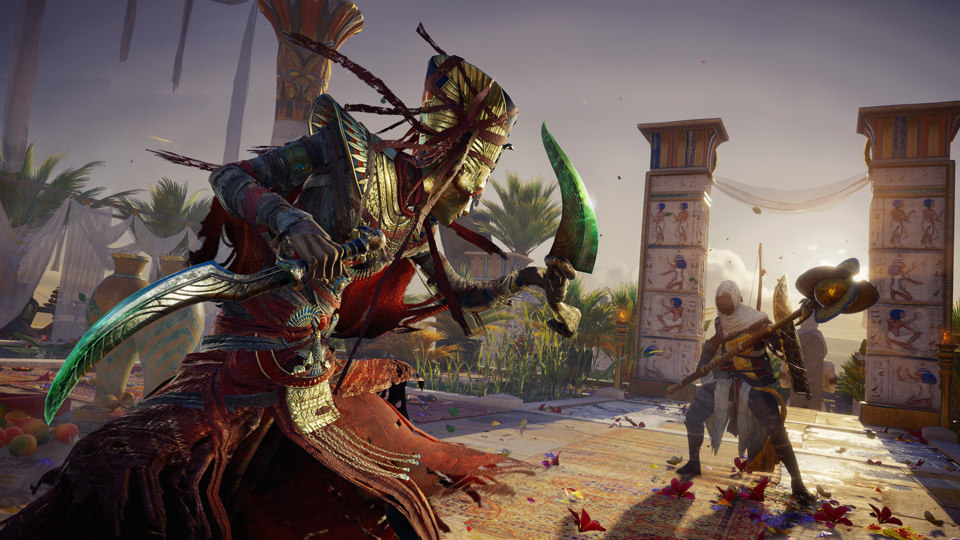 A brand new video for Assassin’s Creed Origins, courtesy of IGN, shows us the first fifteen minutes of gameplay footage for the upcoming story DLC pack, Curse of the Pharaoh. This is the most representative look we have had at the upcoming expansion, and what exactly we can expect from it, so far.

The best part is, at least for all of you who care about graphics (which, judging by a lot of the comments in the comment section, is a whole lot of you), is that the video has been captured in 4K- so the game, which is a feat of technical graphics, looks gorgeous.

Assassin’s Creed Origins: Curse of the Pharaoh is due out on the Xbox One, PS4, and PC; it is set four years after the story of Origins proper, and features Bayek investigating a curse that causes dead pharaohs to rise. Spooky, isn’t it?