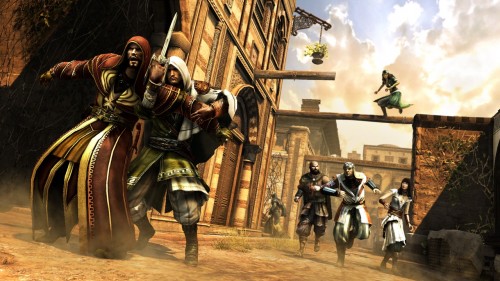 Assassin’s Creed: Revelations debuted strongly on the UK charts this week, coming in second behind Modern Warfare 3. As it turns out, it was also the biggest launch in the UK region in the entire Assassin’s Creed series.

Revelations outperformed last year’s Brotherhood, selling 4% more copies and gathering 8% more revenue. The game was slip rather equally between the PS3 and Xbox 360 versions, which the former getting 44% of the copies sold and the latter getting 54%.

Chart Track also pointed out the Assassin’s Creed: Revelations sold most of its shipped copies for the region- 61%, to be precise- in the first 24 hours, and was also the first game in the series to be released on a Tuesday.

Revelations releases on the PC next month too, so those of who you don’t own a console should gear up for its launch.