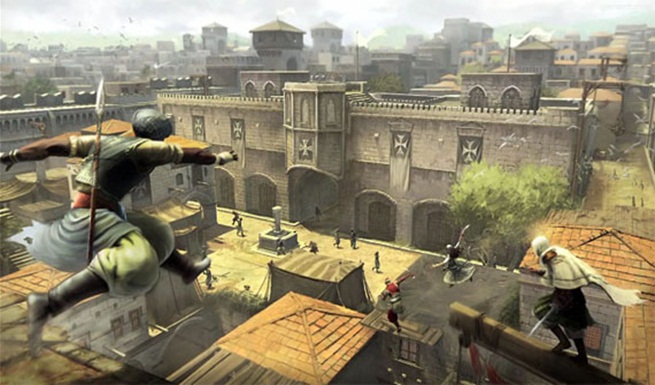 Ubisoft have let out some new details regarding the upcoming Assassin’s Creed sequel, Revelations.

According to the press release “Assassin’s Creed Revelations follows master assassin Ezio Auditore as he walks in the footsteps of his legendary mentor, Altaïr, on a journey to recover five ancient seals that hold the keys to the future of the Assassins brotherhood. It is a perilous path – one that will take Ezio to Constantinople, the heart of the Ottoman Empire, where a growing army of Templars threatens to destabilize the region.”

The game features include: