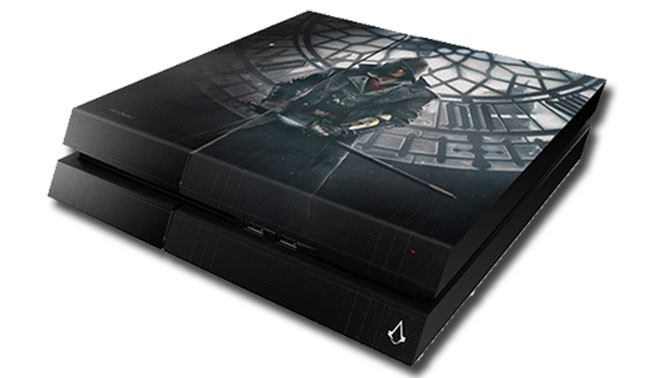 Assassin’s Creed Syndicate, which takes the series into the long awaited Victorian era London locale, was announced recently, and correspondingly, Ubisoft opened a Rewards program that lets players complete activities and win prizes. One of the prizes that seem to be available? That really striking PS4 skin that you see above, that lets you splash the game’s protagonist, Jacob Frye, on to your console.

It looks amazingly understated and classy- I’m not one to have any embellishments or decorations on my consoles (I own the Zelda Wii U, and heartily wish I could have just a regular one every single day), but that is not something I would be averse to getting for myself.

The only downside so far appears to be that the game is restricted to those with American Uplay logins- meaning that people outside of the United States cannot, as of right now, get their hands on this. Of course, there is always the possibility of Ubisoft just bringing this over to other territories as well.