And it will apparently make sense, too! 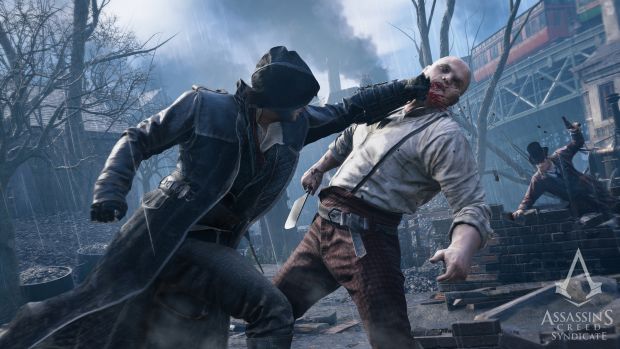 Remember the present day storyline in Assassin’s Creed? The meta narrative was originally supposed to be the ‘main’ story of the franchise, which would be neatly wrapped up in a trilogy; however, as time went on, it got more and more convoluted, with Ubisoft choosing to largely ignore it with Assassin’s Creed IV: Black Flag and Assassin’s Creed Unity.

However, that will no longer be the case with Assassin’s Creed Syndicate, which, according to an interview the developers had with Gamespot, will not only bring the present day storyline back, but, more incredibly, it will actually make sense of all of it.

“The Assassin’s Creed series story is still going somewhere, absolutely,” creative director Marc-Alexis Cote. “The overarching story is divided up into cycles. So we had what we called the Desmond cycle, which ended with AC3. Black Flag was the transition point between the Desmond cycle and the new cycle.

“I can’t go into details about the present-day story, other than to say it is coming back, it is going to make sense for our players, and they’re going to understand the conflict between the Assassins and the Templars.”

Good luck, guys. You’re going to need a copious amount of that to actually try to make sense of the mess that the present day storyline is currently.