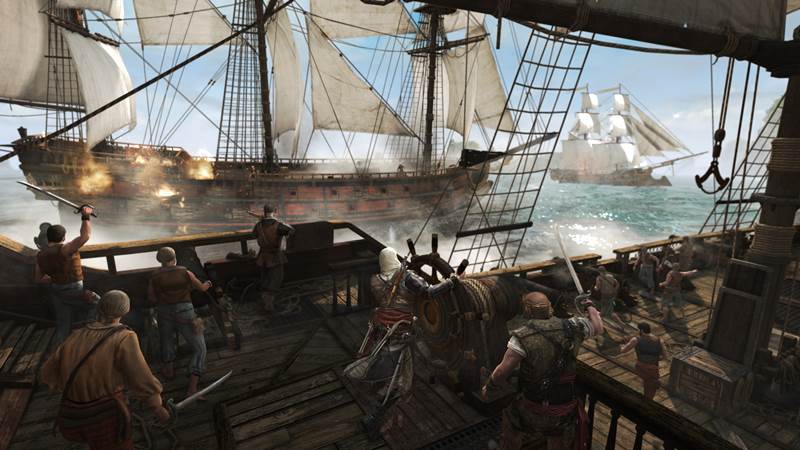 Speaking to IGN at the recent BAFTA Awards, Ismail stated that, “With Assassin’s Creed we always say that history is our playground. When we chose the pirate setting, obviously it meant naval battles had to be a core element of the game. The questions are always about what time periods we go into, but that’s a decision based on whether these time periods are interesting for fans, interesting for us as developers, and what it’d mean for the game mechanics.

“We don’t bind ourselves to game mechanics, but we really look at what is interesting historically speaking, and what game mechanics that naturally brings up. Hopefully then, the fans love and enjoy it. I can’t really talk about the future of the brand or where it’s going, I won’t even acknowledge that a game is in the works.

Ismail didn’t confirm whether this means we’ll never naval battles again but including them in AC4 definitely paid off. “It was a risk for us to make it part of the core of an Assassin’s game, but people really took to it and loved it, which is really gratifying for us. Whatever period in time we choose, that’s what dictates the kind of mechanics we put in the game, not the other way around.”

It’s currently rumoured that Ubisoft will announce the next Assassin’s Creed in the months leading up to E3. It’s usually been the case in the past few years, so why not? Stay tuned for more.