We saw no differences but given the sheer size of Assassin’s Creed Unity, it’s best to wait for an official response from Ubisoft.

Ubisoft’s Assassin’s Creed Unity received a third major patch yesterday across the PlayStation and Xbox One versions. The patch weighed in a massive 2.76 GB with Ubisoft claiming that it will fix over 300 bugs in Assassin’s Creed Unity. However a number of rumors have erupted claiming that the patch has actually downgraded the lighting system on the PlayStation 4 version.

For this purpose we have captured a number of screenshots which shows the comparison between the patched and the pre-patched versions. The screenshots have been taken under different lighting conditions so that we can verify if there is any truth to those rumors and whether Ubisoft have indeed made any changes to the lighting system.

However after much inspection and analysis, we have seen next to no difference between the two versions. The reflections on objects and light bouncing on walls all seem consistent with the pre-patch version. However given that Unity is a massive open world game, it will be difficult to assess whether there are any changes. We hope that Ubisoft will come out with an official statement on this soon. 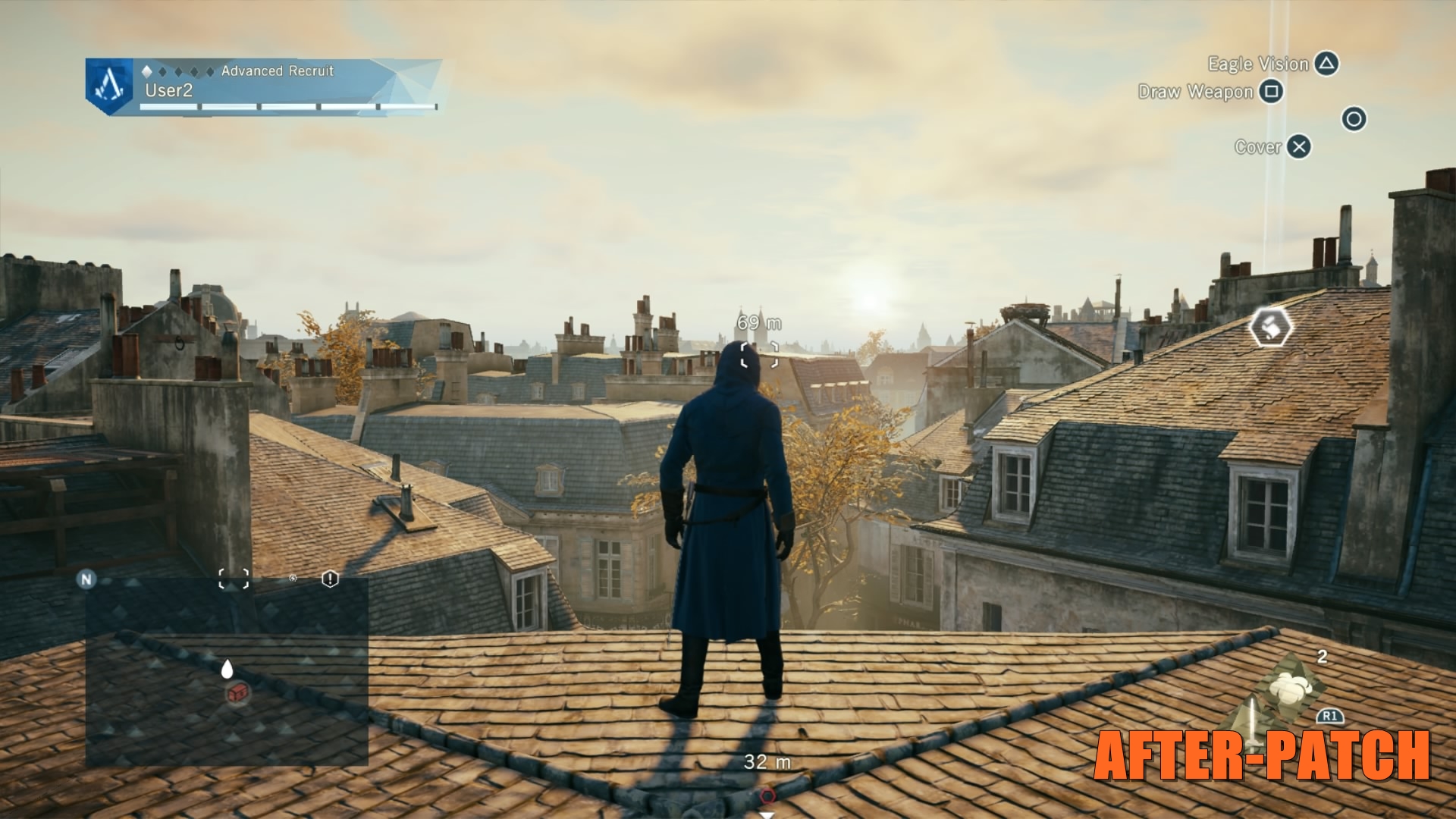 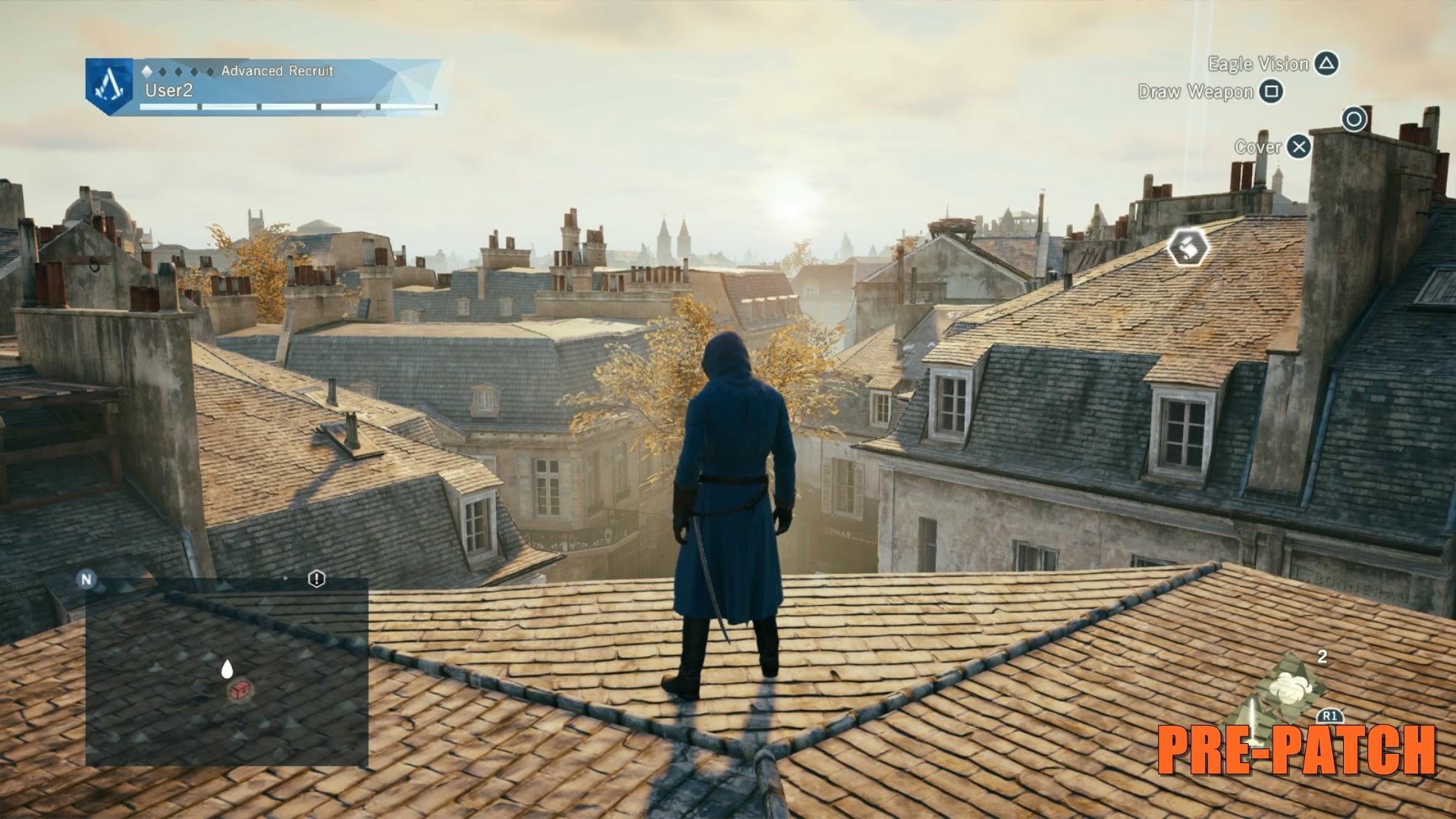 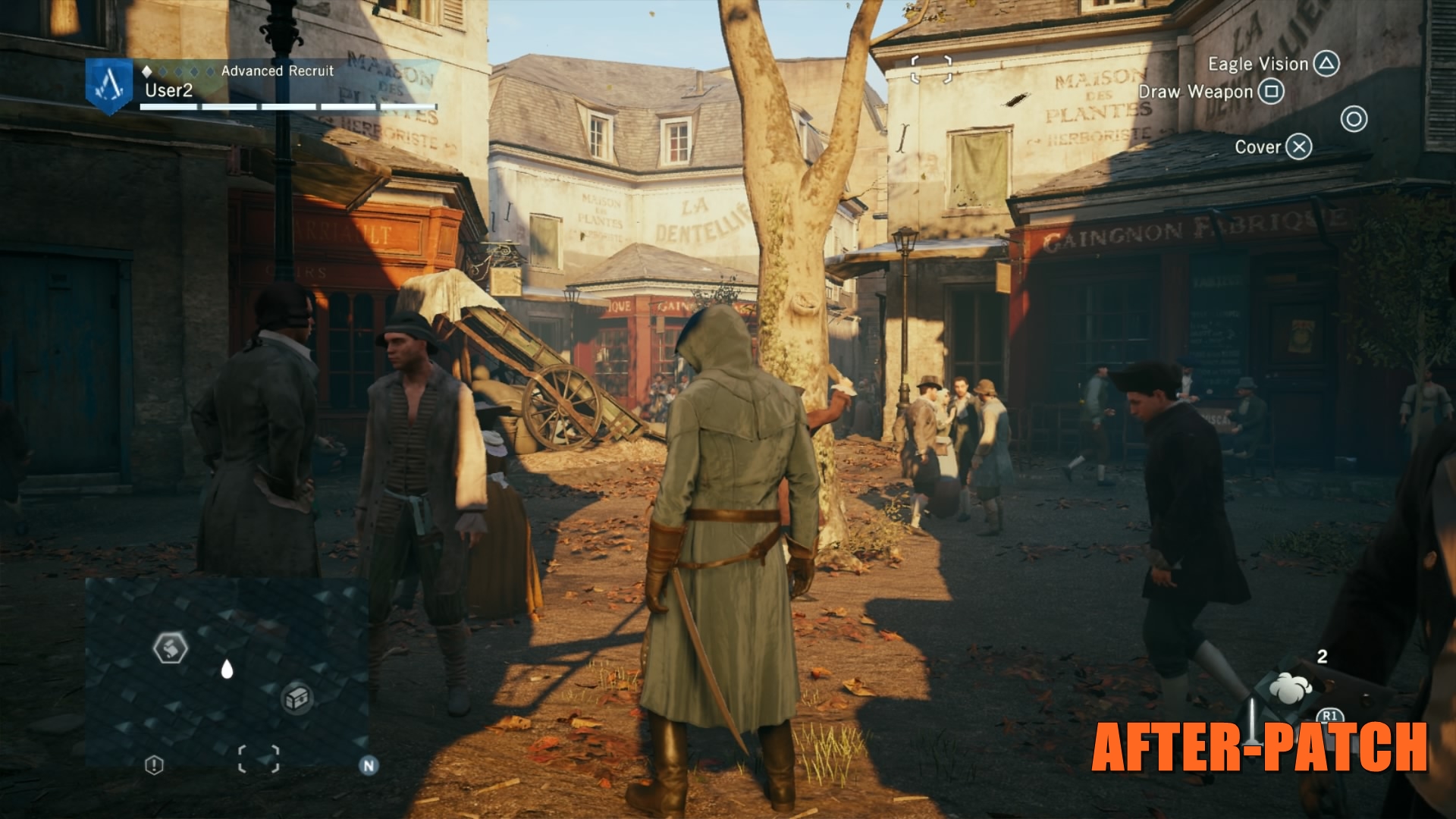 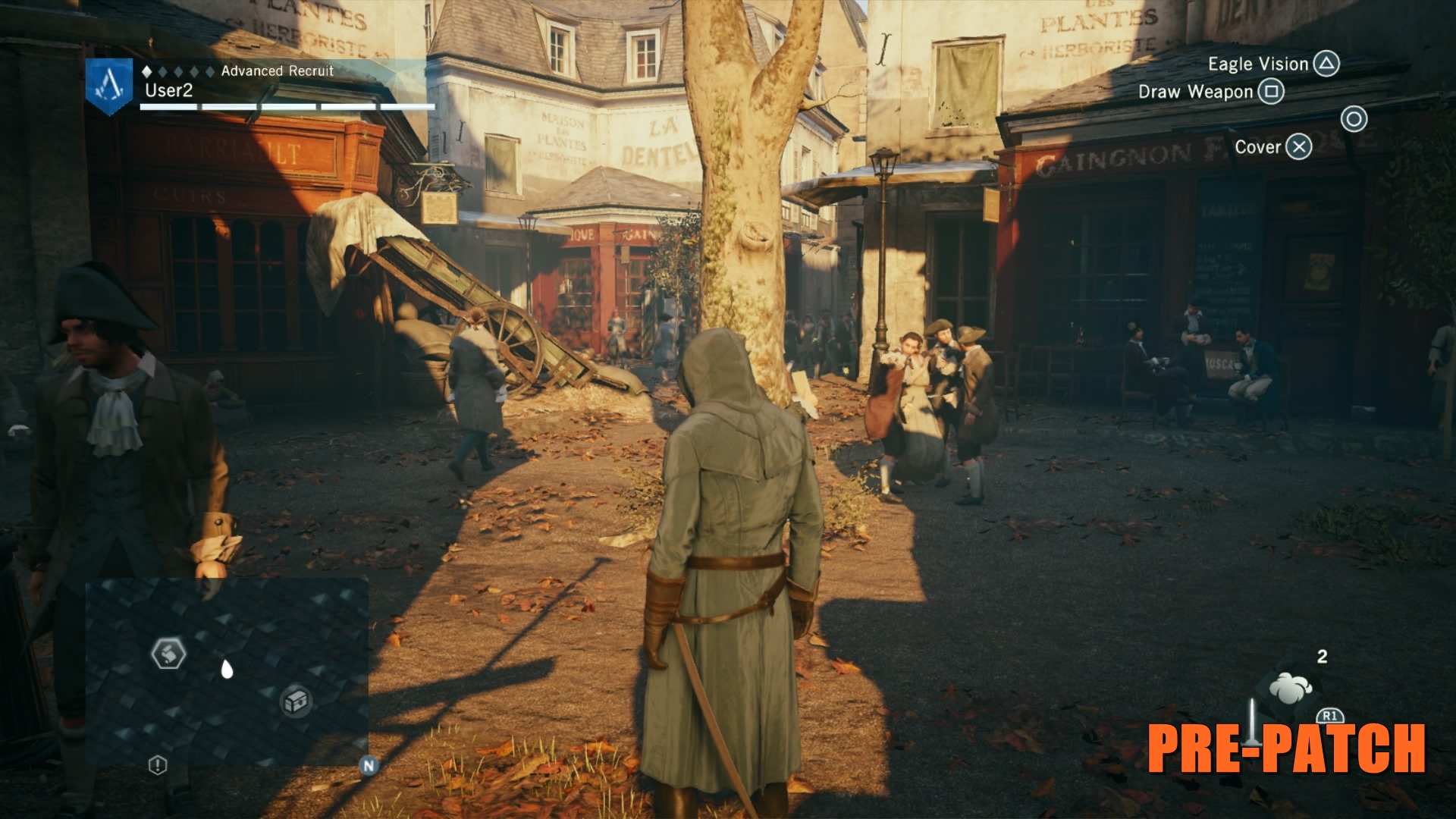 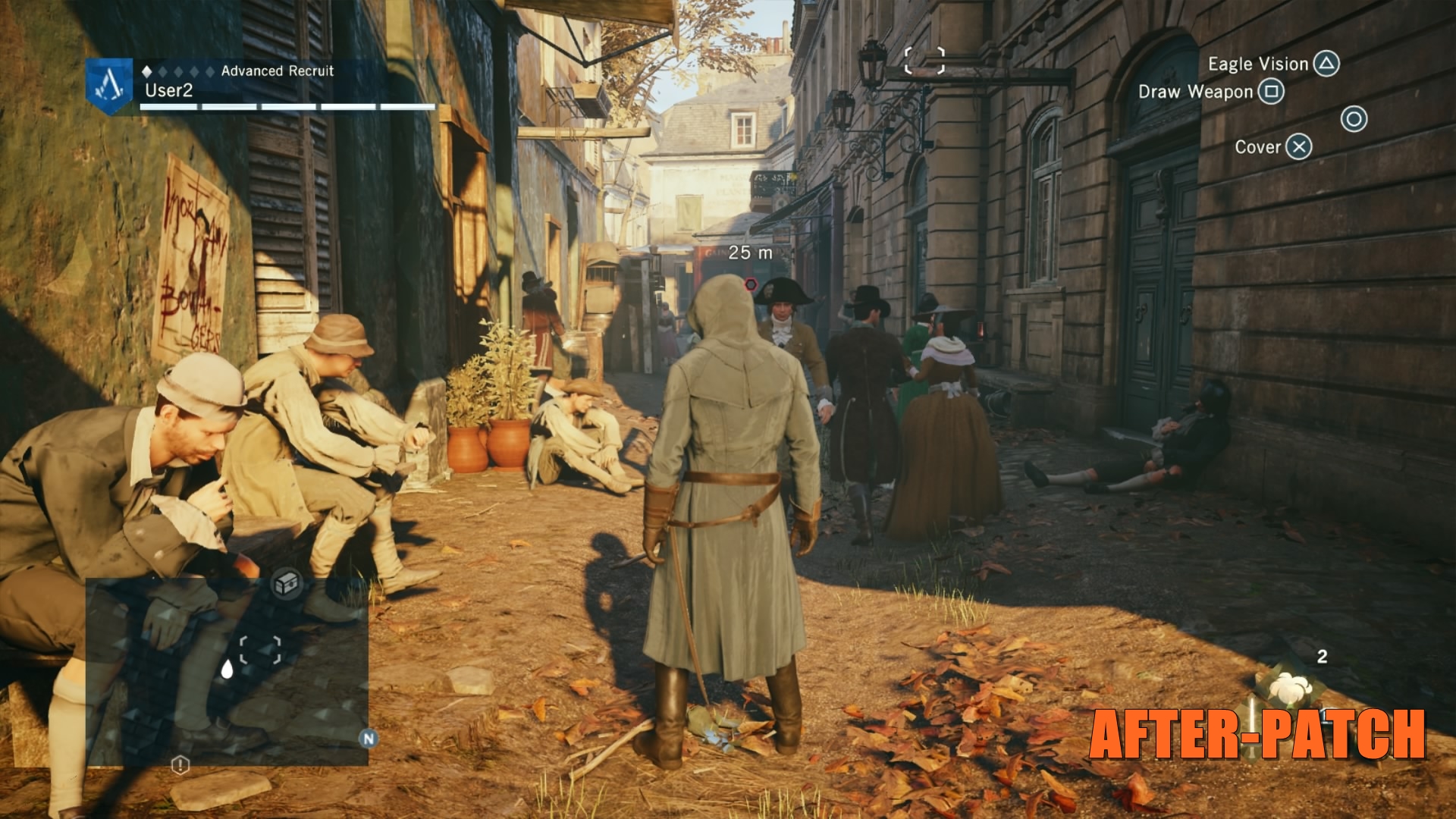 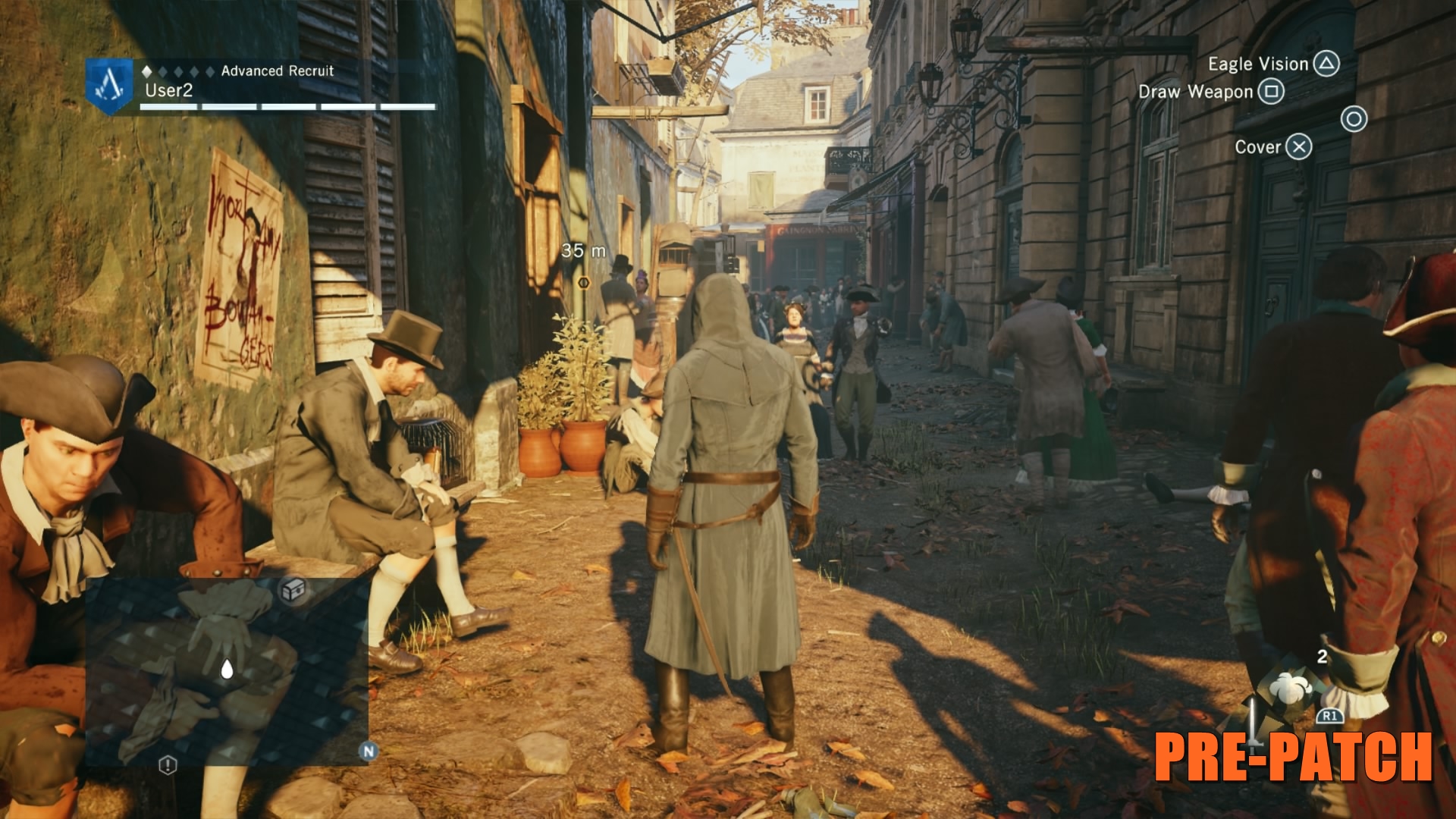 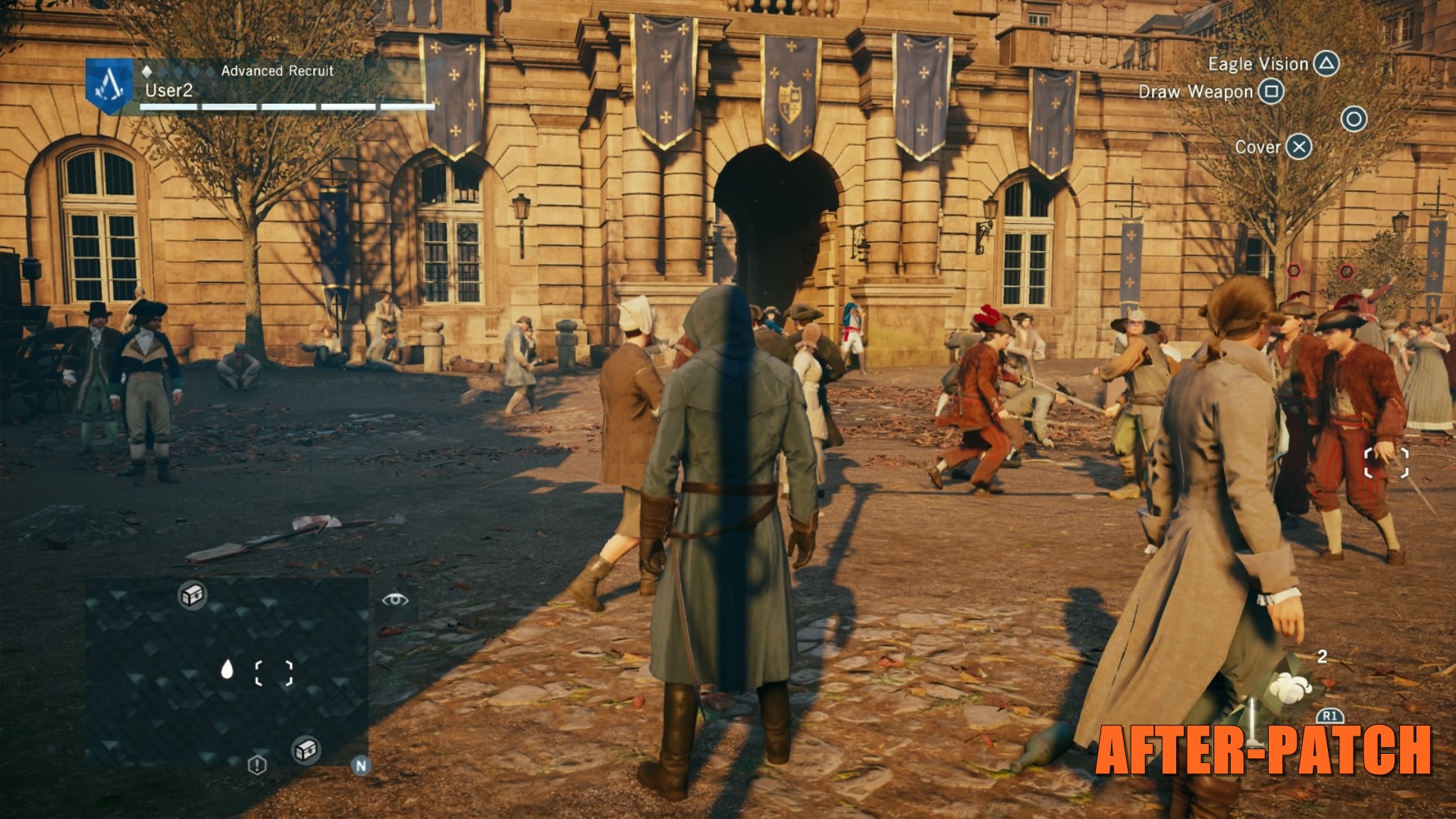 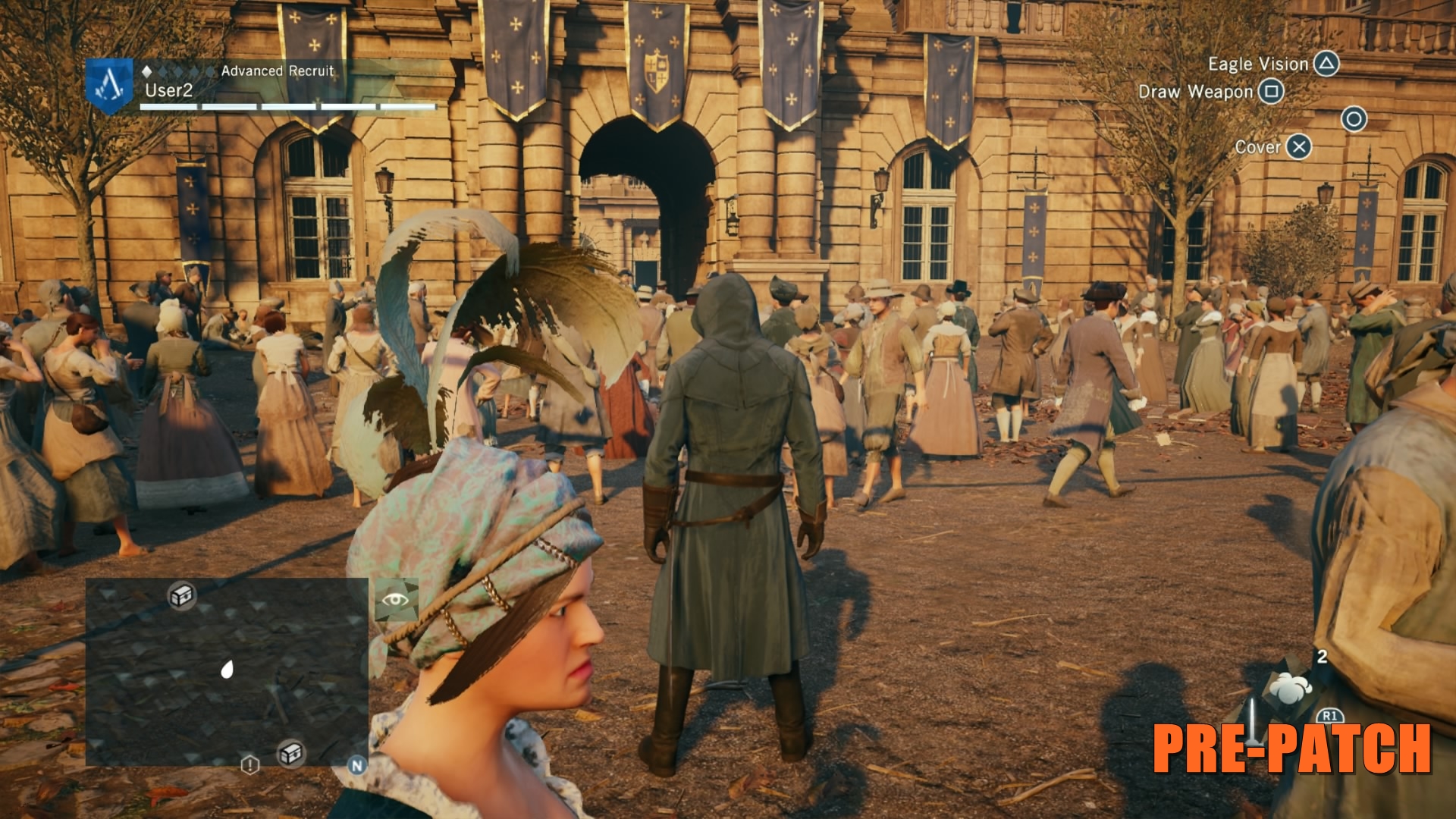 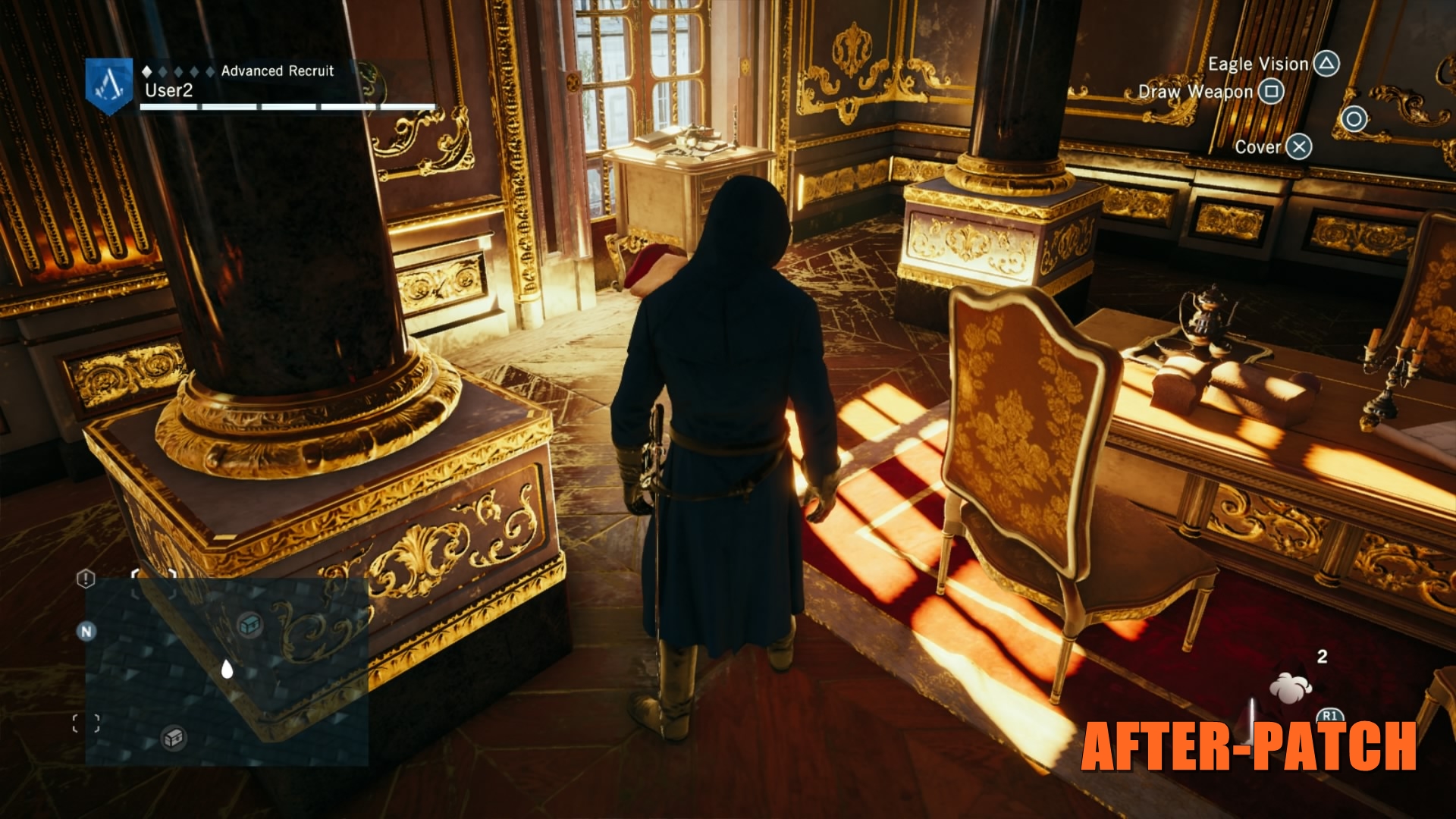 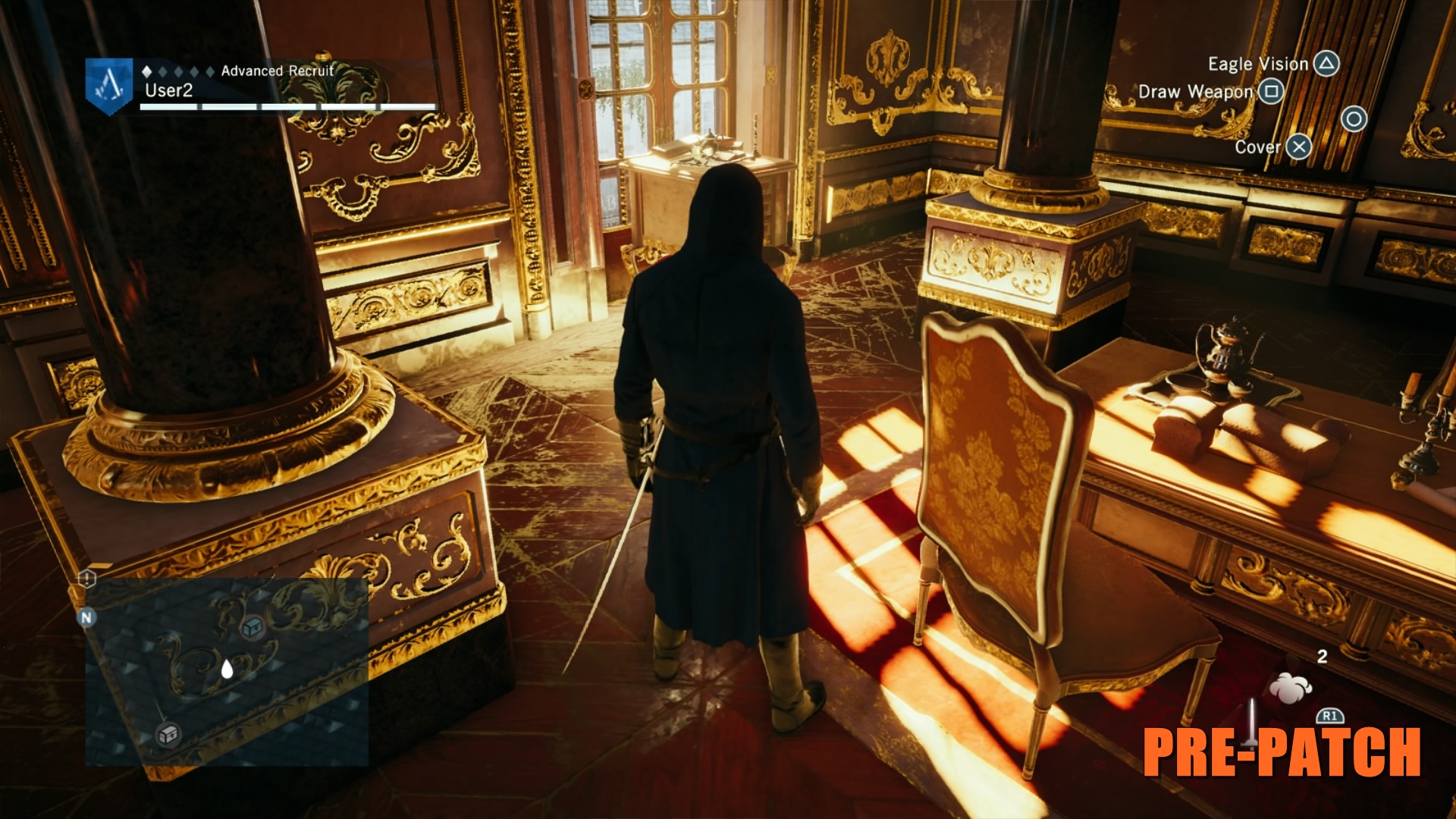 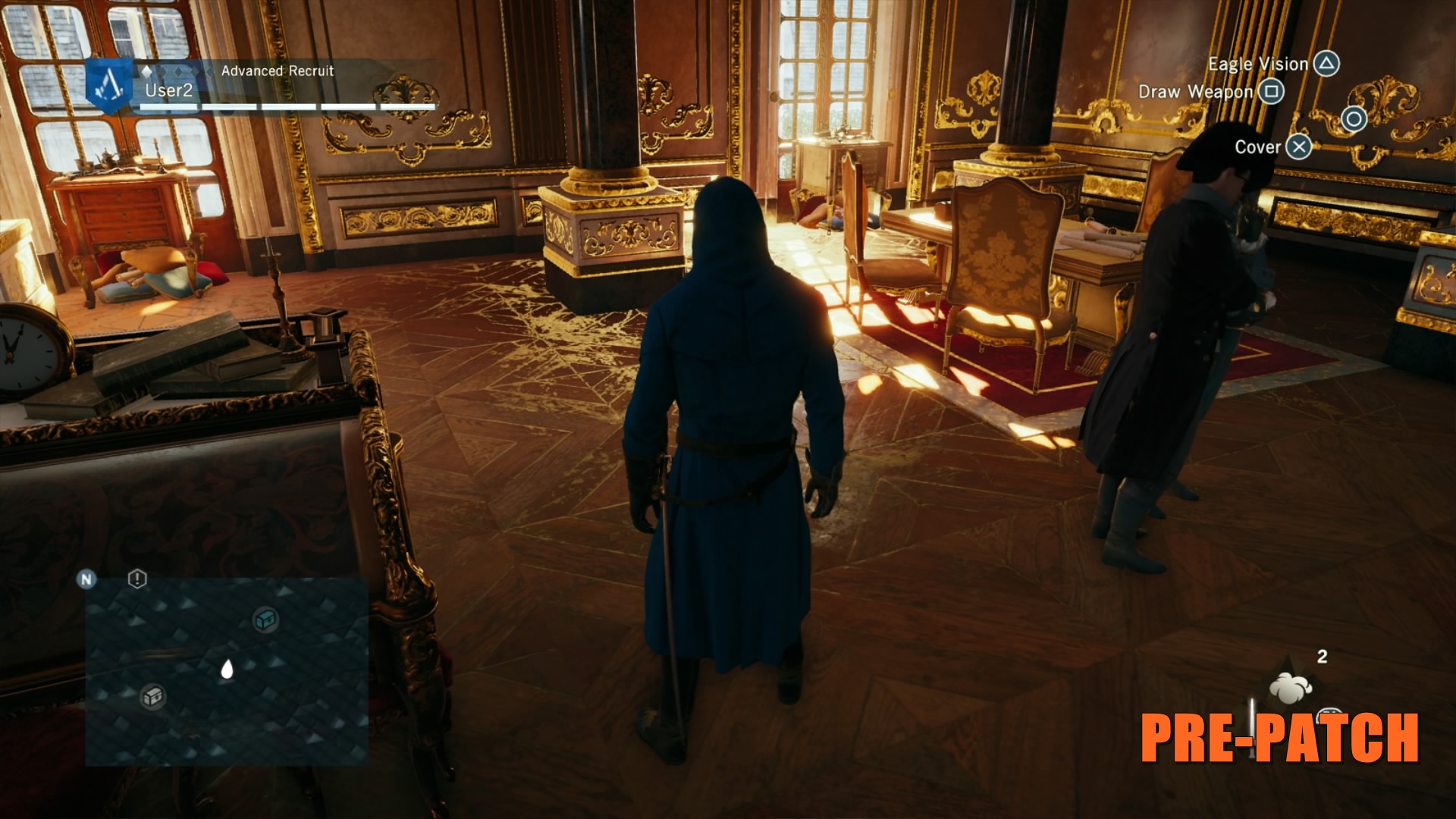 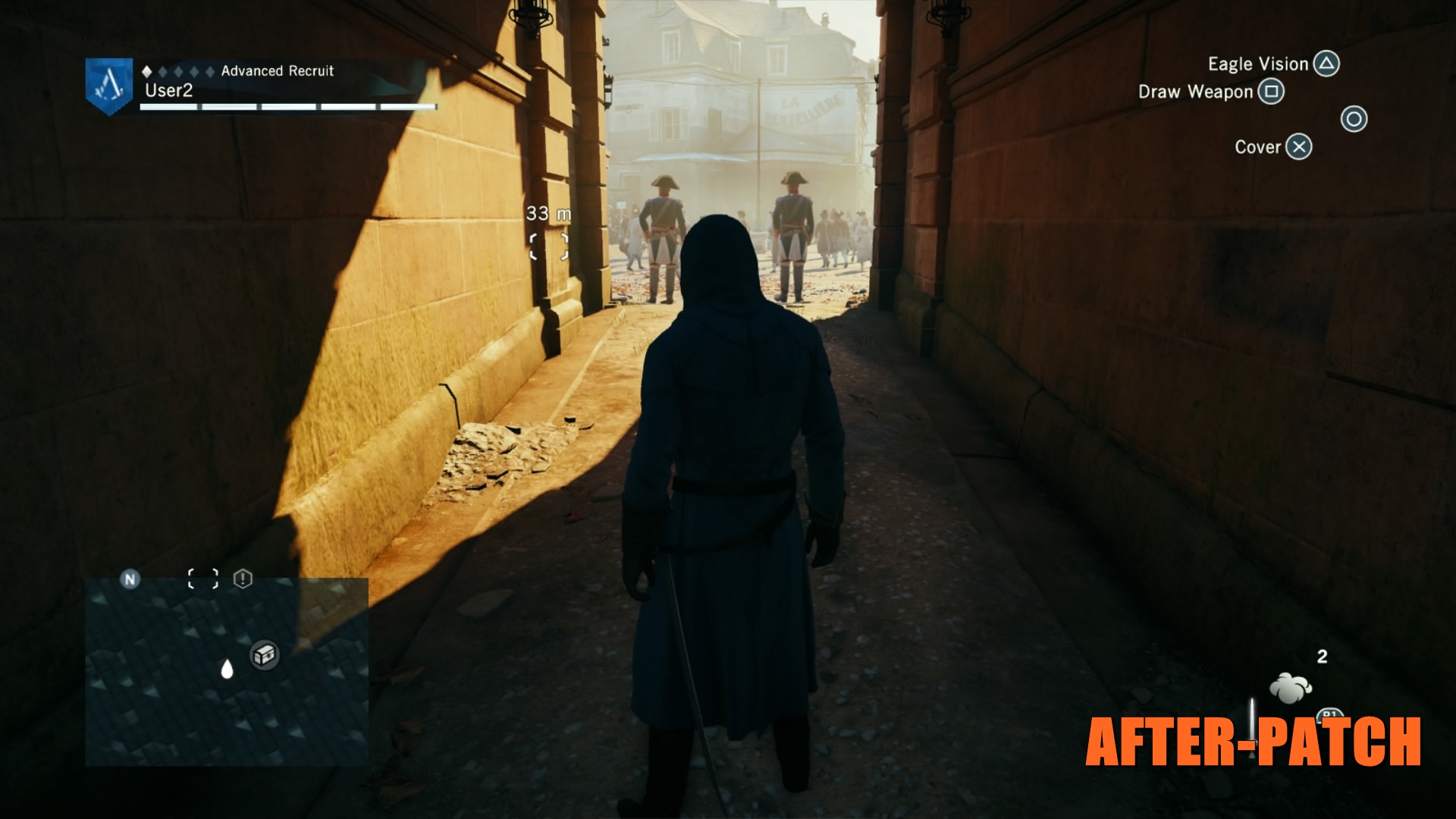 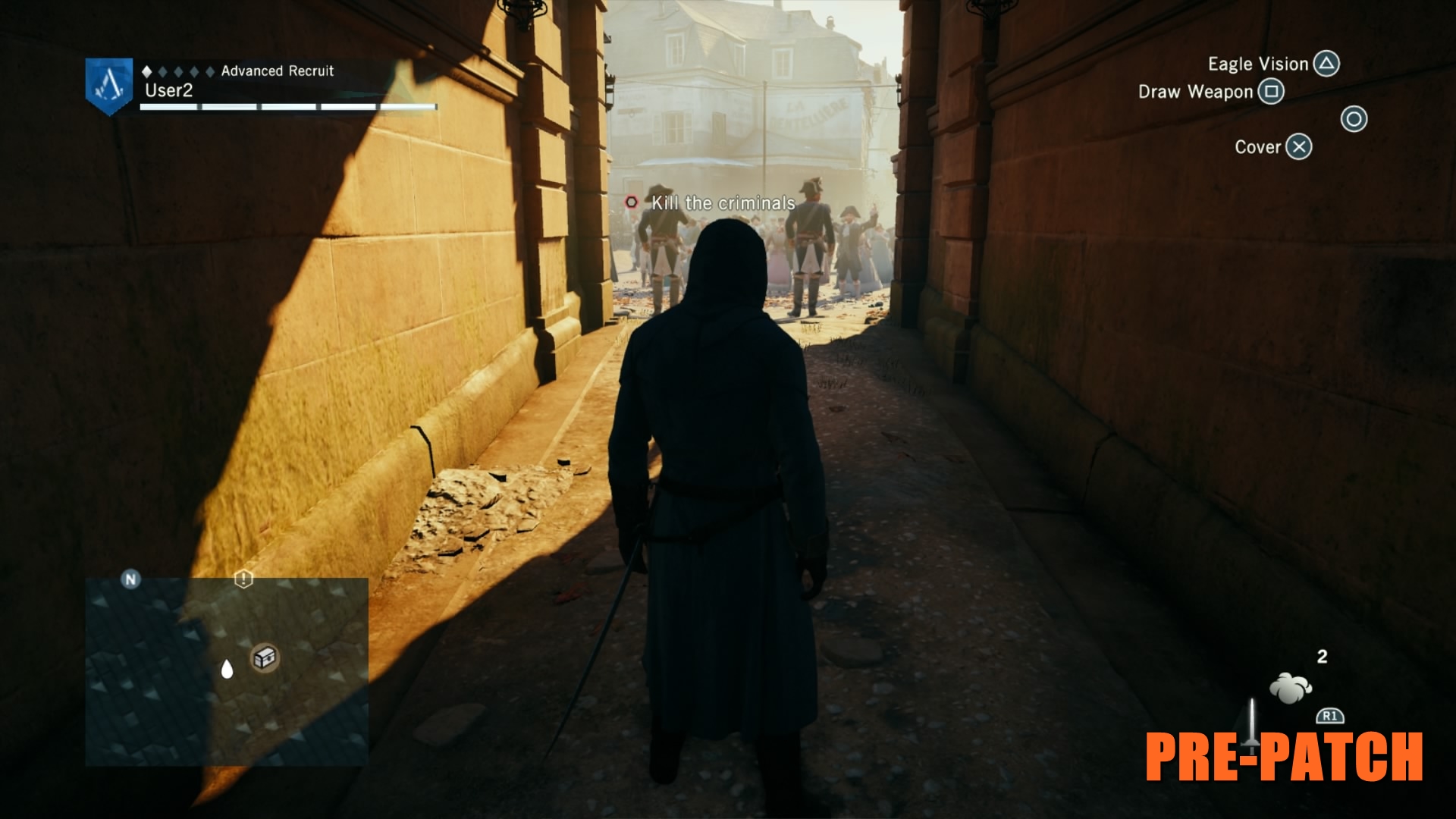 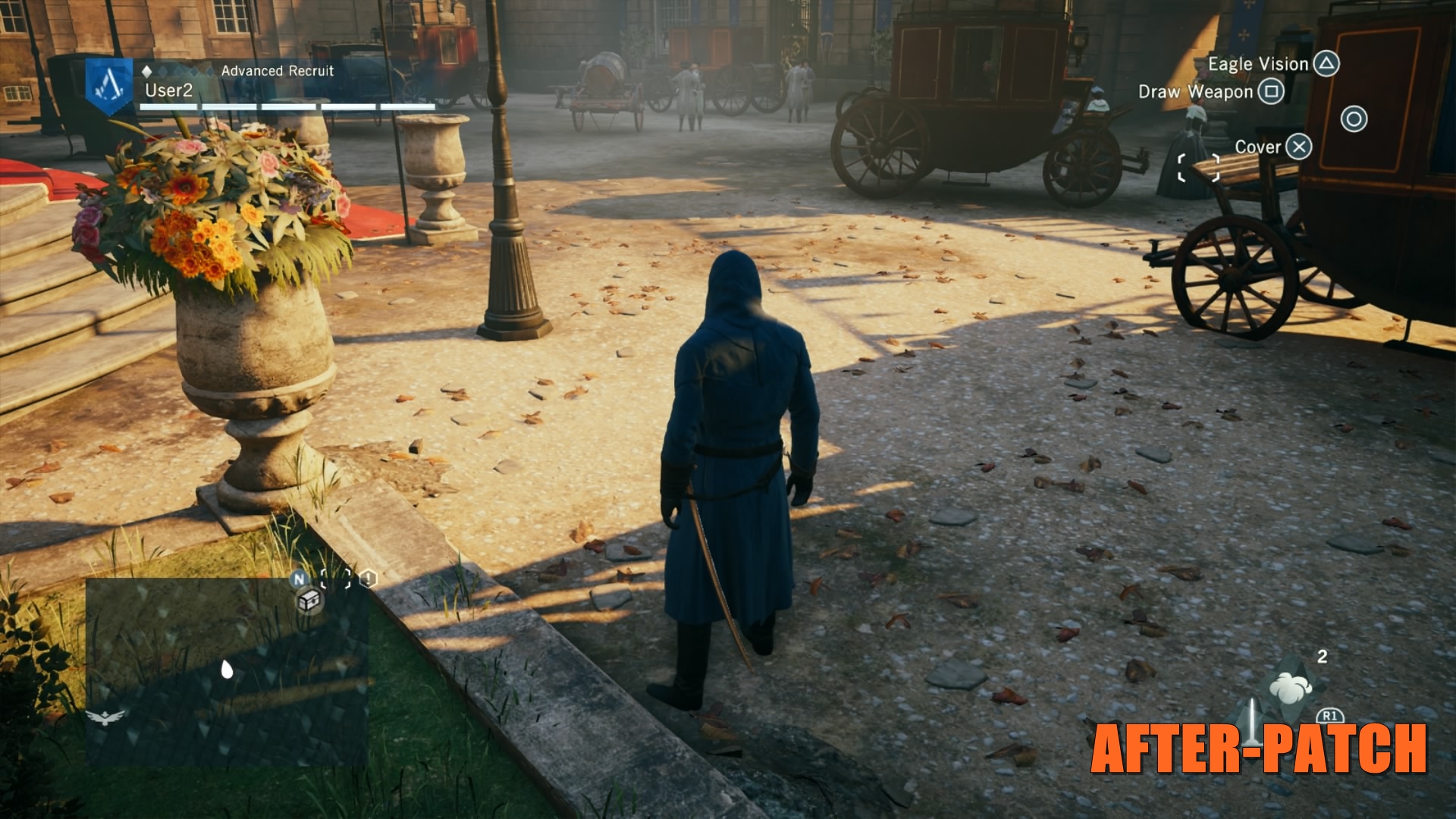 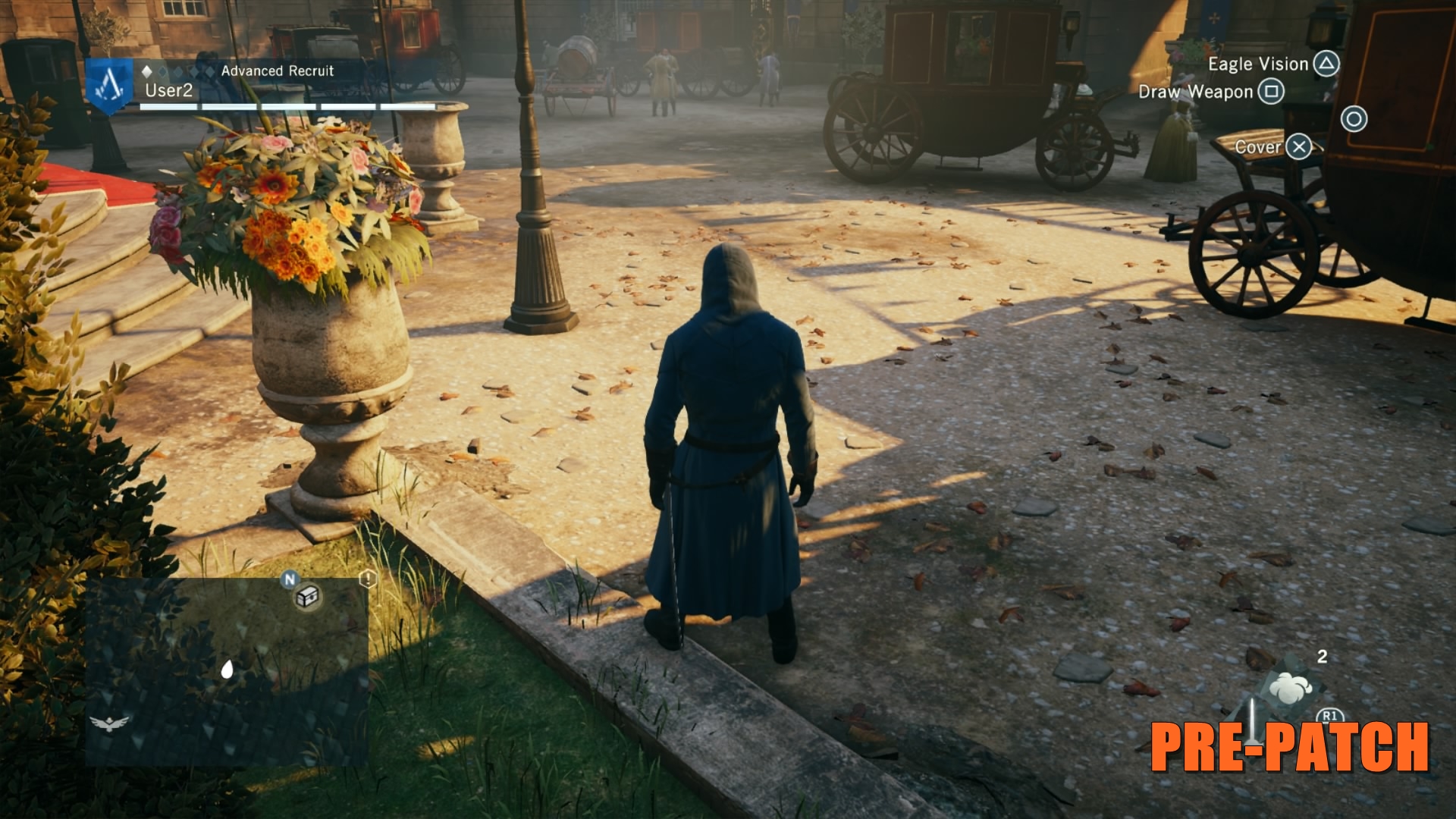 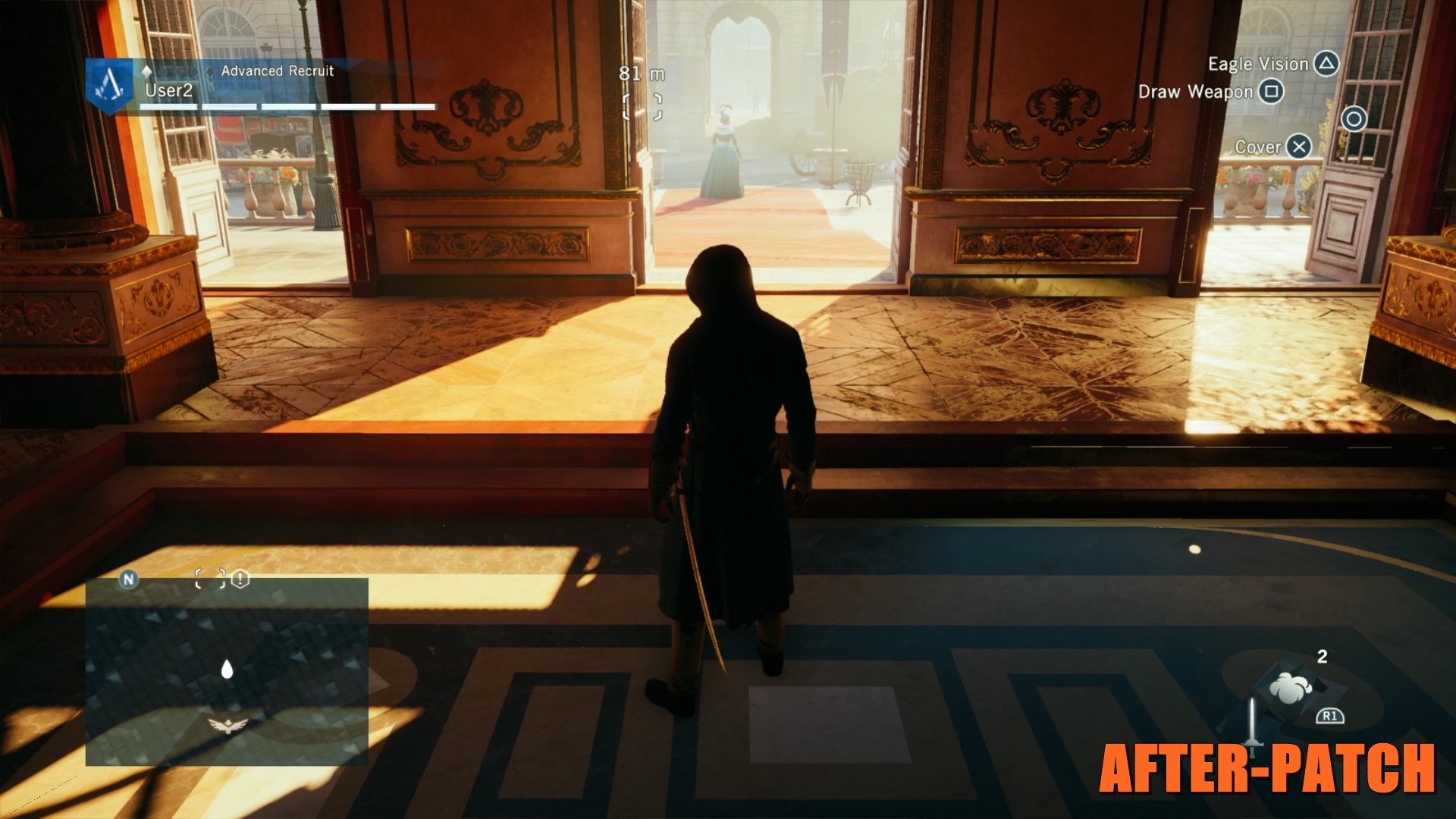 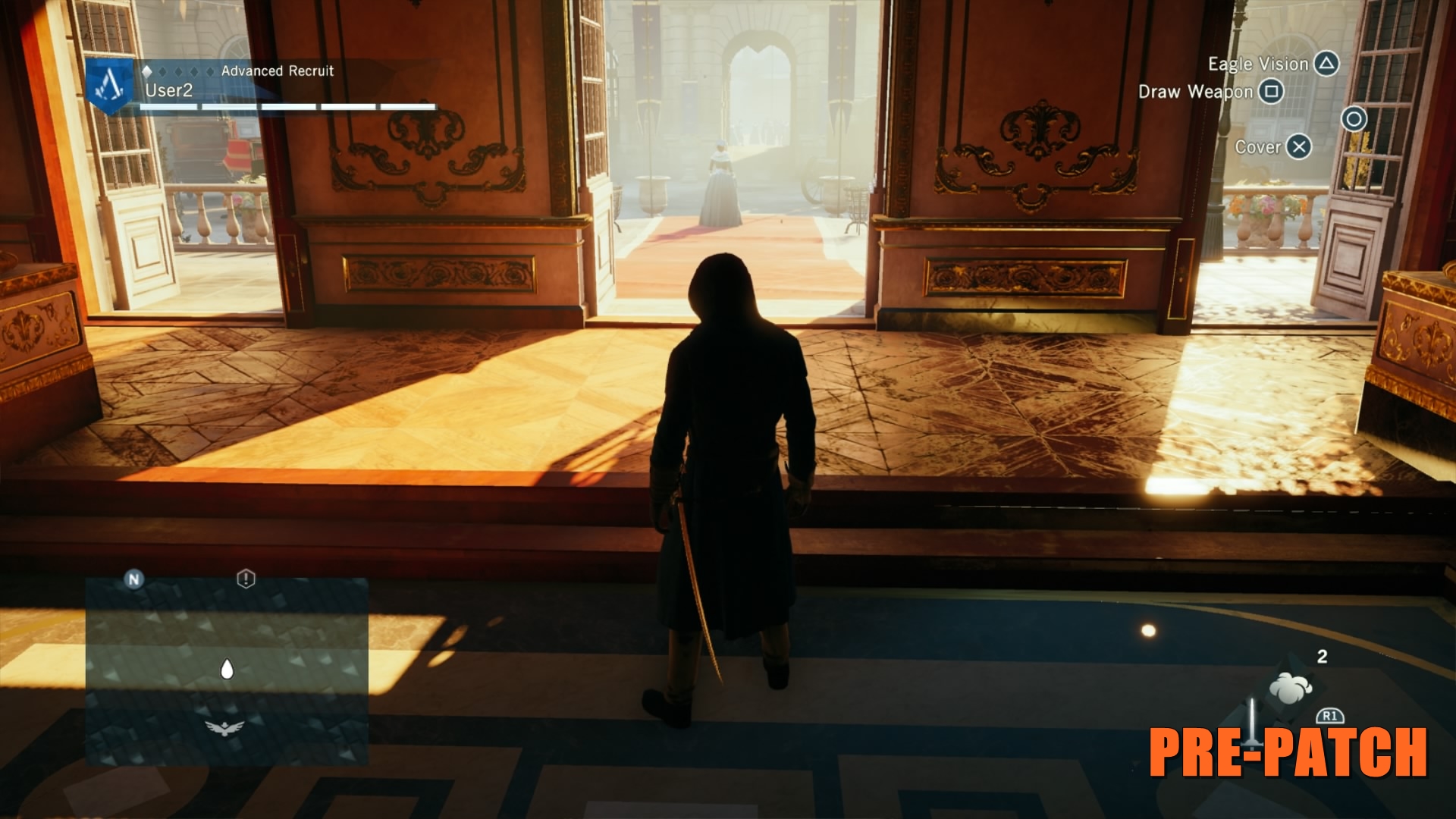 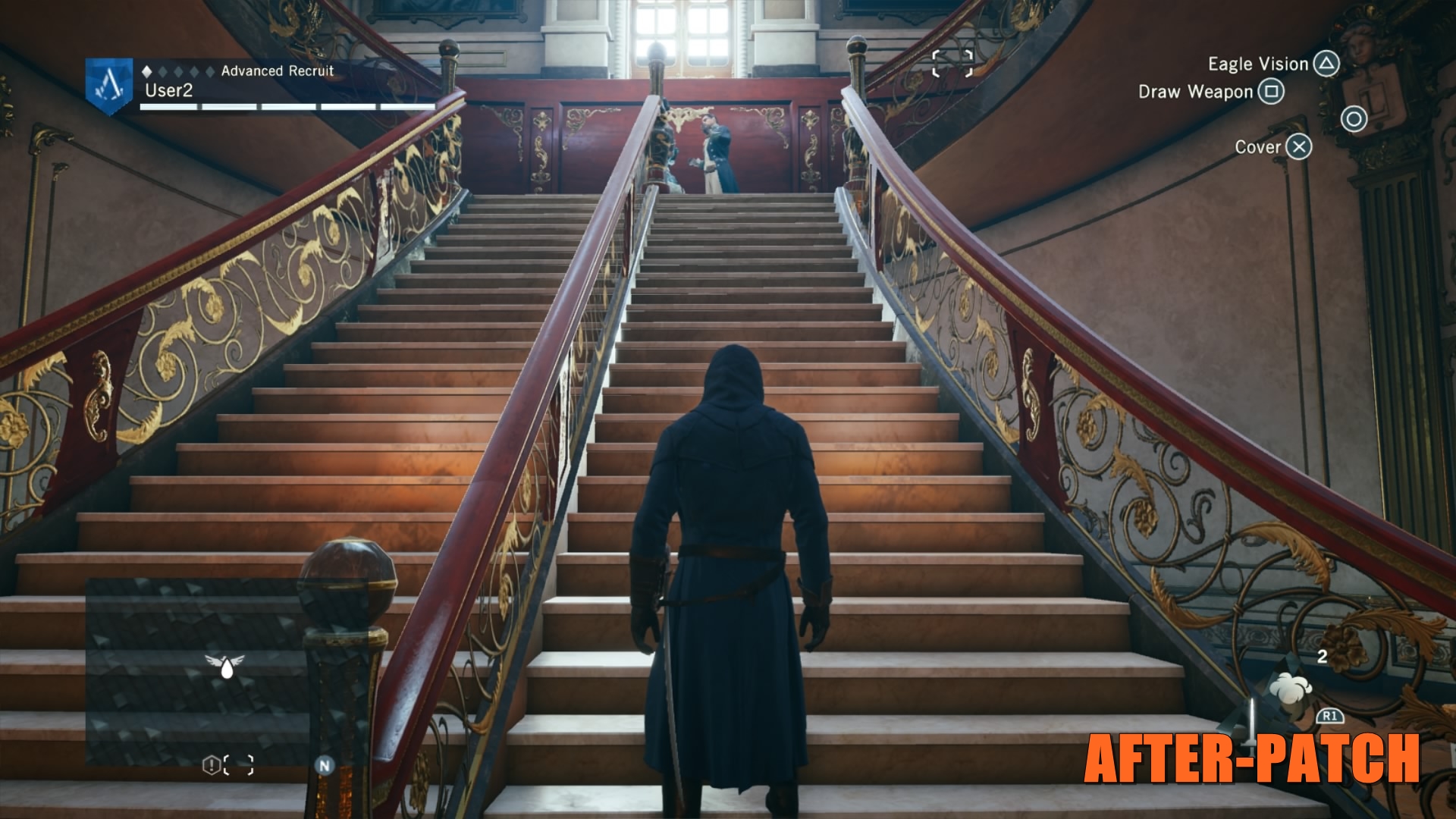 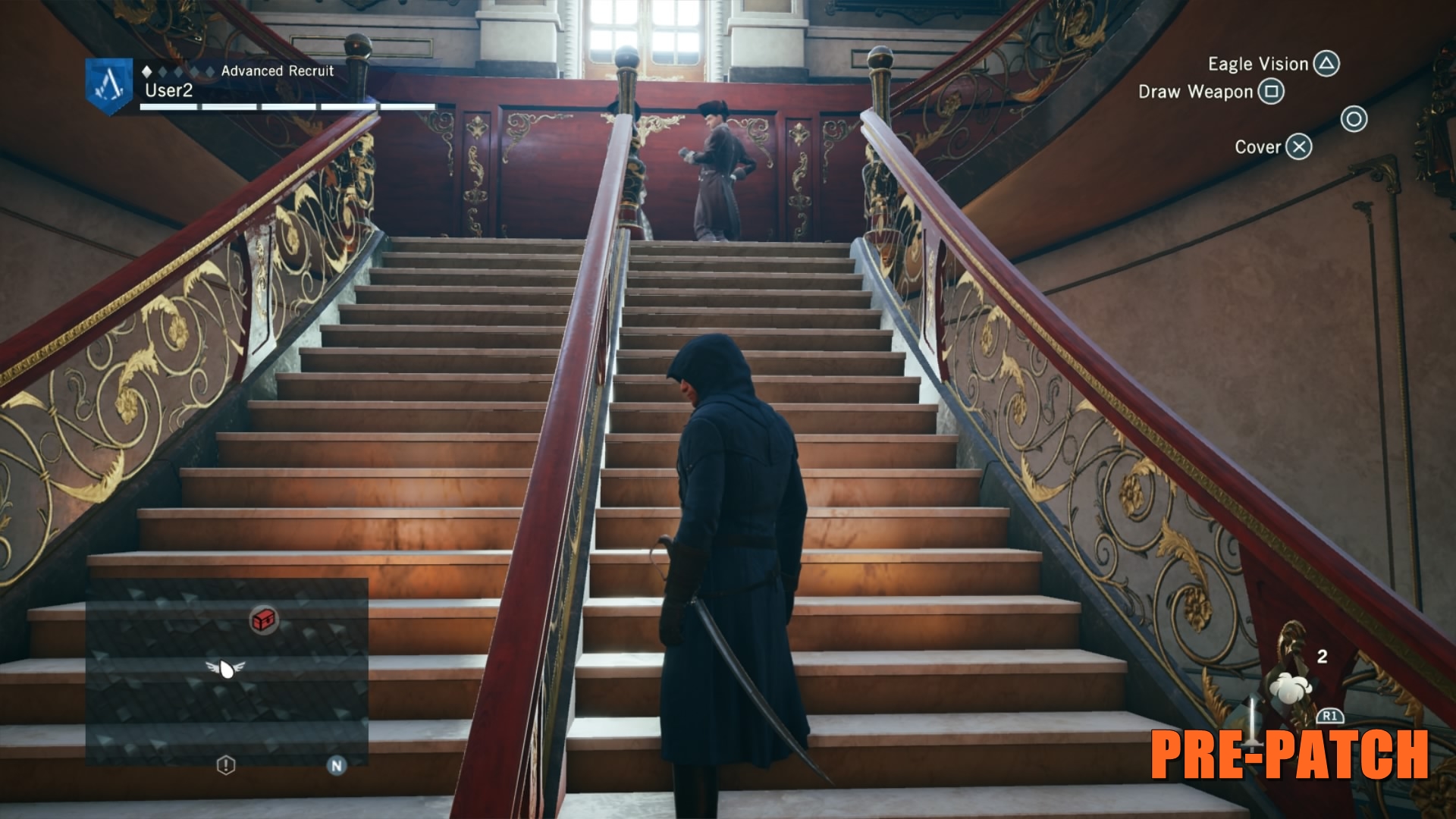 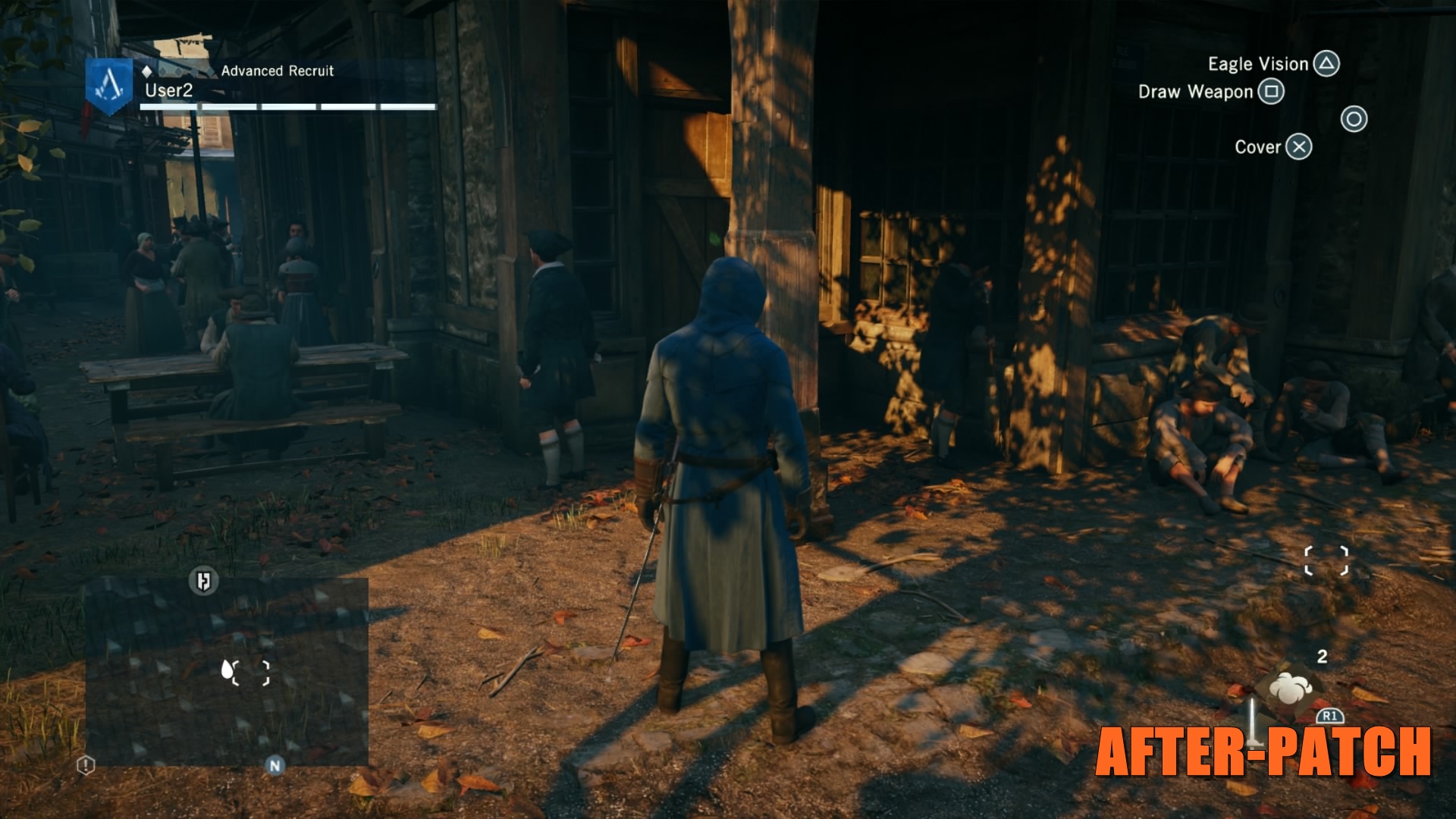 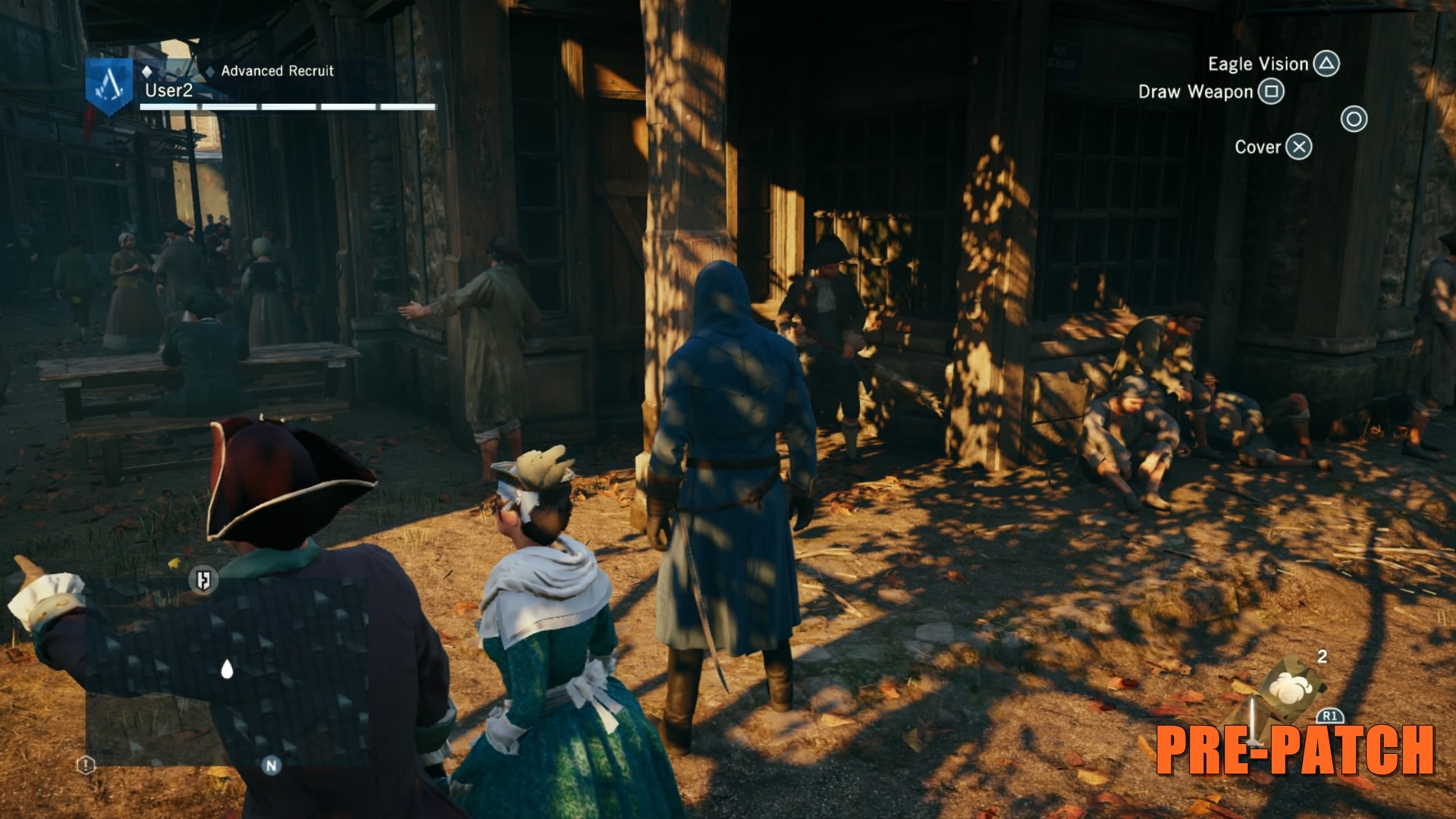