It took 18 months for the developers to finalize the animations. 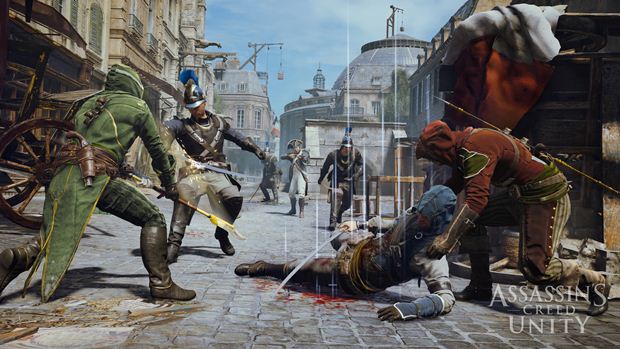 Assassin’s Creed Unity is one of the most anticipated titles of this year and being a current generation exclusive, Ubisoft Montreal are expected to utilize PS4 and Xbox One to their full potential. Assassin’s Creed has always laid a strong emphasis on NPC and their respective behaviors and animations so it’s interesting to know how Unity will be pushing boundaries in that regard.

Ubisoft Montreal’s last major game i.e. Watch Dogs had over 13,000 unique animations, so considering that Unity is coming from the same studio, how many will it include?

“For Assassin’s Creed Unity, our somewhat final animation numbers: Navigation – around 4500, Fight – around 2500, NPC/crowds/guards – almost 7000 for a grand total around 14000. With a team of veteran, we were able to made the majority of these animations in the last 1.5 years,” Steven Dickinson, Lead Animator said to GamingBolt.

Assassin’s Creed IV: Black Flag used a custom AA solution for PS4 and Xbox One. But this time the developers will be using custom temporal AA. “We use a custom form of temporal AA on both platforms. This helps image stability tremendously,” James Therrien, Pipeline technical director said to GamingBolt.

Assassin’s Creed Unity releases next month across PS4, Xbox One and PC.