Still no update on frame rate and stuttering issues. 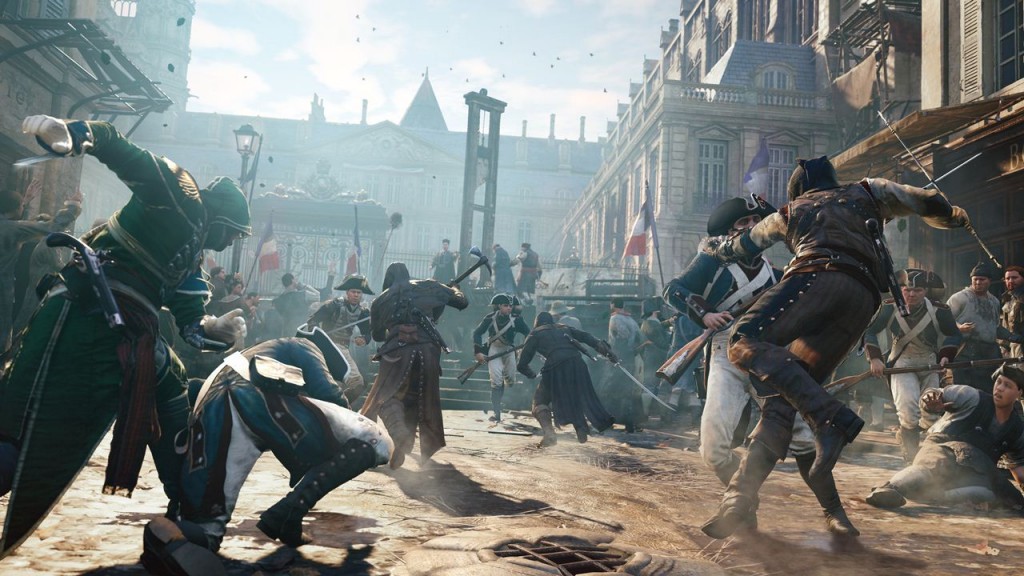 Those of you who have given up on Assassins Creed Unity, because of the numerous bugs and glitches, hold on to your copy, because there may be a glimmer of hope left. Ubisoft has unveiled the third patch and all the details that come with it, and it is a long list of fixes. Keep in mind though that the patch will not fix the weird framerate, but there will be a patch to fix that annoying issue soon.

Ubisoft posted on the live updates blog, that the upcoming patch would fix the problems such AI and NPC issues, matchmaking, connectivity and general stability. Incidentally the game’s second patch was released on Friday which fixed issues such as players falling through the floor and co-op sessions crashing when a player joins.

We just hope that Ubisoft may be able to fix all the problems in the coming weeks, so that they will be able to salvage what is left of their reputation, which so far is going down. Assassins Creed Unity is now available on the PlayStation 4, Xbox one and PC.