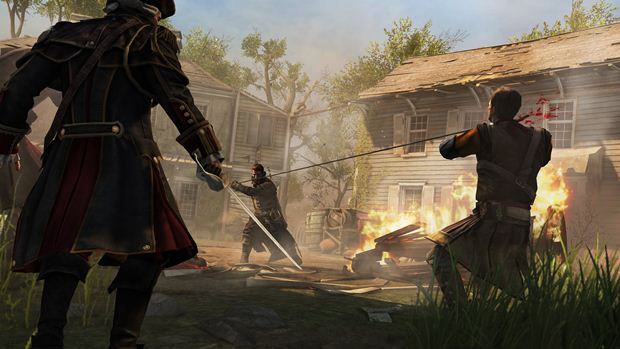 With Ubisoft’s most recent title, Assassin’s Creed Unity, being a travesty at launch and a good example of the problems in modern day gaming, it’s surprising to learn that despite it’s myriad flaws, the game actually out performed it’s far superior predecessor, Assassin’s IV: Creed Black Flag.

Yet, while it beat out the impressive pirate themed Assassin’s Creed title in terms of sales, overall it was smashed aside by Activision’s seemingly unstoppable Call of Duty, with Advanced Warfare taking the top spot by a comfortable margin, leading Assassin’s Creed Unity by around 16,000 sold units.

Call of Duty may have been down on sales by a factor of 77%, but that was still more than enough to beat the wielders of the hidden blade who have, undeniably and factually, seen a decline in quality as the years go on. Assassin’s Creed Rogue only entered the charts at 6th place, putting it too below another popular first person shooter franchise, Halo, with the Master Chief Collection taking the third spot. Fourth and Fifth were held by Fifa 15 and Lego Batman 3.