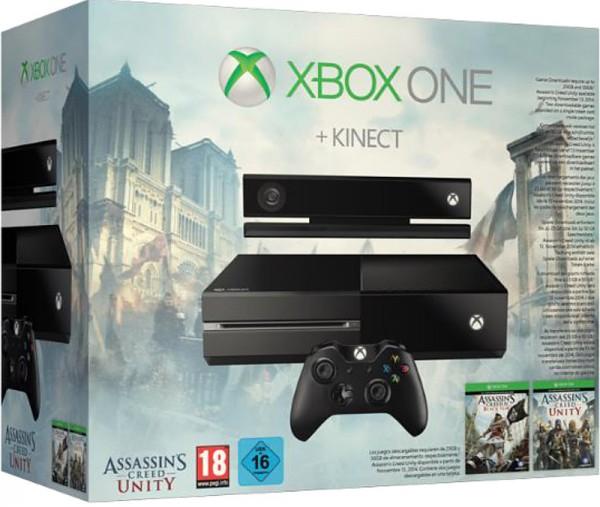 Assassin’s Creed has always been a brand sort of associated with PlayStation- the first game was originally announced as a PlayStation 3 exclusive, and over the years, Ubisoft has continued to partner up with Sony to bring the PlayStation editions of Assassin’s Creed exclusive DLC and content. But something was different this year- Assassin’s Creed: Unitywas shown off at the Xbox E3 conference, and not Sony’s (odd in and of itself); over time, it became more and more clear that Xbox was going to be the co-branding and marketing partner for Assassin’s Creed: Unity, something that came to a head when Ubisoft announced last week that the game would be pared back on all platforms to achieve parity with the Xbox One SKU.

Well, here’s another manifestation of this series of ongoing attempts to make the game associated with the Xbox brand- apparently, there will be an Assassin’s Creed: Unity Xbox One bundle, and it will set you back by €509.99, featuring the game, the console, and Kinect. A Kinect-less variant is also to be found for a much cheaper €409.99. Both these SKUs will apparently also include Assassin’s Creed IV: Black Flag, so it sounds like a good deal all around.

The bundles so far have only been spotted via leaks in Europe, and have neither been officially confirmed, nor leaked in the US. We’ll keep you posted if there are any more developments.