With an emphasis on storytelling, action-heavy combat, and free exploration in a setting inspired by ancient Rome and Greece, Acme Gamestudio’s upcoming action RPG Asterigos is making some interesting promises, especially for those who tend to enjoy offerings in the genre. Due out this year for PlayStation consoles and PC, it’s made a solid early impression, so to learn more about Asterigos and what’s going to make it tick, we recently reached out to its developers with a few of our questions about the game. You can read our conversation with them below.

Can you talk about how Asterigos’ setting, the city of Aphes, is structured? Is it a seamless, freely explorable world, or does the game have a more directed and linear design?

The city of Aphes is an all-connected world but it is not an open world. But we do grant the players the freedom to explore the area as there are many routes and secret passages that would surprise you, as well as many discoverable points of interest. 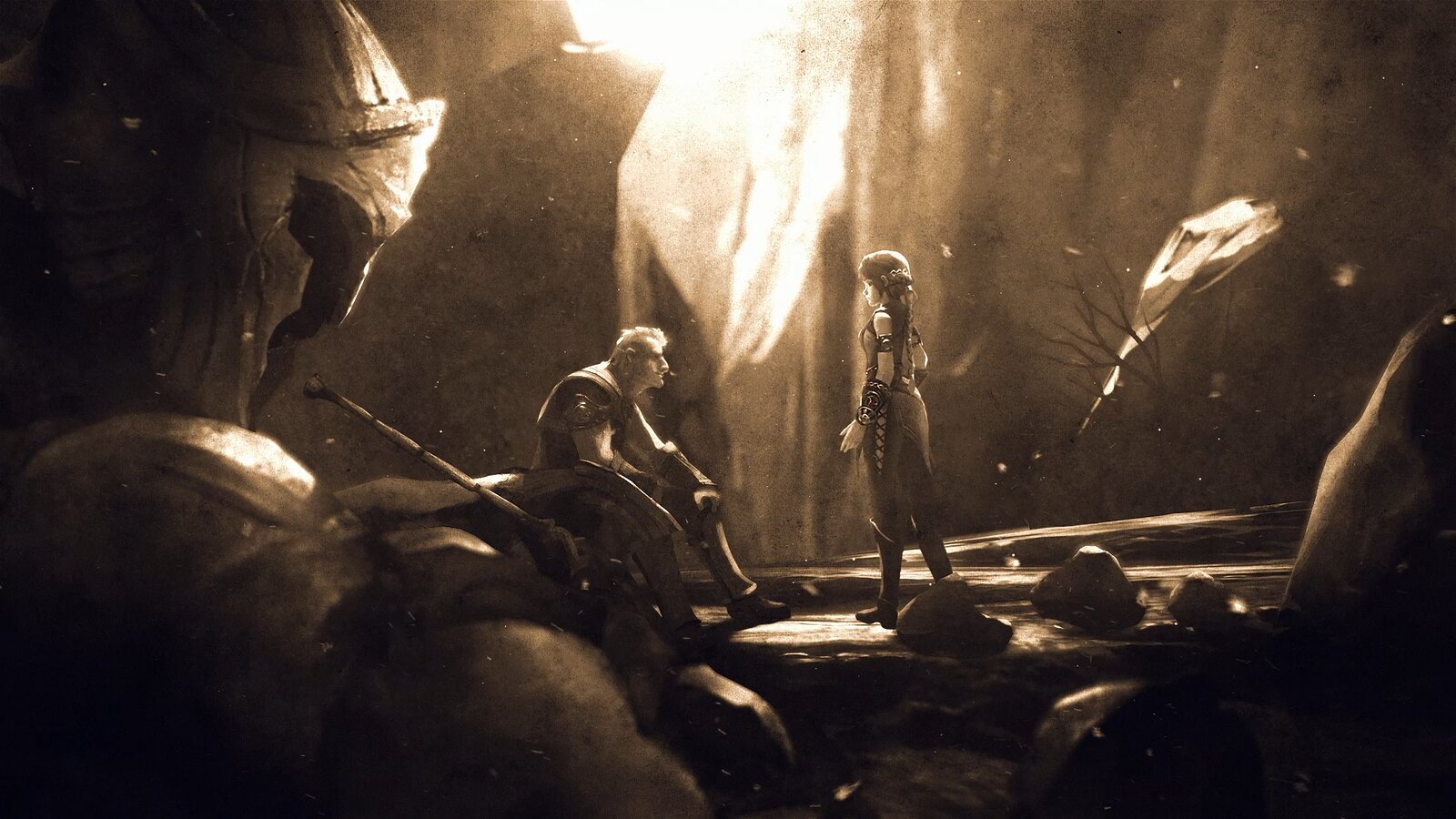 "It takes up to 15 hours to beat the game if you run straight for the main quests. If you consider all collectables and all explorations, it might take up to 35 to 40 hours."

How much of an emphasis does the game place on storytelling? Hilda clearly seems to be quite an important pillar of the story, but what should players’ general expectations be from the overarching narrative?

Asterigos has very heavy storytelling, if you compare it to the general action games. We try to design our unique way of narrative. And so we make our protagonist, Hilda, a girl with a love to draw graphic diaries. So as you play through the game, she would write down and draw the pictures of what she experienced, making every player’s diary unique to read. Other than this, there are also historical documents, letters, or other written diaries to let you explore the lore of Aphes. And whenever a conversation starts, we also grant Hilda options to ask more questions should you be interested in knowing more of the story. There are also flashback echoes where when you triggered, an event of the past would replay again right before your eyes to let you re-experience what had happened.

And there’s motion graphic cinematics, told from another important characters’ perspective, to conclude a story when Hilda finished a stage’s main objective.

We hope with these components piecing together, we can bring an immersive and enjoyable storytelling experience to the players.

One thing that Asterigos seems to be emphasizing quite a bit is its combat, which is quite focused on both style and variety. For starters, what can you tell us about how much depth players can expect across the six different weapons, and how significantly they differ from each other?

Every weapon is very unique from each other. And they all have their advantages and disadvantages against certain enemies. For example, if you are facing a heavy armored soldier with a shield, then for a hammer user, you can easily smash and break his shield; while a dagger user would use another way by shifting to the enemy’s back and strike from his soft spot. It all comes to how you utilize and how you are familiar with your weapons. And not counting the talents, skills, and techniques these customizable options you would have with the weapon, which would be explained below.

How customizable is the combat with each different weapon?

Each weapon has its associated talents, techniques, skills, and passives. And the core combat system is a combination of two weapons, it brings more variety and customization for everyone’s own styles. Plus there are also magic elemental enhancements to bring more customizable options.

How does Asterigos approach progression? Are players encouraged to switch between various weapons or is investing in one or two to make them more powerful the better strategy?

We encourage players to try as many weapons as possible. But every weapon is so unique that it is highly possible for the players to focus on their preferences and get used to it. And although the weapons are associated with talents, where you would invest your talent points to, we also give players options to reset the talents should they change their minds on using different weapons.

Enemy variety is something else Asterigos is placing plenty of emphasis on. Can you tell us a bit about what players can expect from enemies in the game, both in terms of variety and challenge?

There are over 60 unique monsters. From Legion warriors to mutated wild beasts, as well as the famous mythical creatures like Chimera, Calydonian, Harpy, Minataur, and more! Some of them are general mobs you would encounter during your adventure; some of them are unique elite challenges where you would only find them through some quests or special mechanisms.

As for the boss encounters, there are over 20 unique bosses, with at least 10 of them you would face during the main quests. You might face a gigantic crocodile who would snap, tail sweep and breath strong water bolts; there is also an elegant harpy who sings deadly and emits shockwaves and launches feather blades.

Roughly how long will an average playthrough of Asterigos be?

It takes up to 15 hours to beat the game if you run straight for the main quests. If you consider all collectables and all explorations, it might take up to 35 to 40 hours.

Do you have any plans to eventually launch on additional platforms? What was behind the decision to launch as a console exclusive for PlayStation?

We do consider launching Asterigos on more platforms. But our manpower is limited and so we make a decision on choosing PlayStation first. But time will tell. 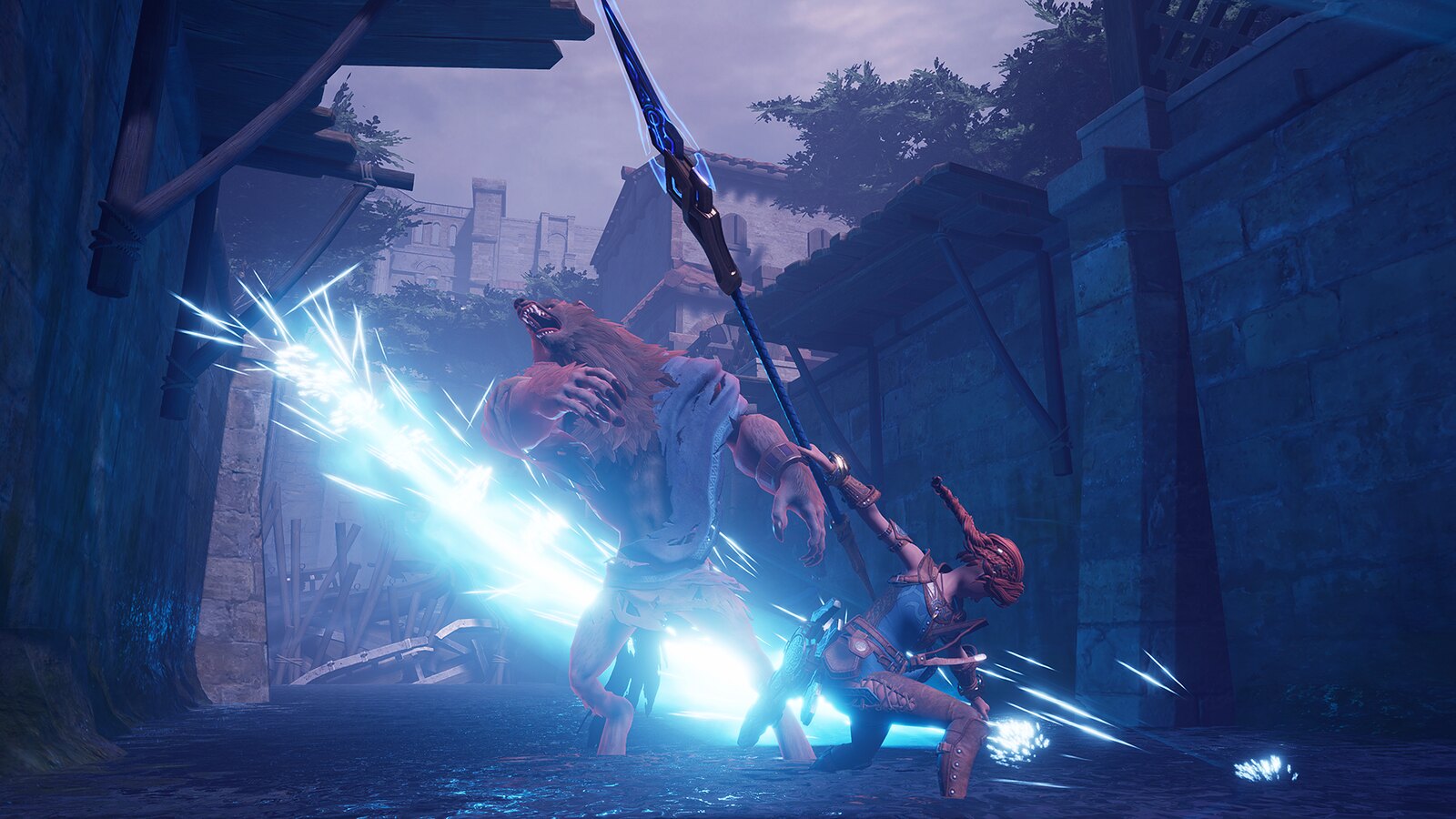 "We encourage players to try as many weapons as possible."

As a PS5 console exclusive, how can players expect Asterigos to leverage the console’s unique capabilities? For instance, how will the haptic feedback, adaptive triggers, and 3D audio come into play in the game?

Upgrade features on PlayStation 5 are still under development and we will announce these features when the time is right. Stay tuned!

The PS5’s SSD has been one of its biggest talking points- how has it impacted Asterigos and the way you have designed the game?

PS5’s SSD is one of the best for developers to create a game with seamless and all-connected zones. With it, the loading is fast enough to stream more levels at once and the FPS is as smooth as it usually be. And to create a seamless world would greatly enhance to gaming experience for exploration and adventure.

Something else that the PS5 has is a Zen 2 CPU and 10.28 TFLOPS GPU- how big of a leap is it over previous-gen hardware in your view, and how is it going to help development?

It gives developers more room to make their vision a reality. PS5 can load more assets in a shorter time, so a lot of calculations and asset loadings are no longer a limit to the developers.

What resolution and frame rate are you targeting? Furthermore, will the game have multiple graphical modes?