Astraea Interview: A Game of Games

Step aside Animal Crossing – Norwind Interactive’s Astraea is coming to the PS4, Xbox One and Wii U to spread the message of town-building. Currently in early access for PC, the town-building title will be releasing for Sony’s console later this year and introducing an intriguing range of features. Not only can you live in your own town but it’s possible to create buildings, decide on the terrain for their town and compete in different mini-games. GamingBolt spoke to Norwind’s Brandyn Engbrecht on what makes Astraea so special, especially compared to other sandbox titles in the past few years. Engbrecht also spoke about developing on the PS4 and PS2 emulation for the console. 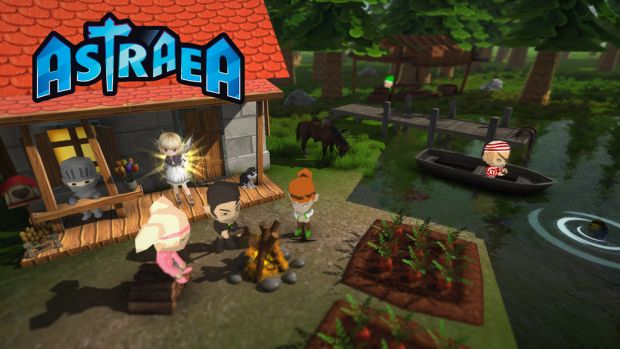 "The philosophy of Astraea is one of maximum creation with minimal restrictions. I want players to explore the environment, create structures and buildings, collect resources, and most importantly have fun."

Astraea seems like a combination between Animal Crossing and Minecraft. What motivated the idea for the game?

Brandyn Engbrecht: I am a huge fan of Animal Crossing, Minecraft, and games of the similar genre. However, when I played these games, I would always want to merge certain features of one game into another. My motivation behind Astraea is to combine certain gaming elements while creating a unique, enjoyable, and relaxing experience. The core concept and idea behind Astraea is a merger of relaxing village building and farming with friends.

How has Astraea‘s time in Early Access helped to shape the game?

Brandyn Engbrecht: While Astraea has been in alpha, it has allowed me to incorporate player’s feedback into the regular game builds. I have received lots of great feedback from players and I wish to thank all of them. I always enjoy listening to player’s suggestions and ideas, and many of them will make their way into the final game.

What can players do in Astraea after they’ve set up their towns and interacted with villagers?

Brandyn Engbrecht: The philosophy of Astraea is one of maximum creation with minimal restrictions. I want players to explore the environment, create structures and buildings, collect resources, and most importantly have fun. Examples of what players can do after setting up their town are: fishing, planting/harvesting crops, raising livestock, completing quests, assisting villagers in need, play mini-games, and visiting the capital city. I want players to create their own fun in whatever shape or form it takes.

Is it possible to construct multiple towns? For that matter, can players visit each other’s towns and explore everything or is this restricted to just mini-games?

Brandyn Engbrecht: At the moment, it is only possible to create one map. When a player starts a new game, they will be given a choice of terrain to create their town: snow, desert, volcano, plains, mountains, etc. Nonetheless, there will be no restrictions if a player creates multiple towns on a single map, Astraea is about unleashing the individual’s creative freedom. If there is a high player interest and demand for having multiple map terrains, I would definitely develop this in the future.

When it comes to players entering another’s town, there might be some restrictions in gameplay. However, these restrictions would be determined by the town’s owner. An example of one such restriction would be to prevent harassment and vandalism of the town. The rest of the Astraea experience would remain the same for both the town’s owner and the other players present within. The best way to describe it is “whatever the owner can accomplish, the player can accomplish”.

The multiplayer experience in another’s person’s town is not just limited to mini-games. On the whole mini-games are just one part of Astraea. Mini-games are being implemented as a means to relax and for players to take a break from village building and farming life. However, if a player wanted to create one big giant amusement park as their village, Astraea’s openness would allow them to do as such! 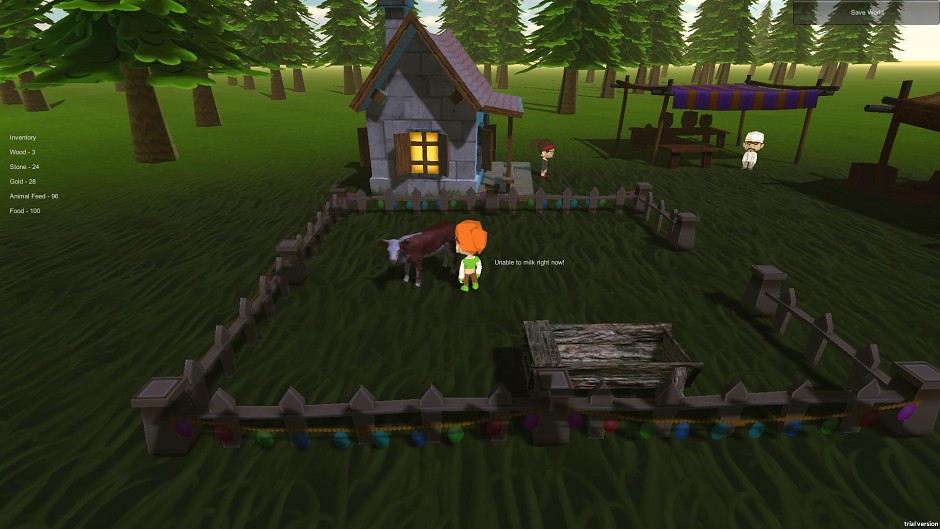 "This is my first time building a game for consoles and it has been quite an adventure building Astraea for the console platforms. It’s quite a bit different building on a console as compared to building on PC/Mac platforms."

What kind of mini-games can players expect to compete in?

Brandyn Engbrecht: Currently, I am exploring what kinds of mini-games to include in Astraea. However, since Astraea is in the alpha stage I do not have a complete list of mini-games. Nonetheless, I am working on archery and fishing mini-games for Astraea, which will be included in later builds.

There have been a number of sandbox titles, ranging from Minecraft to survival-based games like DayZ, across all platforms but we haven’t seen an abundance of that on the PS4 just yet. What prompted you to focus on PS4 for Astraea?

Brandyn Engbrecht: I am a huge fan of console games and always wanted to create my own game that would be played on consoles. While brainstorming on Astraea, I noticed that a lack of family friendly, relaxing and non-violent sandbox games available on the current generation of consoles.I believe that gamers and families who want non-violent video games should have gaming options on the PS4 and other consoles.

That being said, with so many other sandbox games out there, what do you believe will attract players to Astraea the most?

Brandyn Engbrecht: I believe that the main attraction players will have to Astraea is the real-time multiplayer creation experience. I am designing Astraea so that every aspect of the game can be completed either solo, with friends via split screen, or even with players across the globe!

Did you face any challenges in bringing Astraea to the PS4?

Brandyn Engbrecht: This is my first time building a game for consoles and it has been quite an adventure building Astraea for the console platforms. It’s quite a bit different building on a console as compared to building on PC/Mac platforms. Initially, I found myself having to go back and rework its coding so that it would function properly on consoles. I also had to completely rework the entire network backend (so multiplayer would function on consoles) which was a nightmare! I have gained a tremendous amount of knowledge and experience by developing Astraea on the console platforms. All of this hard work has paid off and I can now easily add a new console platform very quickly. 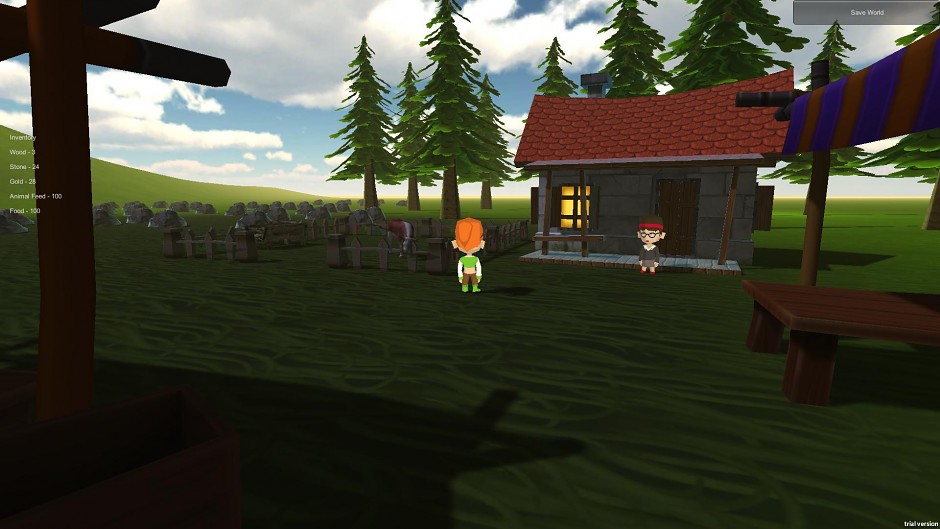 From a gamer’s perspective, what is your take on PS2 emulation on PS4? Do you think it will be a success despite Sony actually charging money for digital PS2 games?

Brandyn Engbrecht: I am thrilled that the PS4 will be able to emulate PS2 games! I believe that the more games on a platform, the better. I’m sure Sony had to pay it’s developers to make the emulation software work – so charging money only makes sense. I hope it’s a success!

What post-launch content and updates are you working on for Astraea?

Brandyn Engbrecht: Currently, I am focusing on the core development of Astraea. However, I do have plans to create new content and updates once the game has been released. Any content and updates of Astraea’s core game will be completely free! I am also considering creating expansion packs down the line to complement the game.

Brandyn Engbrecht: I would like to thank you for this opportunity! I always welcome any feedback or constructive criticism that would help me to improve the game. When Astraea is fully completed and released, I hope that players enjoy the game!

Astraea will be launching on all platforms at the same time. Since Astraea is still in alpha development, its release date is TBD. I’ve considered launching Astraea on the Xbox One Game Preview program, however if I did that I would likely release on Steam Early Access as well. At this current time, I am more focused on the game’s development.

As it stands the current plan is to release Astraea on Steam and consoles once it has been 100% developed.