Astroneer Dev Doesn’t Quite Understand Comparison With No Man’s Sky, Remarks On Its Negative Reception

'Other than being in space with procedural planets our games are very different.' 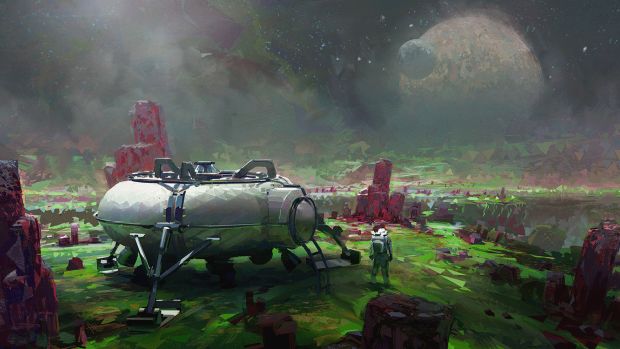 Astroneer is a rather promising looking space exploration game coming to the Xbox One, which uses procedural generation to cope with just how vast space is- which is a premise that sounds rather familiar. In fact, most people will probably recognize No Man’s Sky from that description, and compare Astroneer to it.

However, it doesn’t look like the developer of the game quite understands that comparison. Speaking to GamingBolt in an interview, Adam Bromell of System Era commented on the comparison, noting that they have learned from No Man’s Sky, and are hoping that their game is received better.

‘I’m not sure who is saying it’s the next No Man’s Sky, he said. ‘And honestly I don’t quite understand what they mean when they say that. Other than being in space with procedural planets our games are very different. Hopefully they’re not talking about the launch of the game and the perception the players had of it! We’ve learned a lot from Hello Games and the launch of No Man’s Sky that we put in to practice every day.’

He also commented on the reception and immense backlash that No Man’s Sky got. ‘I think its important for every developer to understand what they’re saying to their audience and understand what it is they are hearing,’ he said.

I agree, and I also think that the issue would not have been quite so bad had Hello Games and Sean Murray not been so bad at communicating with their fans. Let us hope that System Era have truly learned from where Hello Games went wrong.