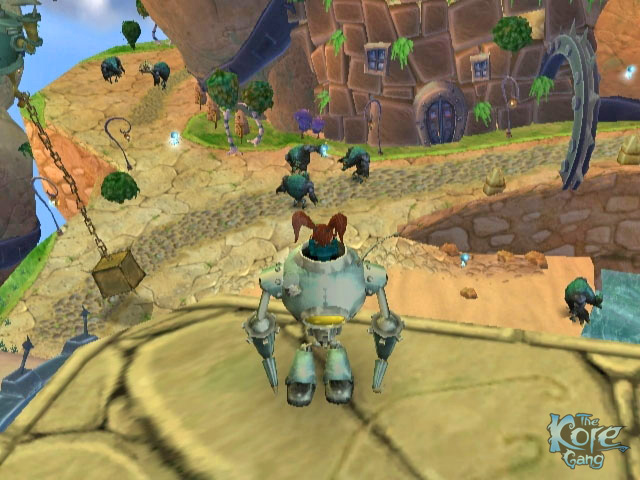 Atari has announced a new action platformer exclusively for the Wii, titled The Kore Gang, to be released on October 4 this year. It has a great visual style (we’ll post screens soon), and supposedly has a hilarious story and great caste of characters.

Check out the full press release below:

An action platformer that is EXCLUSIVE to the Wii that delivers an entertaining & humorous story with one of the most spaced out visual styles ever seen on the Wii.

Utilize the different abilities of 3 zany, kooky crackpots sharing a cybernetic KORE SUIT that enhances their abilities. The girl, PIXIE, is an expert climber, MADBOY lets his fists pummel the enemies, and the dog REX uses his keen senses of hearing and smell to uncover clues. They will desperately need these powers to rescue the world from the evil KRANK BROTHERS who want to take over the world.