While ripe for expansion, the marriage of Overwatch and XCOM found in Atlas Reactor is a kernel of genius.

The MOBA really kicked off a thing with hero driven experiences didn’t it? Battleborn had its thing earlier in the year and Overwatch is a juggernaut in the space. For the record I do appreciate the attempt at bringing more variety to stale genres like multiplayer shooters. It brings some charm into an otherwise dull genre that takes itself too seriously and provides an outlet for a variety of different play styles.

Who’s to say that only overhead action titles and shooters can take this idea though? Atlas Reactor takes on that challenge. Trion takes the chocolate of multiplayer hero based gameplay and gets it all up in the peanut butter of strategy classic XCOM. The result is nothing completely original, but by all accounts something special. 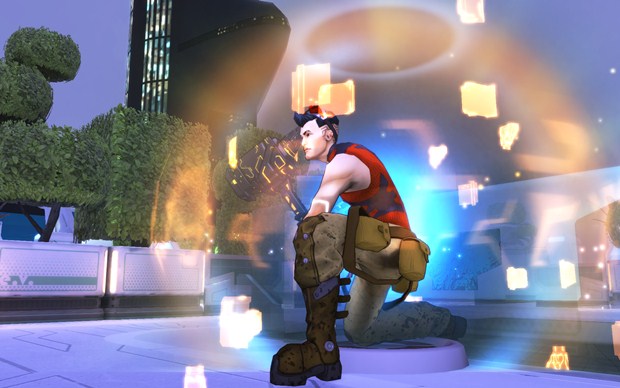 "Much like Overwatch, each freelancer, Atlas Reactor’s name for heroes, brings their own flavour to the game and even similar playing characters have unique deviations that tailor them to different specialties."

The inspiration the game takes from Overwatch is uncanny, if not completely intentional. Not just in the fact that both are driven by a diverse set of heroes, but the fact they’re categorized almost the same way as offensive, defensive and support, run the world spectrum of cultures and even the font both use. Both titles give about as much in game time to any form of story, which is to say next to none. Not that there isn’t a story to tell about the world of Atlas Reactor, but like Overwatch the developer kept it to extra media sources.

I’m of the mind that if it isn’t in the game, it’s absent from the product. Luckily ignoring the narrative of Atlas Reactor is in no way that detrimental to the game itself. After some brief tutorializing where you’ll learn about the flow of the game and controls, you’re easily able to pick a hero and jump into a game against Bots, other players or get to know your chosen combatant within a safe, enclosed practice arena.

Much like Overwatch, each freelancer, Atlas Reactor’s name for heroes, brings their own flavour to the game and even similar playing characters have unique deviations that tailor them to different specialties. Lockwood is the basic fighter, easy to understand and can ricochet bullets to hit targets. Rampart trundles around, setting up a massive shield to cover friendly players and punishing anybody foolish enough to get close with a sword. Another can control a projection of themselves to be in two places at once. Enough experimentation pretty much guarantees you one or two freelancers that you’ll click with and can switch between depending on team makeup. 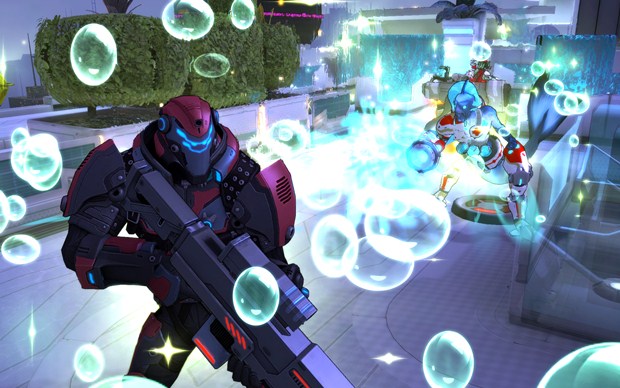 "Dash skills are specific attacks that thrust your freelancer forward while attacking, allowing you to strategically get out of dodge when you try to call an incoming attack, while doing small damage yourself."

Atlas Reactor progresses through each turn in an easy to grasp cycle of motions. A decision phase where players have 20-seconds to strategize their move and what actions they will use, and once everybody is locked in it moves to a four step “Resolution mode” where the consequences play out. Dash, Prep, Blast and Move always occur in order and drive the selection of actions during the decision phase.

Dash skills are specific attacks that thrust your freelancer forward while attacking, allowing you to strategically get out of dodge when you try to call an incoming attack, while doing small damage yourself. Prep follows up and comes with skills that involve preparation work like setting traps. Blast is the largest section and where other general attacks take place, with repositioning coming dead last during the move section.

The decision to make movement the last completed action was a smart one that carries a lot of weight when it comes to the strategy in Atlas Reactor. There is only 20 seconds to plan your turn, and the simple fact that placing yourself wrong could result in being in a bad situation really jacks up the tension and the need to be thinking three steps ahead while under the time constraint. Your dash skills have cool down to them, meaning you can’t know when you’ll need that escape plan.

Returning briefly to presentation, Atlas Reactor isn’t a particularly demanding game. It leans on art style, which again calls Overwatch to mind, to look as good as it does. I can only imagine the lack of detail is a consideration to hit as many PC users as possible, which is smart for a multiplayer driven title. I had zero technical hiccups to speak of, though loading times getting into the game did drag on. Music never stood out to me though, functional enough to set the tone but gone from your mind as quick as the track ends. 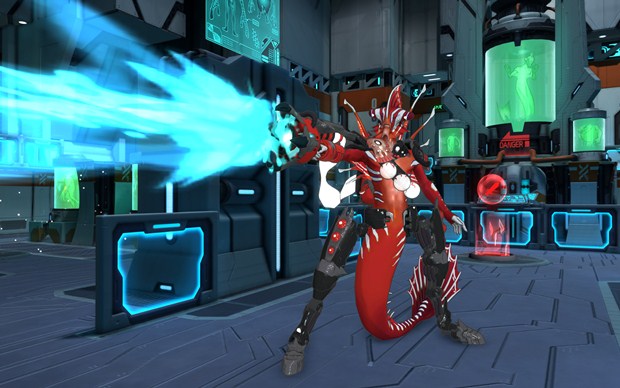 "Atlas Reactor is an exercise in creating something new from old ideas, and getting more than the sum of your parts."

The maps aren’t particularly large within Atlas Reactor, but they all follow a smart layout offering degrees of damage sponging cover and approach opportunities to flank around positions. The fog of war that happens when you or your teammates aren’t in proximity of an area almost seems redundant with the tiny maps, but it does encourage remaining spaced out. Ascetically they all vary enough to keep visual interest, but what you do on the maps remains static.

The game is banking on the heroes mixing up the gameplay, but as far as game modes, there is currently only the deathmatch mode to be found, where the first team to five kills or most within 20 turns wins. I hope Trion looks at how further gameplay modes might integrate with Atlas Reactor, and they update accordingly. It would expand the gameplay by leaps and bounds to have even generic modes like king of the hill and capture the flag.

Atlas Reactor is an exercise in creating something new from old ideas, and getting more than the sum of your parts. While ripe for expansion, the marriage of Overwatch and XCOM found in Atlas Reactor is a kernel of genius and with a free to play version on steam, it’s easy to get your first hit.

Who would have thought multiplayer strategy and multiplayer hero games would click so well together? Strategy elements are well planned and easy to understand thanks to a clean, colour coded UI. Don’t need to engross yourself in lore to enjoy.

There’s a lack of modes to really stress the limits of the strategy in the game. Nothing visually is going to push PC hardware to the breaking point. Lots of elements from the Freelancers designs to the font used in game lean a bit close to Overwatch to just be coincidence. I don’t care to go research on your website to learn about your world.

Final Verdict:
GREAT
Atlas Reactor shows that even if there are no new ideas anymore, there are still new ways to use the old ideas and make them interesting again. Continued support and a community will hold it up but we need some serious expansion to really make it great. Even still, what is here is very solid and worth the time of any strategy lover.
A copy of this game was provided by Developer/Publisher/Distributor/PR Agency for review purposes. Click here to know more about our Reviews Policy.