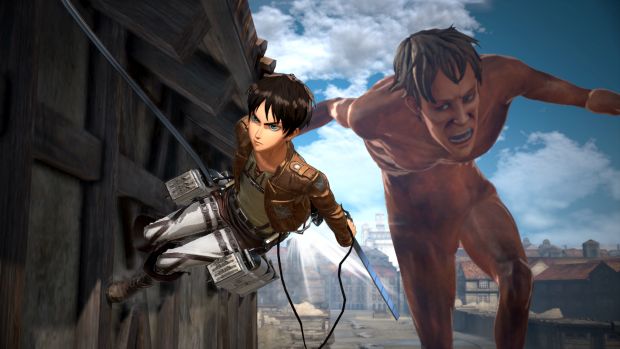 Koei Tecmo’s Attack on Titan 2, a sequel to the hack and slash title based on the immensely popular anime, will be releasing in March 2018 for North America and Europe on PS4, Xbox One, Nintendo Switch and PC.

Directly following the events of the first game, Attack on Titan 2 will incorporate scenes from the anime’s second season with 30 playable characters in all. Christa Lenz and Ymir are some of the newer characters but players will still be able to use 3D Maneuvering Gear and battle Titans in an impressively violent matter. A livestream will go live soon to showcase some of the gameplay. You can expect more information on the newest characters there.

Attack on Titan 2 is actually developed by Omega Force, which is responsible for a number of Musou titles like the Dynasty Warriors series. Its most recent game was Fire Emblem Warriors for the Switch and New Nintendo 3DS with Dynasty Warriors 9 out in early 2018.