Babel Rising is a god game from Ubisoft, and much like their previous game From Dust, this one requires you to use your godly powers. There’s one difference though, in this game you use the powers to destroy humans trying to build the tower of Babel, and there are a lot of powers to choose from. 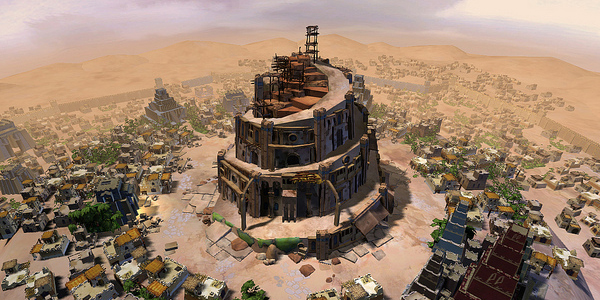 The game supports Kinect and PlayStation Move, and since this was reviewed on the Xbox 360, I used Kinect and the experience was, well, not that pleasant. This is probably the worst use of Kinect I have ever seen in a video game. Not only is there are lot of tracking issues, but the game just requires you to spend a lot of energy to do small movements frequently and I’m not really fond of such a design.

Good news is that you can also play it with a controller, but it’s probably not a right way to go about it. After playing using Kinect for quite a while and suffering in the process, it made me realize that Ubisoft wasn’t even serious with this game when it comes to motion controller implementation. I don’t know how the PS Move tracking is but I expect it to be a bit better than the Kinect one for sure. Maybe Ubisoft shouldn’t have went with motion controller support if they can’t do justice to it. 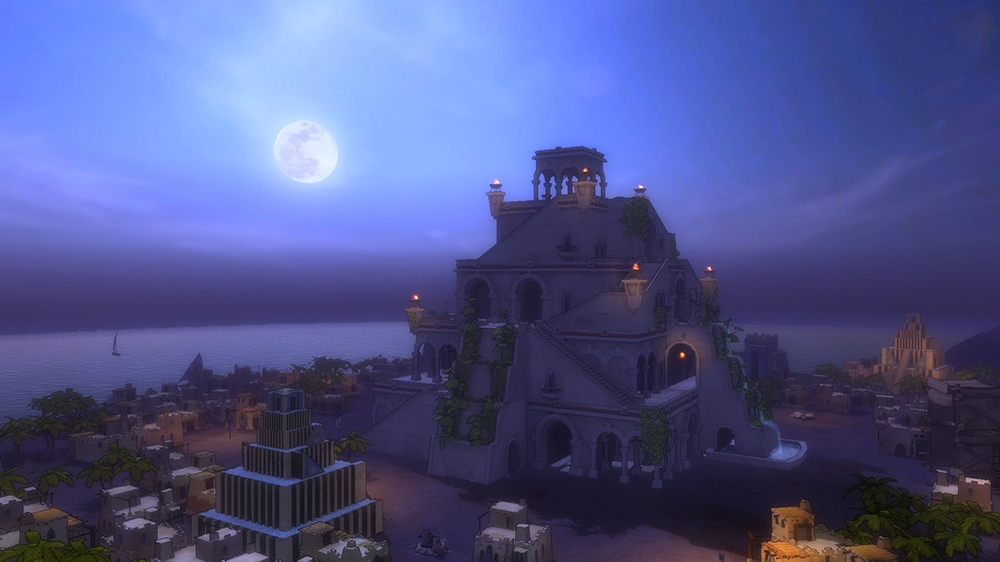 As mentioned above you have to destroy humans trying to build the tower of Babel and in the first mission of the campaign, the game teaches you minor powers such as hurling rocks and so on. It becomes much complicated later as more powers are unlocked and humans become more advanced carrying curse pots and having resistance to your elemental attacks. So you gotta figure out a different way to take them out.

The game isn’t that complicated at all, but it gives you an overwhelming feeling of being powerful as you hurl objects at the tower and fry a lot of humans with lighting and other natural disasters. It can be called a tower defense game somewhat due to slight familiarity in gameplay mechanics where you stop things from reaching its destination, which results in game over. 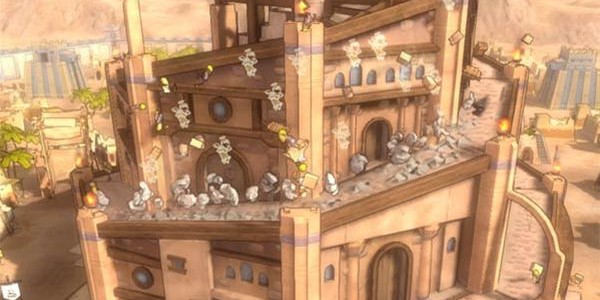 I liked the concept here but the execution is so poor especially when you use a Kinect. This game should have been a lot of fun with motion controllers but I really don’t know why it turned out this way. Playing using a gamepad doesn’t really give you the feeling of being a god. The visuals aren’t that clear either, and I usually had a hard time spotting who was what. They do look really good in some places, but there isn’t any consistency here.

It also becomes a lot repetitive if you keep using the same powers again and waiting for the big ones to charge. Babel Rising has a really good concept, but unless you are prepared to adjust to the Kinect tracking, you probably shouldn’t buy this game. Hurling natural disasters at people is fun, and that’s the only thing this game has going for it.

Who doesn't love having unique powers? The visuals are good. Good concept.

Final Verdict:
FAIR
Hurling natural disasters at people is fun, and that's the only thing this game has going for it.
A copy of this game was provided by Developer/Publisher/Distributor/PR Agency for review purposes. Click here to know more about our Reviews Policy.