Is Batman Return To Arkham a worthy remaster?

There have been several Batman games in the last two decades but not one has comes close to the legacy of Batman Arkham Asylum and Arkham City. And some might even say that they are arguably better than 2015’s Arkham Knight and rightly so…it’s hard to top those two after all. After seeing its fair share of delays, Warner Bros. have bought both of these games to the PlayStation 4 and Xbox One through Batman Return To Arkham, and the results for the most part are quite fantastic, well, at least on the visual front, the games have undergone several improvements. Performance on the other hand could be quite dodgy but we will get back to that  in a bit.

Batman Arkham Asylum and Arkham City on the PS4 and Xbox One are both running on the Unreal Engine 4 compared to the Unreal Engine 3 implementation on the PlayStation 3 and Xbox 360. This immediately results into better post processing effects such as improved screen space reflections, enhanced lighting and detailed draw distances. In short, few of the technologies that were used in Batman Arkham Knight have been used in this remaster although the latest game ran on a highly modified Unreal Engine 3.

For the purpose of this analysis we will be taking an in-depth look at the PlayStation 4 version of Batman: Return To Arkham and compare it against the PS3 and PC versions of the originals. Let’s begin with Batman Arkham Asylum. Released more than seven years ago, Arkham Asylum has surprisingly aged quite well. Arkham Asylum runs at a native 1080p resolution which immediately puts it ahead of the sub-HD resolution found on last gen consoles. Taking a look at the PC version and it’s clear that the PS4 version gains the upper hand with better lighting, shadow effects, ambient occlusion and parallax occlusion on brick walls.

Further improvements include better rain effects, volumetric and alpha effects along with better texture filtering and improved foliage density in some places. The remaster also improves on LOD over longer draw distances and improved texture resolutions across several levels. In many places, the shadows are missing in the original; however this is no longer the case in the remaster resulting into better atmospheric setting compared to the original. Overall, we are quite pleased with the graphical improvements but we have three major complaints with Arkham Asylum’s remaster. There is a sort of yellow filter and for this reason we prefer the cinematics of the original and Joker looks less detailed in the remaster. Of course, these two are points are quite subjective and may differ from player to player but we prefer the older color pallet. 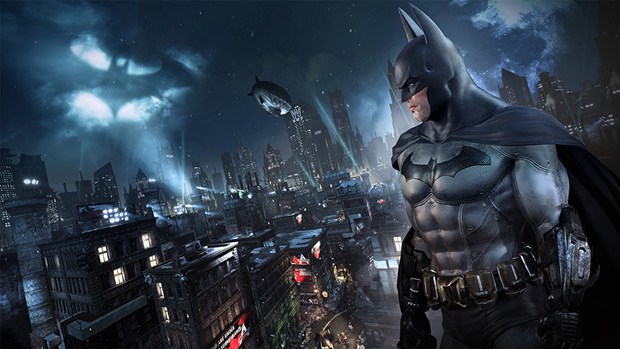 However, unfortunately, one of the biggest cons of this remaster is the locked 30fps cap on the PS4. It’s quite disappointing that a seven year old title is unable to run at a fluid 60fps in 2016. Granted there might be engine deficiencies and difficulties faced while porting stuff over to current gen hardware, the lack of 60fps is still a bit surprising. Furthermore, there seems to be frame pacing issues with the PS4 version although v-sync remains engaged throughout to prevent any sort of screen tearing.

On the other hand we have Batman Arkham City and unlike Arkham Asylum, it runs with a dynamic horizontal resolution. However the vertical is locked at 1080p which is once again a surprise since this game is half a decade old. On the graphical front the level of improvements are quite similar to what we observed in Arkham Asylum. Arkham City for its time was a fairly modern title so most of the improvements are subtle. Better water effects and character models, improved volumetric and alpha effects are quite prevalent compared to the original. 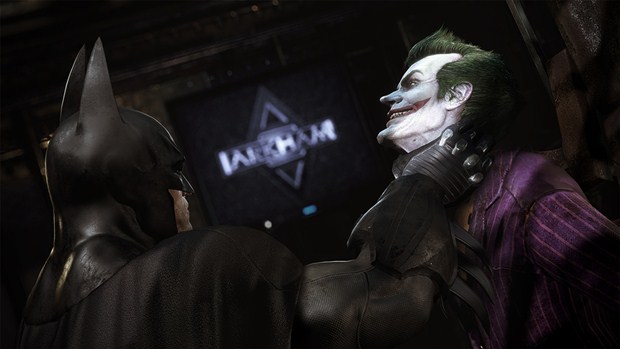 However, just like Arkham Asylum on the PS4,  Arkham City has performance issues as well. The game clearly runs at an unlocked frame rate resulting into an inconsistent gameplay experience at times. In all honesty, unlocked frame rate isn’t ideal and we would prefer it be locked at 30 fps…although we are still bamboozled by the lack of 60fps support. Furthermore, Arkham City also seems to struggle in outdoor areas, especially when Batman is gliding over the wide open world.

Overall, we are pretty pleased with the visual updates that Virtuous Games have implemented in both the games although we remain disappointed with the game’s performance issues. Both remasters should have run at 60 fps right out of the box and if that weren’t an option they should have at least made it to run at a locked 30fps. In the end Batman Return To Arkham is a decent remastering effort. The number of technical improvements is vast and if frame pacing and the lack of 60 fps support aren’t a bother for you then it’s very well worth visiting Arkham all over again.