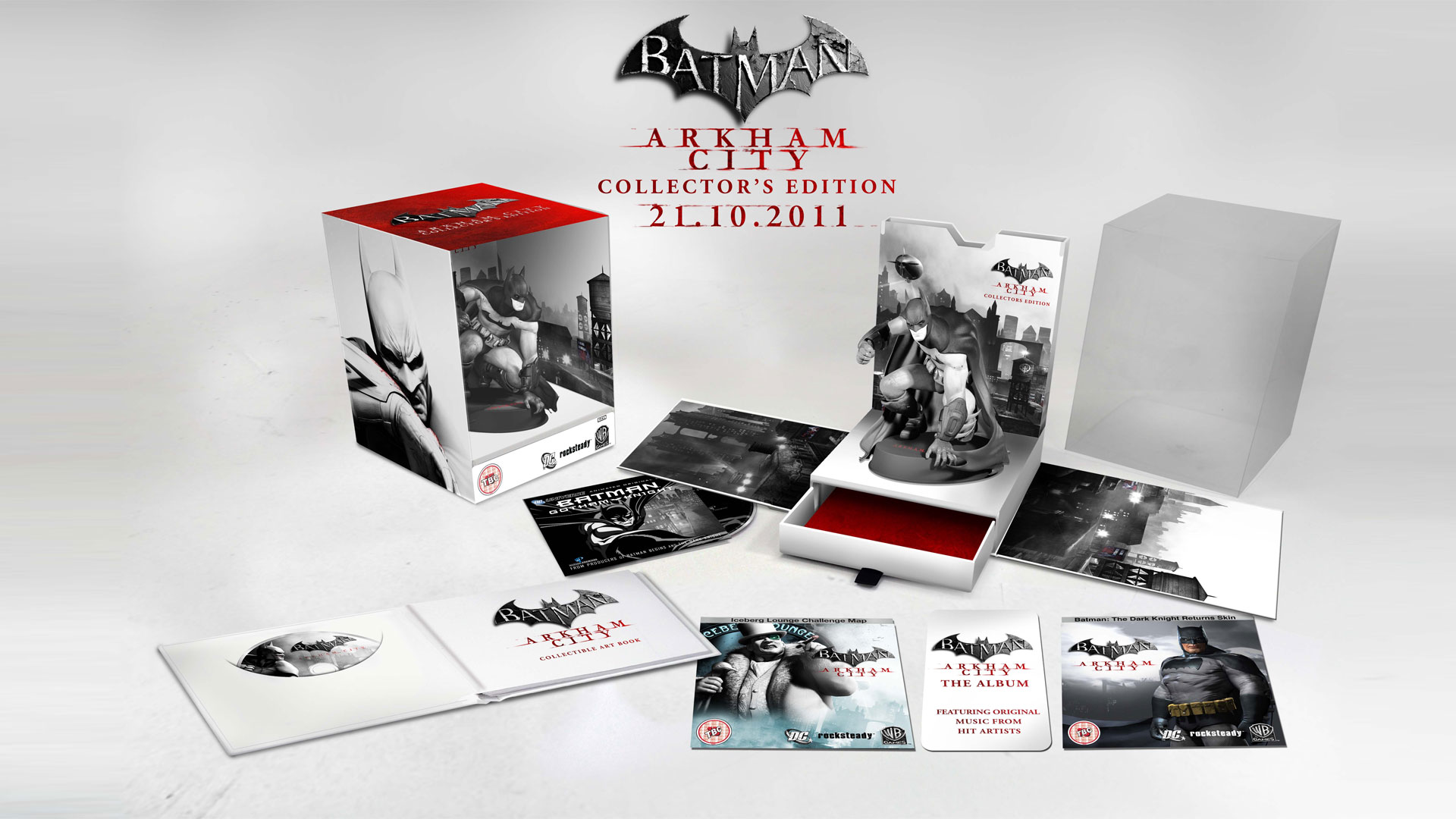 We got a sneak peak at the contents of the Batman Arkham City Collectors Edition yesterday, but it has now been officially announced with a slew of awesome goodies.  You will get a custom Batman statue, a collectible art book, early DLC access codes, the Batman: Arkham City soundtrack, the DC Universe animated original movie Batman: Gotham Knight and four collectible cards.  All this for $99.00 which is not a bad deal and it is now officially available for pre-order.