Arkham City is shaping up to be a very solid entry in to the Batman franchise with Rocksteady Studios promising to improve the gameplay mechanics even further in the sequel.  Arkham Asylum was noted for its engaging combat system and a story line that can suck you in for hours. Arkham City will be a bigger place to roam in with reports stating that the world in the sequel will be five times bigger compared to what we had in Arkham Asylum.
Today we take a look at how the game has evolved by comparing closely related screenshots from Arkham Asylum and Arkham City. Please note that we have taken screens which were released recently. So this will give us and you guys a pretty clear indication as to where the series is headed when it releases later this year.
We have compared close up shots of the Joker, our good old Bat and how the two games stack up when a fight sequence is going on.
Please click the image to see it in a pop up and use the back-next button to navigate through them. 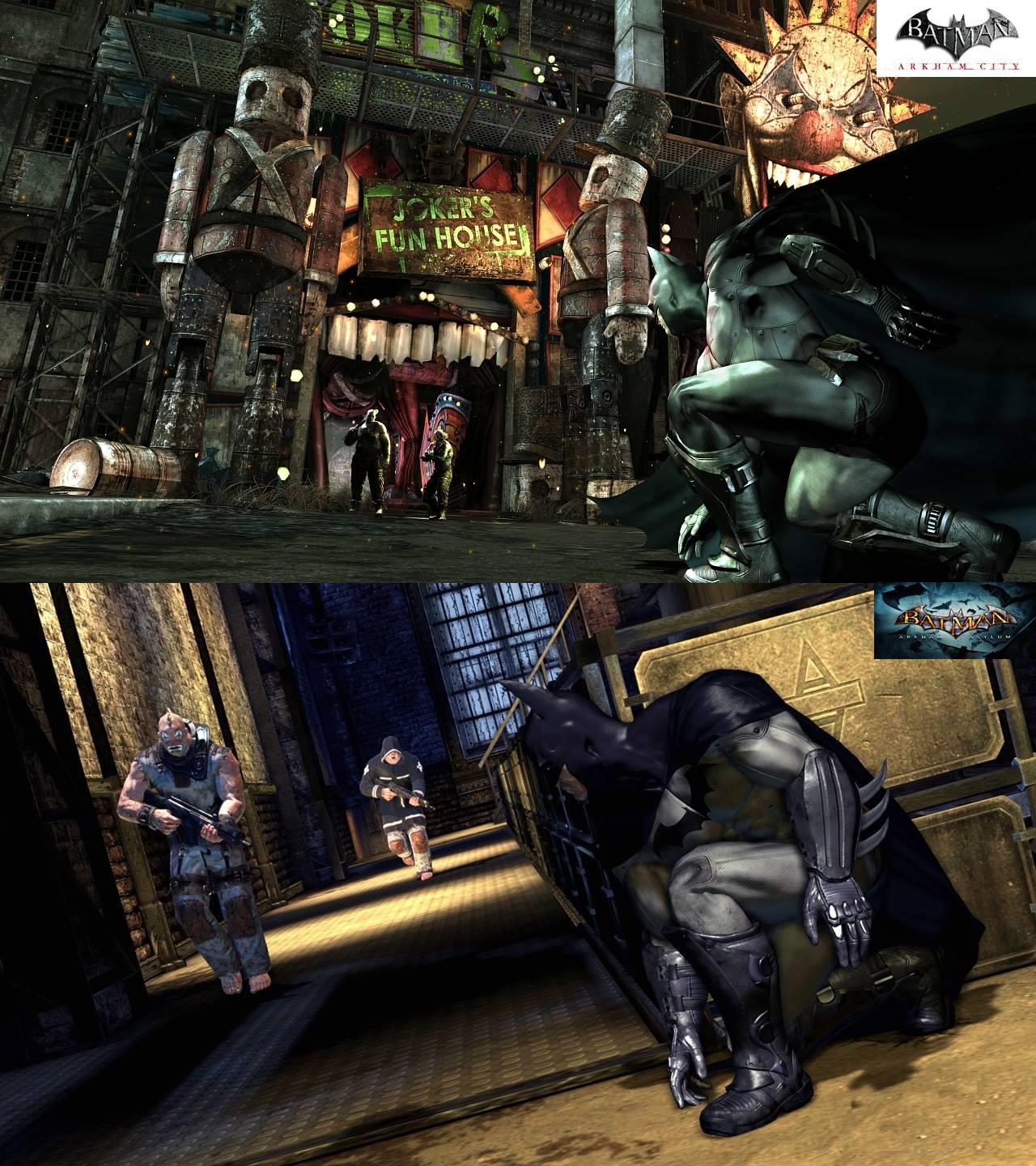