Robin, Nightwing and Catwoman are all playable as the Dark Knight’s allies.

Posted By Oliver VanDervoort | On 27th, Apr. 2015 Under News, Screenshots 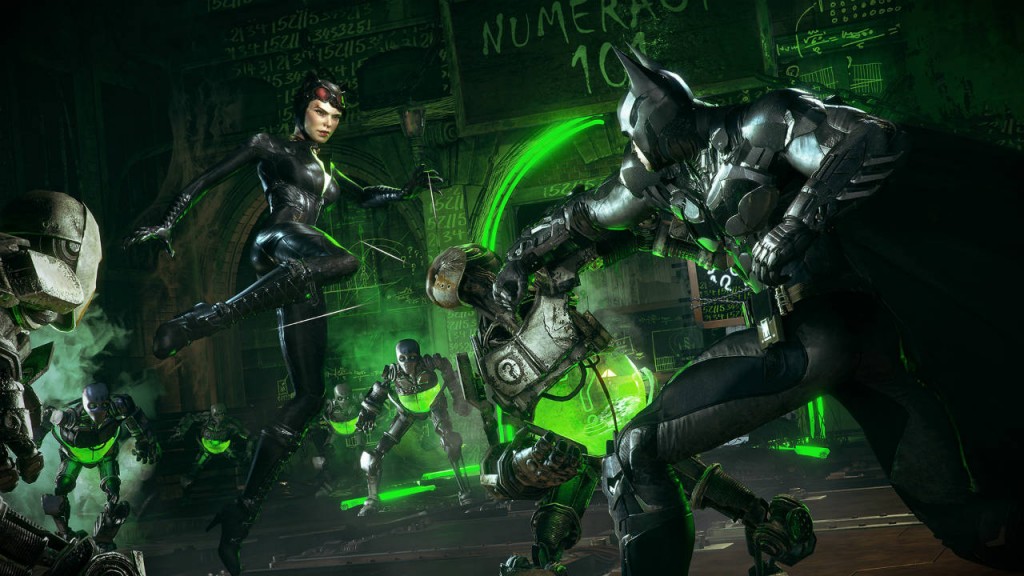 Along with a brand new Batman: Arkham Knight video some new screenshots have surfaced thanks to Warner Bros. Interactive. The screens further show off a recently revealed feature of the game that allows players to switch between the Dark Knight and a number of his most trusted allies. The new release admits that Batman is going to need some help to defeat the minions of the Arkham Knight as well as the other deadly enemies in the new game.

Nightwing, Robin and Catwoman are all willing and able to help the caped crusader out. Warner Bros. says that during scenes in which these characters are present, players will actually be able to switch back and forth and decide who they want to kick a little butt with. The feature dubbed “Dual Play” is said to allow gamers to switch between the playable characters seamlessly.

While this feature isn’t brand new to the gaming world, (Lego games use it all the time) it is relatively new for a game of this type and scope. The new screens show off the “Dual Play” feature in action, as one demonstrates Catwoman and Batman taking on what appear to be mechanized baddies. Another screen has Robin and the Dark Knight taking on some of the Joker’s minions and another has Nightwing and Batman scoping out evildoers from far above the fray.

Batman: Arkham Knight is arriving on the Sony Playstation 4, the Microsoft Xbox One and the PC on June 23. Until then check out the screens and start drooling. 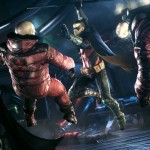 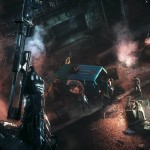 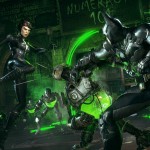