'It's not who I am underneath, but what I do that defines me.'

Update: Contest has been closed. Winners have been emailed. 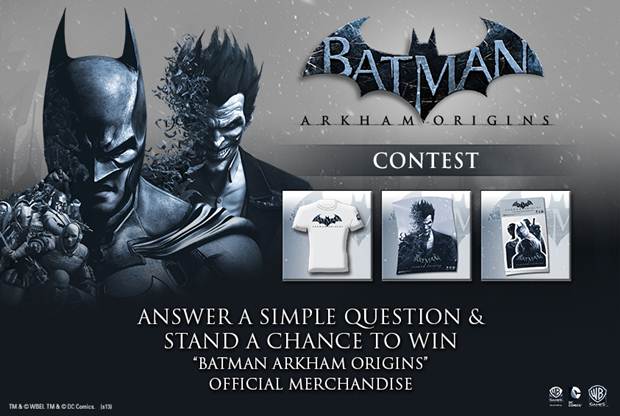 Alright! This is a big one. Five lucky gamers will stand a chance to win a combination of several Batman Arkham Origins merchandise. These include:

Check out the image above to get an idea what these merchandise looks like. How do you get your hands on this? As usual, just answer the questions in the comments section below:

Contest will run for a period of 5 days and will end on 29th, October.