Battleborn Beta Graphics Comparison: PS4 vs Xbox One vs PC

Our first look at Battleborn across all versions. 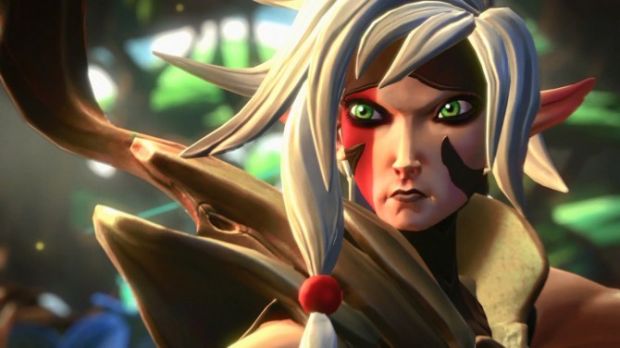 Gearbox Software’s Battleborn, although a ton of fun, finds itself in a rather tough situation. With Overwatch taking away much of the attention it’s a shame that Battleborn may not receive the recognition it deserves if the beta is anything to go by. One look at Battleborn and it’s impossible to not notice Borderland’s influence on character design and art style. The game does not seem to be pushing the visual envelope so it should not be taxing any platform, right?

Before we jump into analyzing all three versions, there are a couple of things that need to be mentioned. First of all, this is a beta so what we mention here may not apply to the retail version. Things can always change in the final version but analyzing pre-release builds helps all of us understand how things are moving forward development wise. Secondly, this is going to be a brief look at all three platforms but you can expect a fully fledged analysis when the game launches next month.

The Xbox One version runs at a native 1080p resolution whereas the PS4 version also runs at a native 1920 X 1080p resolution. On the performance front we are primarily looking at a locked 30 fps experience on both consoles, which is a surprise if we were to be honest. We were expecting 60fps given the fast action gameplay. Whether this impacts gameplay in any way is something we will take a look in the final version but the lack of a 60fps in the beta is a tad disappointing. Regardless, the game manages to deliver a smooth 30 frames per second with only a few frame rate drops.

Switching over to the PC build, the developers recommend an Intel i5-750 / AMD Phenom IIx4 945 and AMD HD 7850/ NVIDIA GeForce GTX 660 along with 6GB of memory. As expected, not many PCs will have issues running this game at maxed out 1080p settings at 60 fps. We tested the game on an Nvidia 970 GTX and Intel Core i7-3770, and as expected no issues with frame rates. But we did observed torn frames at times resulting into screen tearing. Hopefully, this is something that the developers will fix by launch.

We also wanted to specifically mention about anti-aliasing. There seems to be something wrong with the way AA is implemented on all platforms. On the PS4 and Xbox One versions one can clearly see jaggies on object edges but the real surprise is that it’s also present on the PC build.

Regardless, it seems that Battleborn is shaping up quite well but the lack of 60 fps on consoles is something we are going to be talking about when the game launches next month.