Battlecry Wiki – Everything you need to know about the game

Everything you need to know about Battlecry

Battlecry is an online multiplayer action game consisting of 32 player based team battles that is currently in development by Battlecry Studios, the Austin based video game developer that was created by ZeniMax Media in 2012. A team made up of video game development professionals, the studio has recently been confirmed to be geared towards the free to play gaming model with the announcement of Battlecry, their first game as a studio. They are officially the second studio belonging to ZeniMax Media alongside Arkane Studios, developers of the massively successful stealth action game, Dishonored.

Battlecry Studios, as mentioned before, are the second studio that has been created by Zenimax, they are also apparently geared towards making use of a free-to-play game model which most modern day gamers tend to reject as a serious business model due to a general emphasis on the Pay To Win ideology​. At the moment, the game is planned to be released on the PC, presumably through Steam, though no other platforms have officially been announced to be supporting the game.​​

Zenimax Media set up Battlecry Studios at some point in 2012 with the task of tackling the Free to Play business model in their video games. Free to play, often called Pay to Win, is a generally disliked business model because most Free to Play games are either of sub-par quality and/or reward players who pay more than players that are skilled. However, when Battlecry Studios was seeking staff, they were looking for employees who had experience in “micro transactions,”, ths would of course imply that the game will make use of microtransactions.

Being the second studio set up by Zenimax, this means they are working alongside (though not co-operating with) Arkane Studios who previously developed Dishonored. With that in mind, looking at the games promotional art and some screenshots, the two IP’s seem to share a distinct and very similar art style and overall design aesthetic. This was further expanded upon, and partly explained, during the games announcement post, an extract reads “Beyond combat, we wanted to offer something else to players – an original IP. In this new universe where traditional warfare is dead and gunpowder is outlawed, we looked to a striking fictional world directed by Viktor Antonov – well known for his amazing work on Dishonored and Half-Life 2 – to help reveal the story of the Panasophic Revolution…”

Heading up the team at Battlecry Studios is Rich Vogel,a veteran in the video games industry in the truest sense of the word, having worked on such titles as Ultima Online, one of the original true Massively multiplayer online role-playing games which went live in live in 1997, it’s is still running to this very day, such was its significance in gaming. Vogel also served as executive producer on Star Wars: The Old Republic and Star Wars Galaxies, (both of which were successful but ultimately unremarkable MMORPG’s set in the Star Wars Universe) amongst many other PC games and console titles in his career which has spanned over 20 years.

The game is being developed and marketed as an online Multiplayer Action Game rather than a online multiplayer first person shooter, of which there are already a great many. Coupling the gameplay style (which consists of a variety of classes that all specialise in one particular field) with a free to play business model, the game can be expected to play somewhat similar, if not identically, to Valves smash hit title Team Fortress 2 that is without a doubt one of the most successful free to play games that has ever been made, due in no small part to Valves peerless market research and development ideals. If Battlecry can steal even a portion of the TF2 install base, then it will be considered a success.

Lucas Dave, design director at Battlecry Studios, has said, “We’ve created a strong, distinct multiplayer experience, a new type of action game with fast frenetic multiplayer set in a beautiful world,” which is to be expected given that Vogel is on the team, PvP is a core part of most MMO’s that would scale well to a team based shooter with the right directing. The multiplayer experience can only go as far as the classes allow, and because of that each player will be fighting to obtain “Iron”. The games currency. This currency is used to unlock other characters and create specialised combat weaponry. Whilst not confirmed yet, it’s assumed that “Iron” will be available for a real world exhange of cash for product. This is the primary concern amongst gamers given that it’s the only real viable business model afforded to free to play games and it does, unfortunately, make the game a Pay to Win experience.

To that end, there will be a Beta made available in 2015, whether or not this is private or public isn’t certain yet. The Beta will include 5 classes only, but each will be playable . 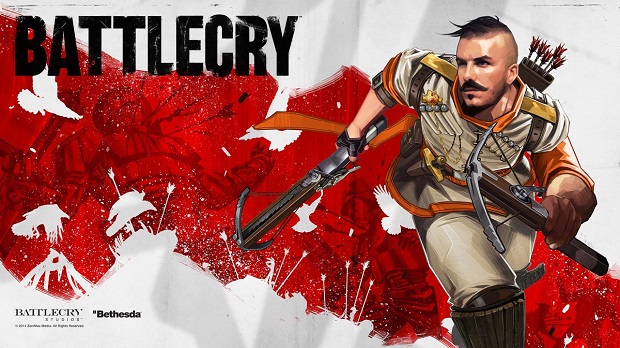 Not much story has been revealed outside of the general story outline. This is that sometime in 20th century, all of the worlds powers agree that if they are to kill each other, it will not be done from down the barrel of a gun. To that end, they all signed “The Black Powder Treaty” (black powder, for those of you that don’t know, is the common name for gunpowder that was used in conventional firearms in there early years, think of a flint lock musket or pistol for a good idea) that prohibits the use of gunpowder operated weaponry, leaving swords and clubs and other technologies of the time the only viable alternative. Cleverly though, this doesn’t rule out the use of mag rails to create rail gun like weapons (similar to that of a coil gun) that propel metal at high speeds without the need of gunpowder.

Wars and conflicts are also restrained to certain warzones to help limit, if not entirely remove, collateral damage that so threatens the innocents in war. These concentrated warzones are designed in a way that means mass armies of chaff and canon fodder are of no use, instead armies are made of small groups of specialised soldiers that are the elite amongst the elite. 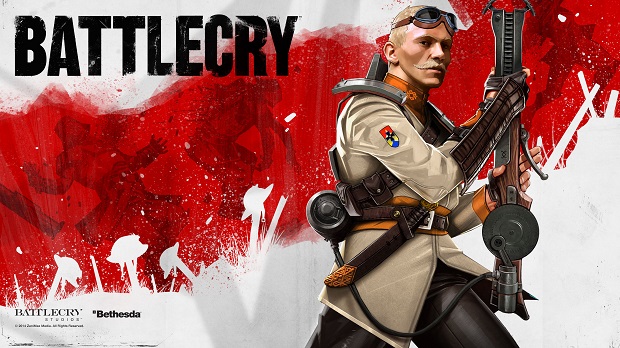 Players are split into teams in a 32 person war, split into teams of 16 in a team vs team battle with each individual player taken control of a character class that is a specialist in their field. For more information on this, see the Character portion of this Wiki. The best way to think of this game at the minute is Team Fortress 2 with a new lick of paint. More details as and when they’re available.

At this time, details about the characters are vague at best. Three out of the five available classes have been revealed by name and they are the enforcer, presumably the character that makes use of a shield, the duellist is most likely the sword wielding character and the tech archer which is rather self explanatory. A fourth may be the Gadgeteer.