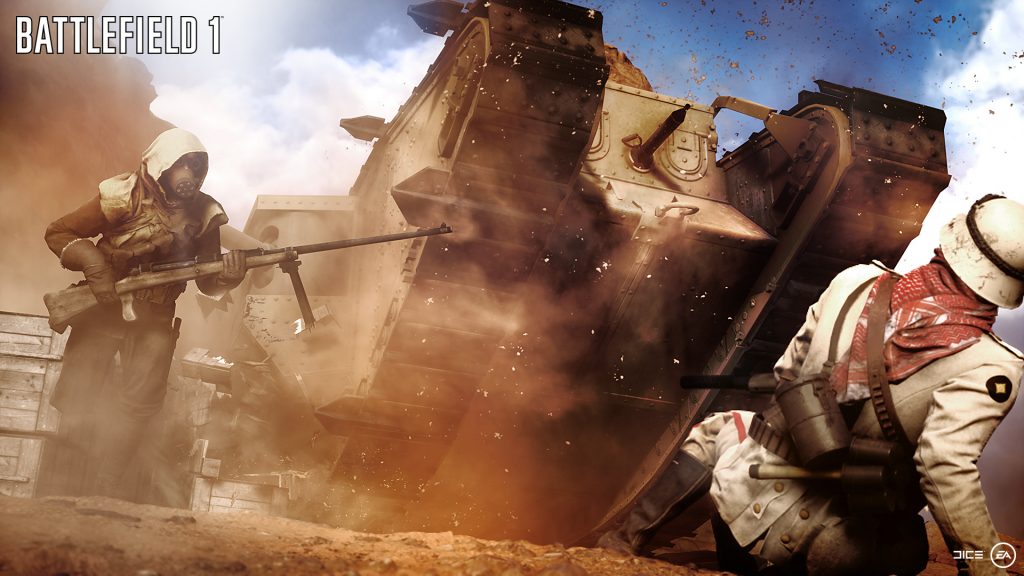 Gamereactor recently got hold of Alexander Grondal, senior producer of Battlefield 1. You can find the complete interview here, but these are some of the highlights we gleaned  from it:

Battlefield 1 is substantially more dynamic: Battlefield’s always been about dynamism and player choice, as  opposed to Call of Duty’s largely canned piece-by-piece spectacle. This was, unfortunately an aspect that was rather dialed down in the post Bad Company days, especially in single player campaigns. But with features like dynamic weather, which can impede or aid long-range shooting, Battlefield 1 once again forces players to think on their feet.

Behemoths change the equation: That improbably massive zeppelin hovering above in early promotion artwork wasn’t just for show. Massive mobile structures like zeppelins and trains can traverse the map, raining destruction. And they’ll blow even more stuff up if you take them down.

The maps won’t be samey, gameplay-wise: While having a large assortment of multiplayer maps to play on is a good thing, there’s not much point if they’re all more of the same. Grondal’s gone on record to say that each map will offer a unique “gameplay flavour.” While this may very well be marketingspeak, between the dynamic weather, and unpredictable behemoths, we wouldn’t put it past DICE to make Battlefield 1 map a differentiated experience.