One thing I hate about this new DLC from DICE titled Armored Kill is that camping returns big time here. But you can’t really fault the playing style of gamers because, let me get this straight, the maps are gigantic. In fact, gigantic is an understatement, some of the maps are much bigger than the ones in Battlefield 2, and that was a PC exclusive! 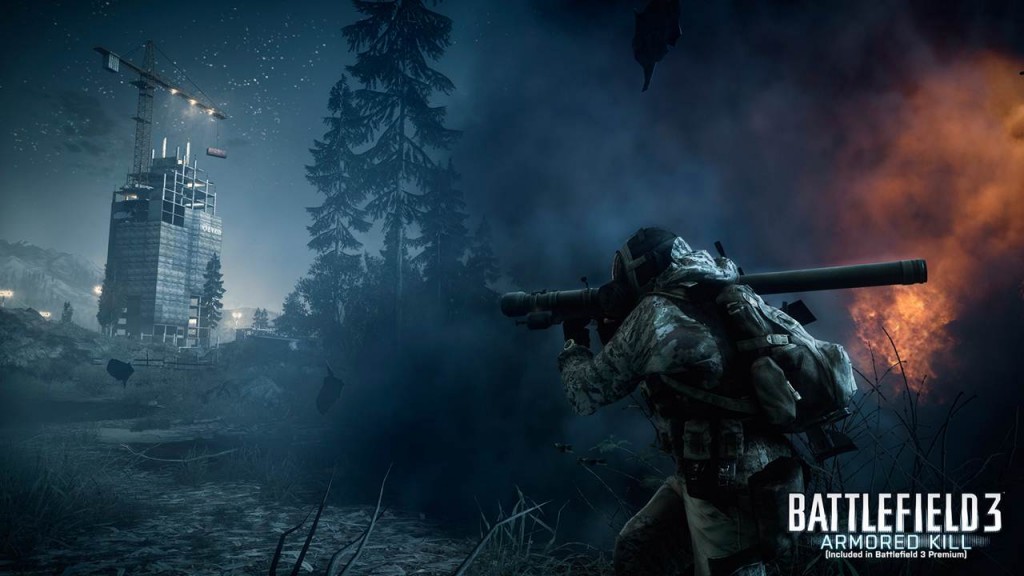 So what do you get here? Four new maps, a bunch of vehicles and some other upgrades and unlockables you should have no problem identifying. The sheer size and scope of the map itself makes this the best Battlefield 3 DLC yet in my opinion, although, I’m just a sucker for expansive areas. Playing this on a PS3 is a downer because you only get 24 player support and any more, will surely make your PS3 explode. Have to envy the PC gamers here with their 64 player servers, which does a lot of justice to these maps.

Why I am saying this because, it is very hard to find players in the console version, or more specifically the PS3 version. The maps are so huge that you will literally spend just going from one area to another. Battlefield: Bad Company 2’s quad bikes are back, though, and it’s something that is very helpful. 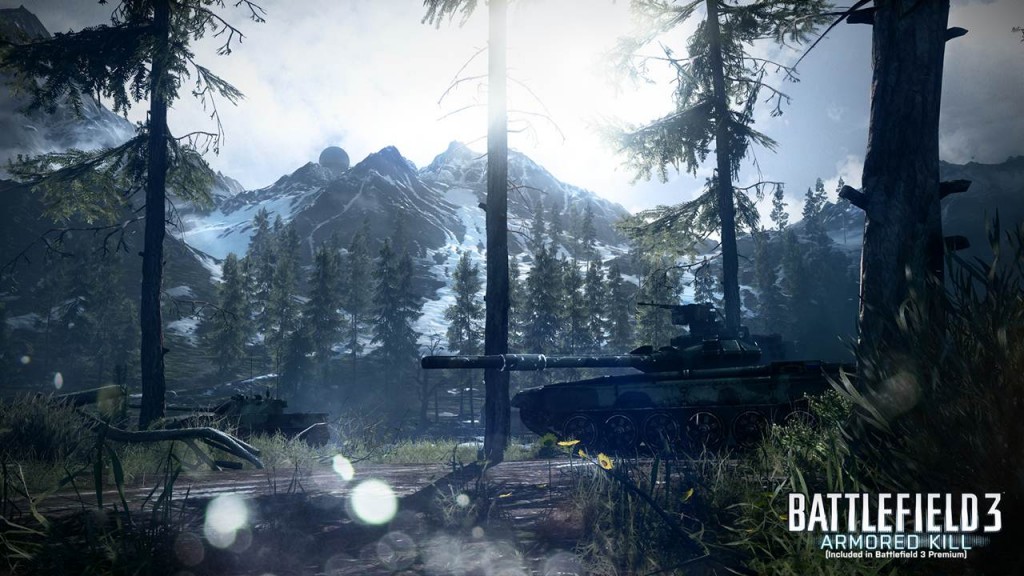 The Armored Shield map, I felt, was excellently designed–set in a bombed out Russian countryside. Alborz Mountains was the most impressive one offering both snowy and lush forest terrain. It is a difficult map as well considering the types of navigation hardships you have to face. I have to give credit to DICE here, they’ve created something impressive and something that gives the true Battlefield feeling. It’s nothing short of impressive. After Close Quarters map pack which, as the name implies, allowed you some one on one action, but they’ve turned the tables with this DLC.

There is a Tank Superiority mode where, you know, you get to blow up tanks. It’s quite exhilarating but can get frustrating if you keep dying all the time. There’s also an option to use the AC 130 behemoth, as it keeps circling a specific area, offering you tons of firepower to take out ground, and air units. This of course requires some team work, as the defense is quite low and the flying zone is predictable. 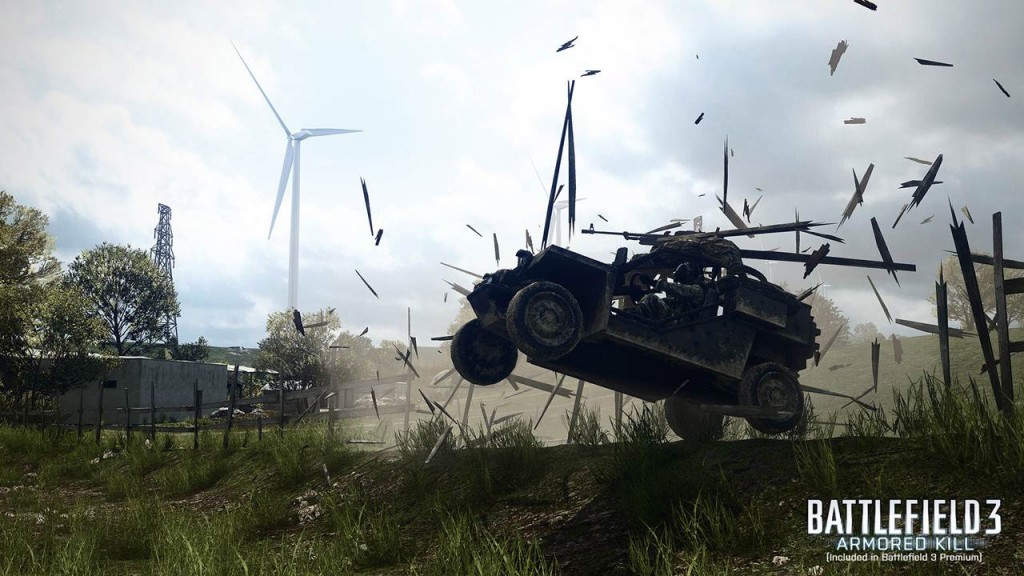 The other two maps are Death Valley and Bandar Desert, with the latter being a sprawling desert offering tons of gameplay opportunities. The entire thing is so special because the game looks so stunning on consoles as well as the PC. Chalk it up to Frostbite 2 but this is truly an impressive achievement by DICE. The maps support Rush and Conquest modes and the only downside is that sometimes the large size can be a huge bottleneck and can turn off a lot of player to to the incessant traveling from one place to other or waiting for vehicles only to get screwed in the process.

Lots of new maps which are well designed. Huge maps suited for vehicles. No performance issues on the PS3.

Encourages negative strategies. Waiting for vehicles is a pain.

Final Verdict:
SUPERB
Armored Kill DLC is worth owning for the Battlefield 3 fans that still play the game. It offers a lot of fantastic maps, new vehicles and a bunch of modes that increases the replayability a lot.
A copy of this game was provided by Developer/Publisher/Distributor/PR Agency for review purposes. Click here to know more about our Reviews Policy.