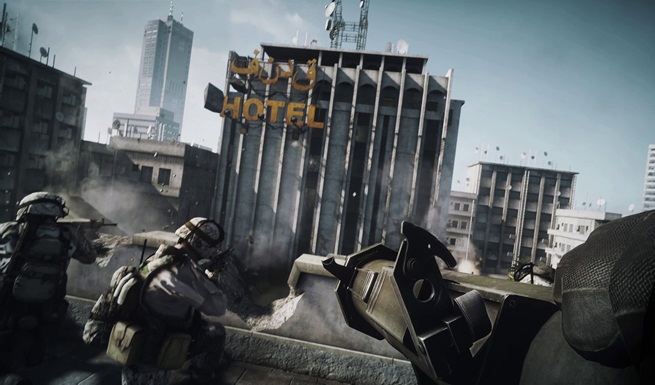 EA has released a four page long Battlefield 3 fact sheet, listing all sorts of weapons, equipment, vehicles and other stuff included in the game.

The fact sheet reveals the game has 9 multiplayer maps in total, and six gameplay modes, and also reminds us the game includes 350 dogtags and 100 medals,and much more.

The fact sheet can be reviewed through these four links.

There’s been a lot of updates on Battlefield 3 lately, so keep up with them through this link.

Battlefield 3 releases in October on the PC, PS3 and Xbox 360.