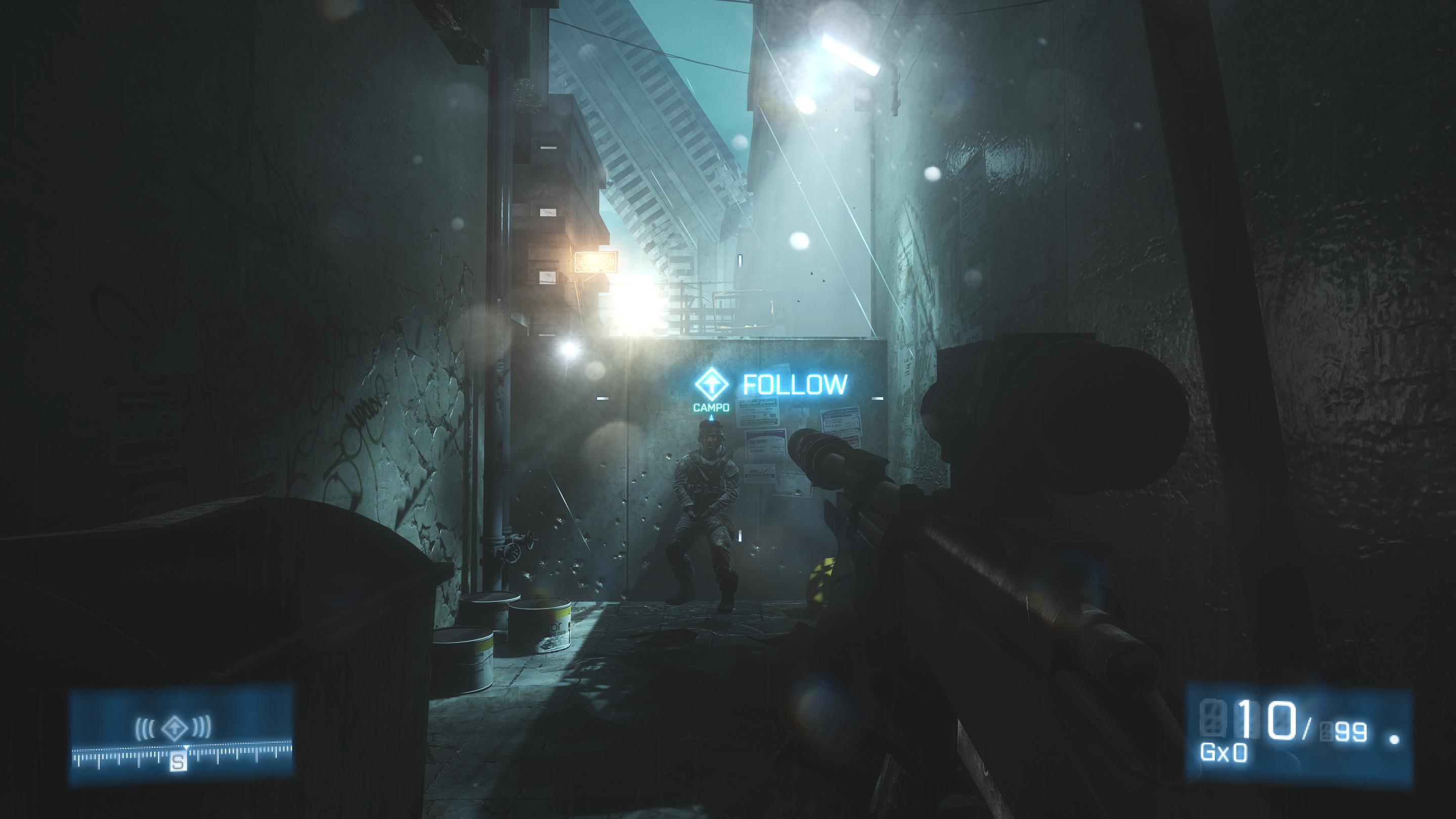 For those of you who’re worried that the Xbox 360 version of Battlefield 3 will have sucky textures as compared to the PS3 or the PC versions, we’ve got good news.

The Xbox 360 version of Battlefield 3 will have a hi-res texture pack optional install on the second disc of the game, so you can install that and play the game with better textures and, consequently, better visuals overall.

“There’s a voluntary install on the 360,” Battlefield 3 producer told Gamerzines. “I think Rage did it as well, where you can install content to stream higher res textures.

“We’re pushing that technology to the limit, and compared to our competitors, I would argue that we’re the best looking game.”

Liu also confirmed that the single player campaign, the co-op and the multiplayer will also be slip between the two discs, without saying which will be on which.

In another interview, Liu said that DICE might work on a sequel to the highly acclaimed Battlefield: Bad Company sub-series. Read the report here.

Battlefield 3 releases later this month on Xbox 360, PS3 and PC.