Though there haven’t been any official announcements on the matter, Platinum Games head Hideki Kamiya has been rather vocal about his desire to make a sequel to last year’s Bayonetta. Whether the game is a direct sequel or a spin off as has been implied by Kamiya, here are ten changes we’d like to see made for the continuing adventures of Bayonetta.

Style was one thing where Bayonetta excelled. The soundtrack though, good as it was, could’ve done with a bit more variety. Whilst the incidental music was spot on, it was the use of actual songs that fell slightly below the mark. Don’t get me wrong, the remixed version of Fly me to the Moon was fantastic, but it was used a little too much for my liking. More remixed jazz standards is what we need in Bayonetta 2. 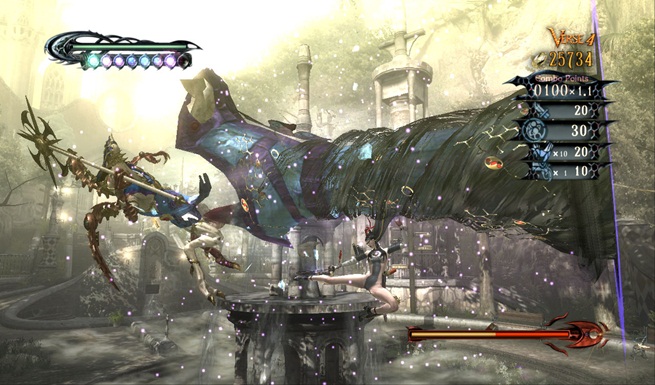 Two boots would be better than one

Bayonetta was a hectic, and often confusing experience. Regardless of this, something about it just seems ripe for co-op gaming. Just imagine multi-player combos and the general bedlam that two Bayonettas could create. Imagine the old two player brawlers like Streets of Rage and Golden Axe, but in 3D and with the in your face aesthetics of Bayonetta. Don’t pretend that doesn’t sound good. Even if it’s just separate challenge modes, co-op would be a boon for Bayonetta 2. 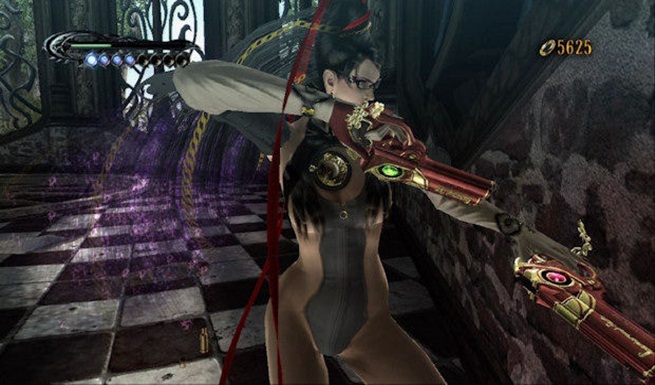 Where have those pesky enemies gotten too?

It’s a small niggle, but one that seems to plague many third person action games. It only seemed to happen when Bayonetta ran close to a wall, but the camera would try its best to follow her into the scenery, obscuring your view somewhat. In a game where enemies come as thick and as fast as in Bayonetta, having your view obstructed in this way, even for a second, was often the difference between success and failure. It’s a small tweak, but one we’d like to see all the same.