2015 was a pretty good year for competitive multiplayer, but which game provided the best experience?

This year has been very good for competitive gamers (except if you play Destiny, in which case rest in peace when you finally stop lagging). Aside from getting a new Call of Duty, we actually received a new Black Ops title this year. 343 Industries recovered admirably from the atrocity that was the Master Chief Collection and delivered some fresh new mechanics, a fun PvP/PvE mode with Warzone and free updates in Halo 5: Guardians. Star Wars: Battlefront was also a thing and even if you’re not a fan of its simplicity and weak single-player missions, it did capture the look and feel of the original Star Wars universe beautifully.

And then there’s Rocket League. Oh, Rocket League . It’s amazing how much depth can be discovered in this year’s offerings, even if many of them are shooters. There can be only one winner of our best competitive multiplayer game award though. Here are the nominees. 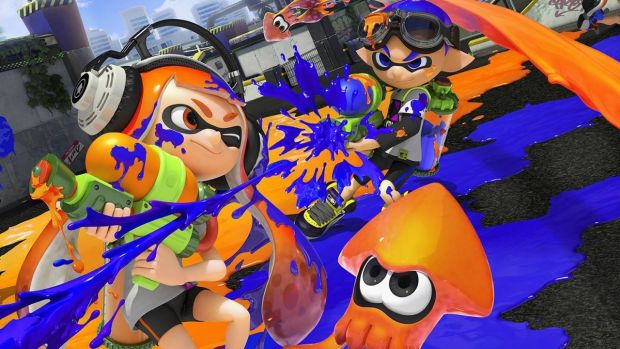 Yes, Call of Duty: Black Ops 3 is a Black Ops title but it’s still the same Call of Duty formula for another year. The same goes for Halo 5: Guardians which, despite many new and interesting features, didn’t really evolve its multiplayer all that much. Rainbow Six: Siege was a good experience but not one that felt like it had a long life-span. Really, it seemed like Rocket League would have been our winner were it not for Splatoon.

Splatoon released on the Nintendo Wii U earlier this year and featured one of the freshest competitive shooter experiences in recent memory. The game’s combination of well-designed maps, fun movement and shooting mechanics, intriguing modes and the constant stream of free content and events makes Splatoon a must-play experience. No, there’s no voice chat and yes there are private lobbies (you can’t change any settings though like in custom games), for those wondering.