Beyond a Steel Sky Interview – Premise, Structure, Length, and More

Posted By Shubhankar Parijat | On 11th, Mar. 2020 Under Article, Interviews

It’s been over two decades since the adventure title Beneath a Steel Sky came out, and rumblings of a sequel have refused to die down in all that time. Soon, developers Revolution Software will finally be returning to the property with Beyond a Steel Sky, and while they are, of course, building a game that harkens back to its predecessor’s strengths in many ways, they’re also making a lot of drastic changes to ensure that it’s received well by modern audiences. Some time back, we sent across some of our questions about the upcoming Apple Arcade title to its developers- you can read our interview with Revolution Software co-founder Charles Cecil below. 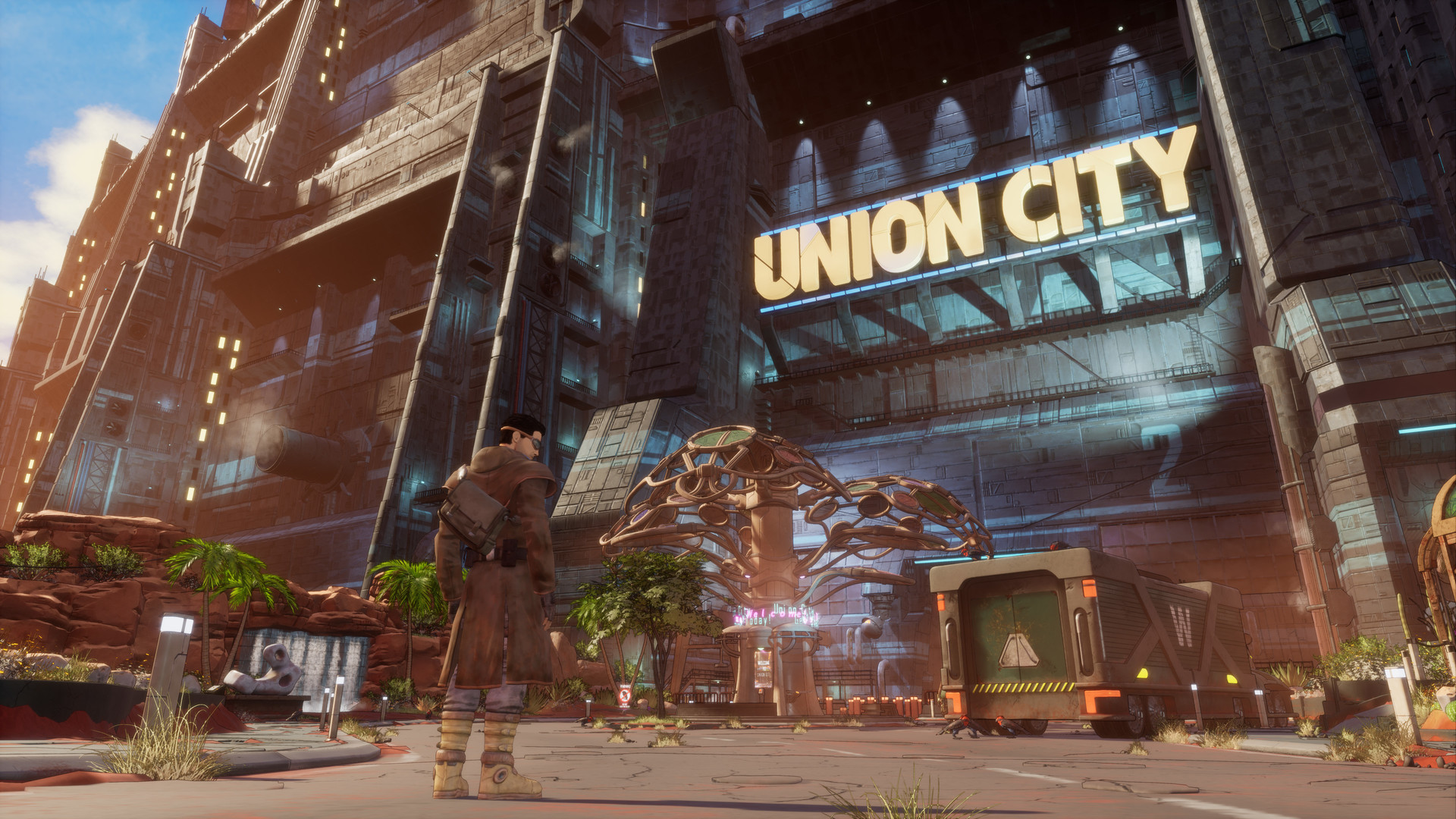 "Our ongoing enthusiasm stems from the passion that the original game still commands – it is named by so many people as their favourite adventure, and over the decades people have continued to contact us, or approached me directly to ask for – or just demand – a sequel."

It’s been a long, long time since Beneath a Steel Sky came out. What led to the decision to make a sequel for it after such a long time?

The original Beneath a Steel Sky came out 25 years ago – as you say, it was a long, long time ago! It was written in partnership with Dave Gibbons, artist and co-creator of the classic comic book Watchmen. Dave and I have spoken on and off about working on a sequel to Beneath a Steel Sky since the game’s original release. Our ongoing enthusiasm stems from the passion that the original game still commands – it is named by so many people as their favourite adventure, and over the decades people have continued to contact us, or approached me directly to ask for – or just demand – a sequel.

Commercially the opportunity to self-publish and to communicate directly with our fans has been a huge game-changer – rather than having to convince a risk-averse publisher to fund and distribute the game, we can now talk directly to our community to understand their hopes – and fears.

Creatively, the design of Beyond a Steel Sky aims to appeal both to the fans of the original as well as a new generation of gamers. We have worked hard to translate many of the core values of the original into a hugely ambitious adventure that leverages cutting-edge technology to deliver a beautiful game, with highly compelling gameplay and a rich narrative.

Given how much of a gap there is between the two games, how are you tackling the sequel? Have you made it a point to ensure that those who haven’t played the first game will still be able to understand what this one is all about?

From the outset, the game has been designed to ensure that it will offer a great narrative experience for people who have never played, or even necessarily heard of the original. The important elements from the original are, of course, interwoven into the new narrative – but from a different angle so fans of the original will learn more about the original game world, and be rewarded with references as well as encountering familiar characters. So hopefully we can draw a balance between ensuring that new players don’t feel that they are missing out, and original fans are rewarded with a degree of familiarity. This is very much a fresh game as a result, rather than a sequel, which is why we have named it Beyond a Steel Sky rather than Beneath a Steel Sky 2. 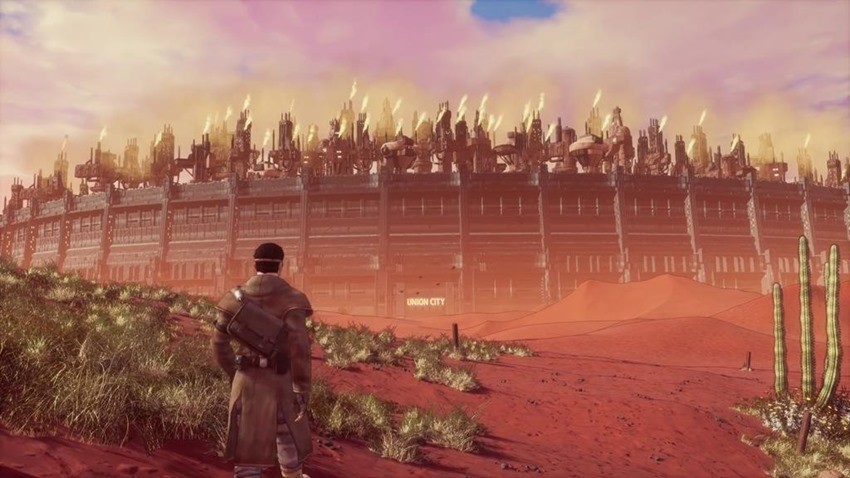 There’s a drastic change in how players are going to interact with Beyond a Steel Sky as compared to what Beneath the Steel Sky was. What led to that change? Was it simply because of the passage of time, or are you looking to try some other, newer things in terms of what sort of a gameplay experience this is going to be?

When the original Beneath a Steel Sky was released, point and click adventures represented the cutting edge of graphics technology. The vision for Beyond a Steel Sky is to deliver the narrative and puzzle structure of an adventure, but in a much more dynamic way utilizing the opportunities of current technology.

We have once again partnered with Dave Gibbons, and are using advanced toon-rendering technology to create an interactive comic book style. Not only does this offer a unique look, but it also works well for an adventure game – the flat-coloured backgrounds make it easier for the player to scan and recognize objects that will be relevant to solve the section’s puzzles. Rendering the game in 3D also, of course, offers great opportunities for dramatic cinematography.

The core gameplay developments actually take inspiration from Revolution’s original games, in particular Lure of the Temptress – that of creating a ‘virtual theatre’ environment in which AI-driven characters inhabit the world, following their own motivations which the player can then subvert – either directly through their actions in the world, or indirectly through hacking the AI systems to create unexpected outcomes for those characters. This makes the world feel very dynamic, with the solutions to puzzles often emerging from logical character behaviours.

These elements do mean that the game will offer an entirely new experience, albeit one that takes place in a familiar setting for fans of the original.

Looking at the game’s premise, it gives off some major 1984 vibes, at least in terms of the themes it’s tackling. How much, if at all, did that influence you? Were there any other literary works, games, or films that you drew inspiration from?

Beyond a Steel Sky describes a benign regime that seeks simply to make people happy – from an AI’s perspective. I hope that it will feel very relevant in the modern day – the perceived notion of wellbeing and happiness, and how this connects to societies where AI is being used to reward or punish people at micro-level human activities. How much can we trust AI to comprehend genuinely human behaviours – and how dangerous might it be when we do? It feels that the time is right to explore these questions as Orwell’s 1984 did for the Cold War era. Although I also take inspiration from Terry Gilliam’s Brazil in terms of the juxtaposition between the terrifying and the ludicrous. 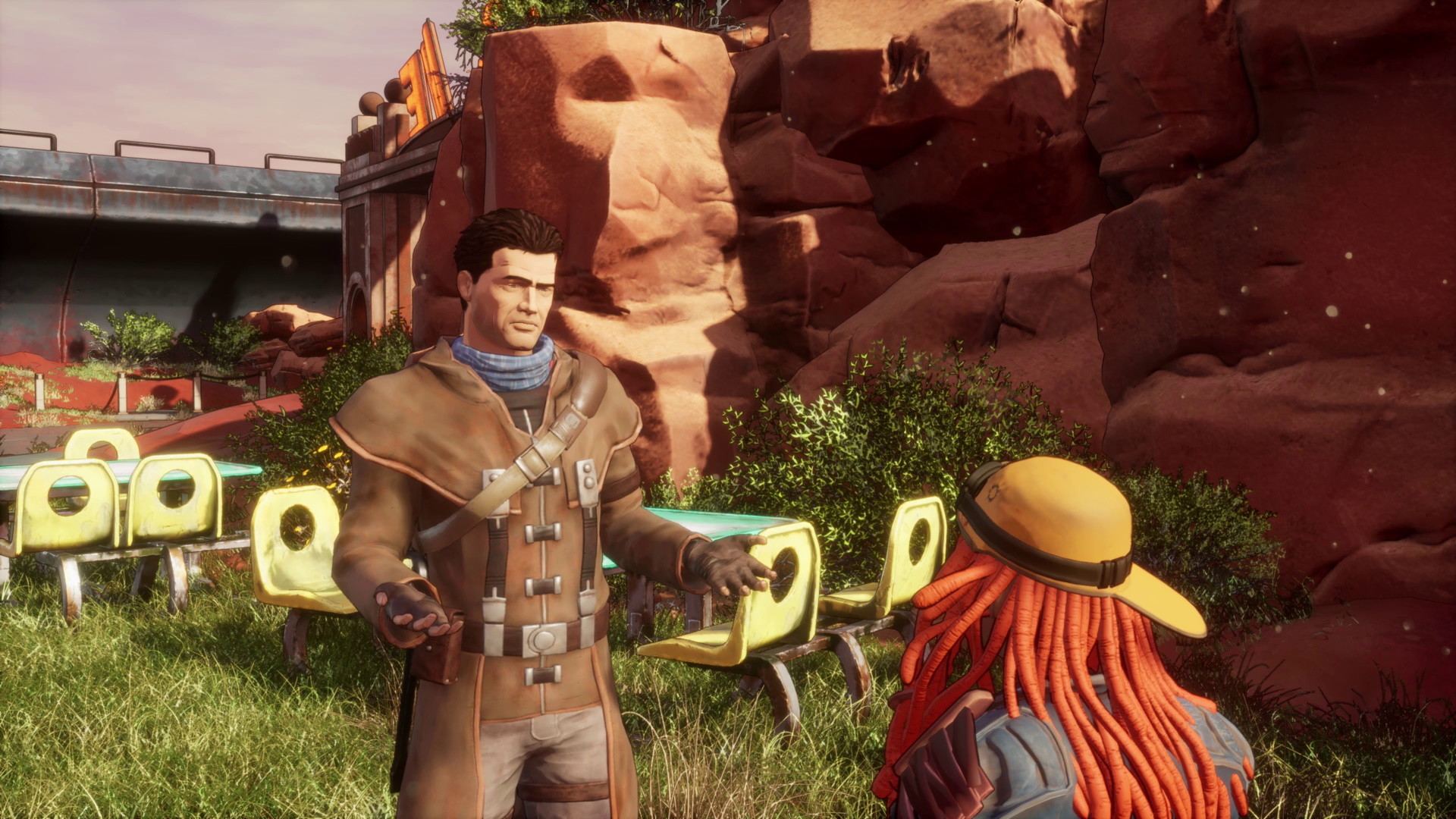 "Game testers who play for the first time are finding that it takes around 12 hours to complete."

It seems like puzzle-solving is going to be an important aspect of the game- can you talk about how heavily the game leans on this element, and how this ties into the narrative?

Our main design focus has been to seamlessly interweave the story with open-world gameplay, driven by complexly plotted characters. The design process starts with a story overview, and core puzzle structure – these two documents are kept separate throughout development – each informing the other so the design of great gameplay moments reflect back into the story, whilst story defines character motivation and dialogue. The key objective, as in any of our games, is for the player never to feel that they are being artificially blocked, but rather that they are encountering plot-driven hurdles which they are motivated to solve because it will drive the narrative forward.

Ultimately, we want to surprise and delight players as they experience a roller coaster narrative that is, uniquely to the interactive medium, driven by them.

About how long is an average playthrough of Beyond a Steel Sky going to be?

This is always such a hard question because everyone plays at their own pace. But game testers who play for the first time are finding that it takes around 12 hours to complete.

Tagged With: Apple arcade, beyond a steel sky, revolution software