Although Quantic Dream’s latest is a technical feat, its slightly derivative quick time events and convoluted plot may put off certain players.

I was extremely fond of Heavy Rain, Quantic Dream’s last venture in the interactive drama genre. One could get emotionally hooked to the story and feel close attachment to the characters. The game also saw the ascent of Quantic Dream as a recognizable studio, after the exceptional and under-rated Fahrenheit. However with Beyond: Two Souls, Quantic Dream might have taken a few steps back.

Beyond: Two Souls tells the tale of Jodie Holmes who is born with a special gift, a supernatural entity named Aiden that protects our heroine under any and all circumstances. The game takes the player through fifteen years of Jodie’s life as she tries to discover the truth behind this mystical being. Instead of following a chronological order of events, the game jumbles the story to and fro across different stages in Jodie’s.

This approach to storytelling may daze certain players and it is only in the latter half of the game that the plot comes together albeit in a convoluted manner.Players who are expecting a straight forward story telling experience similar to Heavy Rain or Fahrenheit should prepare themselves ready for befuddlement. 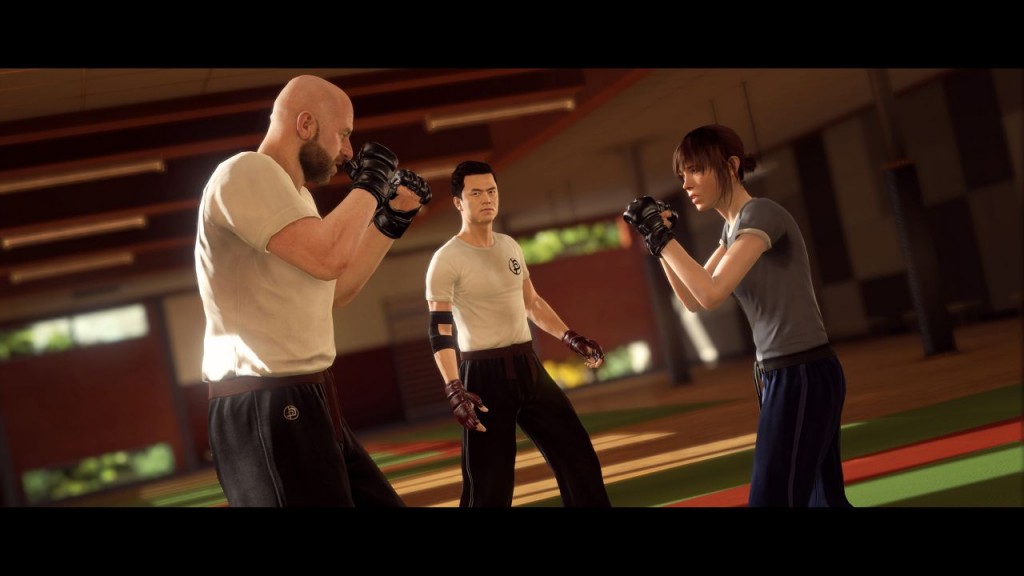 "The ability to control Aiden is a master stroke as it can lead to some thought provoking gameplay features. If Jodie ever finds herself in a bothersome spot, she can invoke Aiden who will take control of a nearby NPC and take out enemies,destroy objects or even launch vehicles in to the air using its psychokinetic abilities."

The gameplay in Beyond Two Souls is entirely dependent on quick time events but the developers have mixed it up with slow motion action, driving and horse riding mechanics. Later in her lifetime, Jodie joins the CIA and undergoes vigorous training for close quarters combat. Some chapters will require Jodie to undertake covert missions where a mixture of patience and stealth is a must.

I found these sections fun since it gave me a break from the repetitious quick time events. As you play through the game you will meet certain characters that have lost their loved ones. In such scenarios, the game allows Jodie to use her paranormal abilities and allow the dead to use her body as a host. This leads to some genuinely chilling moments as Jodie sounds and acts spooky but nonetheless, it adds a pretty intriguing dimension to the gameplay.

The ability to control Aiden is a master stroke as it can lead to some thought provoking gameplay features. If Jodie ever finds herself in a bothersome spot, she can invoke Aiden who will take control of a nearby NPC and take out enemies,destroy objects or even launch vehicles in to the air using its psychokinetic abilities. With the help of Aiden, Jodie can take a peek into certain character’s past and divulge more information regarding a particular scenario within a mission. Quantic Dream struck the right balance in terms of play time between Jodie and Aiden resulting in some neat gameplay. 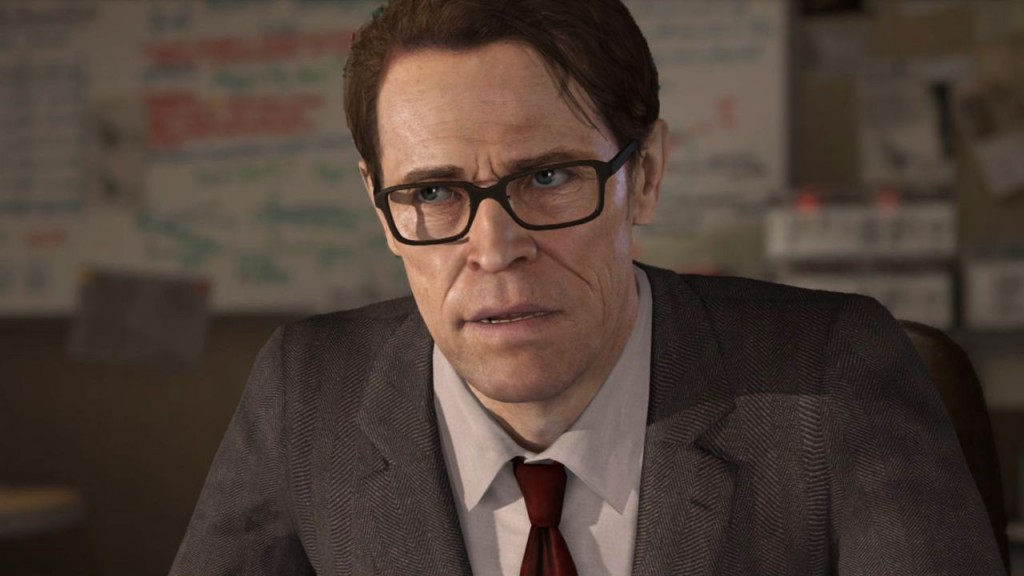 "With Beyond Two Souls, Quantic Dream takes video game motion capture miles ahead of anything we’ve seen till date. The facial models are rendered realistically and even the slightest facial movement is presented in an awe inspiring manner."

My one gripe with the game is the irritating camera and the awkward movement that Jodie makes when she is running away from something. The camera’s inability to rotate 360 degrees becomes a real pain and on many occasions I found myself lost. This kind of disturbs the experience specially when there are fast paced events, almost killing off the adrenaline that you get from these set pieces.

Back in 2010, Heavy Rain set a new benchmark of video games visuals with its close to real motion capture technology. With Beyond Two Souls, Quantic Dream takes video game motion capture miles ahead of anything we’ve seen till date. The facial models are rendered realistically and even the slightest facial movement is presented in an awe inspiring manner.

Some may debate that this is expected from Quantic Dream since they are already supply motion capture services to the movie industry but getting it up and running on a seven year old hardware is a remarkable achievement. Without a shadow of doubt this is the best looking PlayStation 3 looking game you will ever come across, giving the likes of Uncharted 2: Among Thieves and The Last of Us a run for their money. 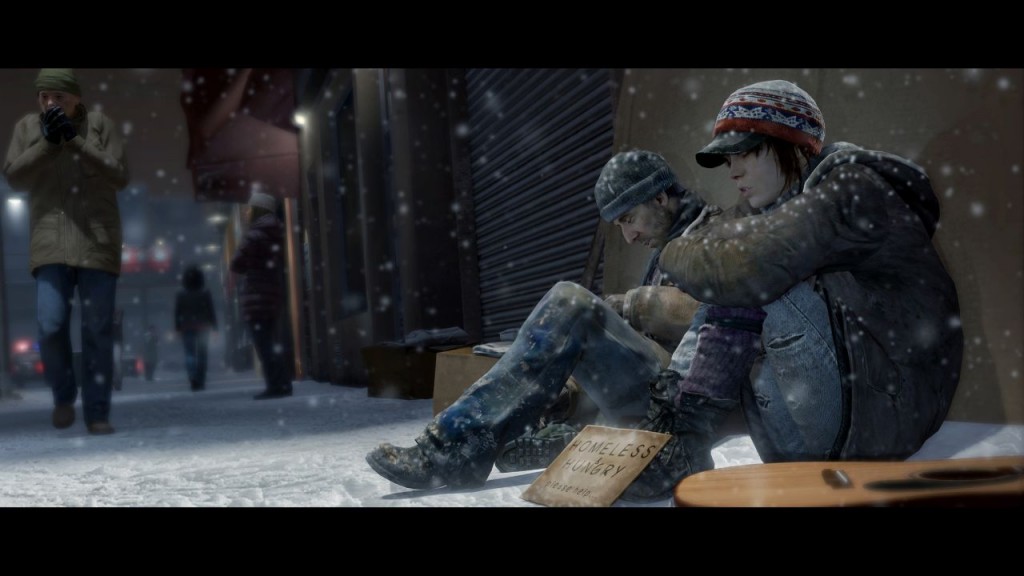 "Accompanying the impeccable motion capture is the voice acting and music. When you have a strong cast voicing the main characters things can’t go wrong."

Accompanying the impeccable motion capture is the voice acting and music. When you have a strong cast voicing the main characters things can’t go wrong. Ellen Page does a prodigious job in voicing Jodie. Jodie goes through a lot and Ellen Page does justice to the character, displaying various levels of emotions from happiness to frustration. Willem Dafoe does an admirable job of voicing Nathan Dawkins who acts as the surrogate father of Jodie. The other characters all come together in delivering excellent performances all around, resulting in some scenes that may even bring a tear to your eye.

The campaign lasts for around ten hours, which is a pretty decent length when compared to other single player games. The game may encourage some players to go for multiple playthroughs but I am not sure whether the experience will change too much after the first play through, which make you well aware of the plot as is.

Beyond: Two Souls is yet another solid PlayStation 3 exclusive and yet again shows Sony’s strong support for its aging hardware, even with the imminent launch of the PS4. Its visuals, voice acting and certain gameplay features will suck you right in but there is a fair chance that its somewhat convoluted plot and repetitive quick time events may drain your patience on occasion.

Camera is wonky at times. Quick time events may drain player experience and plot is convoluted in the first half.

Final Verdict:
SUPERB
An exemplary technical achievement, Beyond: Two Souls is one of the best looking PlayStation 3 games of all time. If you can overlook some dumb QTE mechanics and the wonky camera there is some engaging gameplay to be found here.
A copy of this game was provided by Developer/Publisher/Distributor/PR Agency for review purposes. Click here to know more about our Reviews Policy.