The accompanying screenshots give a glimpse of some of the game’s key features, including earning and spending ‘Big Match Bucks’ on infrastructure and stadium upgrades, scoring a goal and making tactical team formation changes.
“This first release of screenshots and trailer demonstrate just how Big Match Striker differentiates itself from other online football titles,” commented Supermassive Games™ Online Publishing Director Geraint Orchard-Bungay. “This mix of football community, competition and humour simply doesn’t exist anywhere else.”
Slated for a late August release, Big Match Striker is highly competitive and will challenge all levels of fans’ football knowledge and strategic skills as they battle in one-on-one leagues to meet the games main objective – to win titles and silverware, build their club’s fan base and prove themselves the ultimate football fan.
Players will need to combine all the skills of chairman, manager, player and fan as the title blends the best of football management strategy and animated trivia games.
Check out the screenshots below. 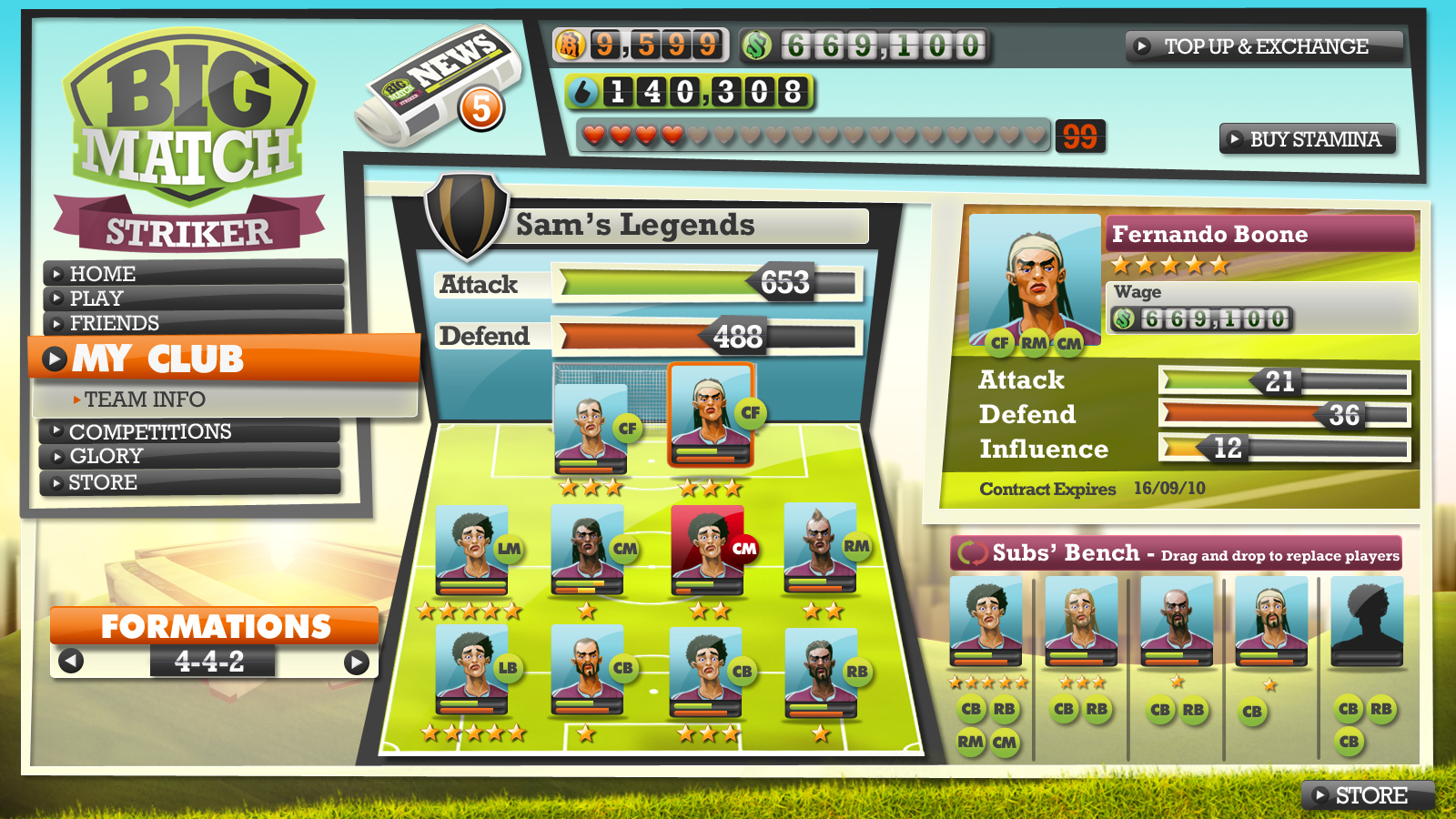