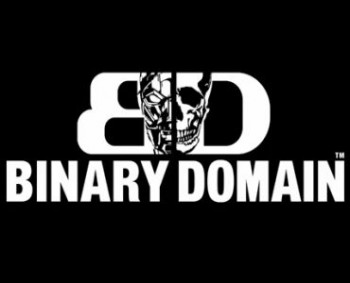 Dan is a member of the international Rust Crew charged with infiltrating robot defended Japan, and identifying the source of an illegal operation creating horrificallylifelike robots called ‘Hollow Children’. This pre order pack will give players access to the ‘SOWSAR-17 SBMOD type G’ Assault Rifle, an upgrade to standard issue firepower. In addition to that, players will also gain access to a number of bionic upgrades: Assault: Physical Enhancement I, Assault: Protective Coating and Assault: Quick Prompt.

The second pack focuses on the recently revealed multiplayer aspects of Binary Domain. The ‘Multiplayer Pack’ gives access to an exclusive multiplayer map, ‘Outside High-rise, Upper City’ which can be played across a variety of Binary Domain’s multiplayer modes. In addition a new playable class is also unlocked, the ‘Ninja’ is offered for both teams; this unique playable character type is perfect for surprise attacks and adapting combat style to the situation. Finally this unique pre-order pack also contains two exclusive multiplayer weapon types the ‘Hoga Type 69’ Sniper Rifle for long range annihilation of enemies and the ‘Yamato-0’ Handgun, for more up close and personal work.

Binary Domain is a pioneering third-person squad shooter from the creators of the Yakuza series. Set in near-future Tokyo where climate change has caused many living in the lower city of Tokyo to live in poverty. With a central branching storyline, voice recognition in combat and conversation and AAA shooter mechanics Binary Domain offers something genuinely unique to the genre.