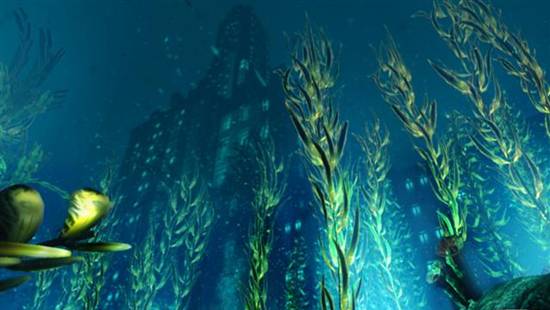 Both the Protector Trials and Minerva’s Den downloadable packs, along with a patch for BioShock 2, will be releasing for the PC shortly, 2K has announced, scrapping their original idea of not doing all this.

Originally, they wouldn’t bring the DLC to the PC because of some “timing and technical issues” but now that they have “reallocated resources,” the DLC and the patch for the PC version of BioShock 2 is back on.

Protector Trials will be out by December, though 2K are “not certain” about Minerva’s Den- it won’t be out before Holidays though.

This is what the official statement by 2K says:

I have some good news concerning the BioShock 2 PC patch as well as the development of Protector Trials and Minerva’s Den for the PC. Not to keep you in suspense any longer, I’ll sum it up with one sentence: We have resumed development on all three and they will be coming to PC.

Many of you might be asking “how did that happen?” When we announced that Protector Trials and Minerva’s Den would not be coming out for the PC due to technical and timing issues, we received a lot of feedback (much of it understandably expressing disappointment and anger) about our decision. I was also asked for more details about what technical and timing issues we were faced with – and I want to take this time to explain a bit more. In terms of the patch and the Protector Trials, we had a working build but there were bugs in the code that would trigger problems with the game during specific situations, and we were not happy enough with the status of the build to release it for certification with Microsoft. As time moved on, we could not resolve these issues to our standards and so could not release to cert. As with all games, however, the dev cycle must end and patches and updates must conclude so that the team can move on to other projects. We hit that deadline without the content being in a state we were satisfied with, so we did not release it.

However, one of the core principles of the 2K Games community is to keep an open dialogue with gamers and listen to what they have to say. We are a company of gamers making awesome experiences for gamers – and given the conversations we’ve had over the past two weeks, we’ve decided to go back and finish the PC patch and Protector Trials. Currently, we are patching the final bugs in these two pieces of content and then will submit everything to certification. The cert process can take anywhere up to four weeks, but as we hit major milestones (passing cert or otherwise included) I’ll tell you guys. We are projecting that the patch and the Protector Trials will be ready to cert in December and I’m happy to announce that they will be available free to the community.

When we stopped development on Minerva’s Den, it was not in a workable state and needed significantly more dev time to complete. As of now, we are not certain how much longer it would take to complete the project to our standards, but we have reallocated resources to work on completing the project so PC gamers can have this experience in Rapture along with 360 and PS3 owners.

Often, development is not a smooth and straight forward path. We never want to disappoint our gamers and we will always listen to what you have to say and try to do what’s right for you and the game. I want to thank all of you not only for your feedback, but also for your patience and understanding. Check back here for more information – I’ll be updating this post as we hit key milestones in development.

We’ll keep you updated on any news on this matter.