BioWare had a Bond-meets-Bourne spy RPG in the works, EA shut it down

Ex-BioWare man Trent Oster says the studio was working on a spy RPG that was sort of like a Jason Bourne and James Bond crossover in 2009, but that EA shut it down due to the recession. Oster describes it as “a new and exciting project that failed to survive the recession”.

It was being developed under the working title of Agent, which is also, incidentally, the name of the Rockstar game that as announced years back and still hasn’t materialized.

“The concept was to do the other half of GoldenEye,” Oster told Eurogamer. “The idea being that James Bond isn’t just a gun that walks around the world and shoots people. He’s a suave manipulator, he’s a talented martial artist, he’s a secret agent. We wanted to cross that 007 with Jason Bourne, where he’s been modified in some way; you’re not sure what, but he’s definitely deadly.

“We really wanted to push the acting side, the digital acting. We really wanted to be very high drama, very intense scenes. I always think of the scene in the second Bourne movie where Jason Bourne’s choking the guy out with a book and he’s right in his face and it’s this very intense moment. That was one of the key things we wanted to carry off.”

The Bourne Ultimate- Bourne vs Desh

However, EA shut the project down since they didn’t “believe” in it. “Fundamentally EA didn’t believe in the concept,” Oster said. “If the company’s not behind it, it doesn’t matter how hard you struggle you just can’t make it happen.”

That’s a shame, because Bourne and Bond are awesome characters, and seeing character developed by BioWare with shades of both the extremely popular spies would have been an awesome thing to behold. I guess it would have been like Obsidian’s 2010 spy RPG, Alpha Protocol, but much more polished.

“I look at the triple-A space and I liken it to a knife fight in a back alley,” Oster said. “There’s no way to come out without some serious wounds.

“The bets are so big now; it’s $30 million, $40 million to make a triple-A console title. You’ve got to license the engine, you’ve got to have a 100-man team, you’ve got to work for three to four years to make it happen. 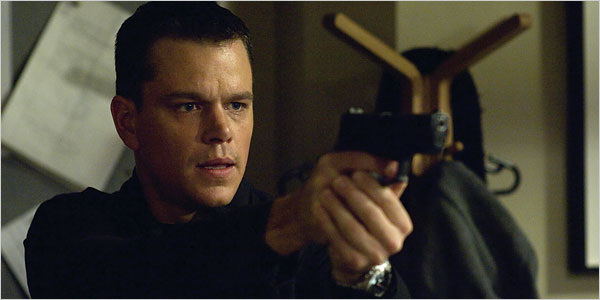 “What I love about making games is the craftsmanship,” he told me. “I love the idea that you get in there and you touch it with your hands and when it’s done I can show you the marks I left on that game. I can point at that UI and say, ‘That is the UI that drove me bat-s*** mental for three days because I couldn’t figure out where the hell to put everything because there’s 50 damn buttons that have to go on that screen!'”

I hate EA for this. A Bond meets Bourne spy RPG by BioWare would have been awesome.

What do you guys think of this? Tell us in your comments.