Posted By Kartik Mudgal | On 21st, Jan. 2012 Under News | Follow This Author @KartikMdgl 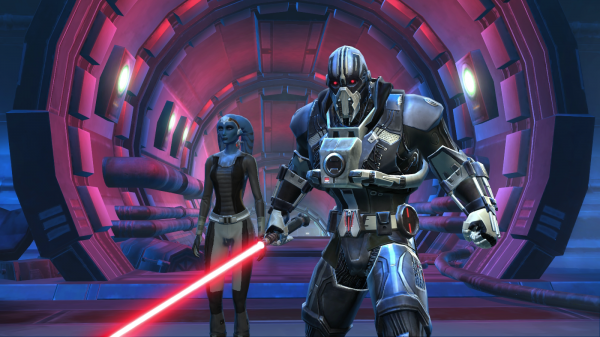 It is reported that Bioware’s mammoth MMO costed approx. $200 million and 800 people from over four continents toiled on it.

It’s also mentioned in a LA Times report that “the story runs 1,600 hours, with hundreds of additional hours still being written. Nearly 1,000 actors have recorded dialogue for 4,000 characters in three languages.”

What caught our eye was that, Bioware had initially planned to make a Marvel Comics MMO, but ended but doing a Star Wars one, and it looks like that went well.

“The idea for the [The Old Repubic] has its origins at a 2005 meeting between [BioWare producer Rich] Vogel and BioWare’s Zeschuk and Muzyka, two Canadian physicians-turned-game developers.

“After attempts to adapt “Lord of the Rings,” “A Game of Thrones” and Marvel comic book super-heroes like such as Spider-Man, the team signed a co-publishing deal with “Star Wars” creator George Lucas.”

If EA wants to recoup its investment, it’s going to be a tough task. They need at least 1 million people to buy the game and play for a year. It’s certainly an ambitious project by EA, and critically it has been well received as well.

But the rewards are plenty if EA manages to get to that stage, which WoW has demonstrated with almost $3 billion in profit over 7 years for Blizzard.

“There’s no other opportunity to make money like this in the entertainment industry because people keep paying to play continuously,” said Bruce Hack, a former chief executive of Vivendi Games.

This is the main reason why EA spent so much on this project, because if SWTOR becomes really successful, $200 million will seem like a really tiny amount in retrospect.