Posted By Zahida Sayed | On 06th, Dec. 2011 Under Screenshots | Follow This Author @GamingBoltTweet

Check out these new screenshots from Birds of Steel. This game is published by Konami and is expected to be released by next year on PS3 and X360.

Birds of Steel offers 20 historical and a wealth of fictitious missions, spanning eight world-famous campaigns, and users are given access to over 100 famous planes from the entire axis and allied forces rosters. A number of planes ideal for each campaign can be selected, and have been faithfully recreated in terms of handling, capabilities and weaponry. The classic Spitfire, P-51D Mustangs, and Messerschmidt 109 are all lined up for combat, as players opt to player opt to fight for the Allies, Japanese or Axis forces. Likewise, the war zones are brilliantly brought to life, while the handling and battle-scarred planes are susceptible to damage and will suffer in terms of control accordingly. 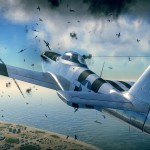 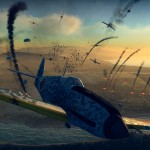 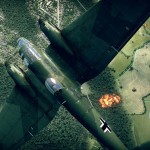 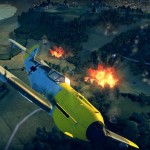 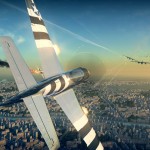 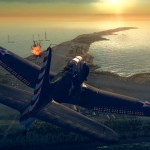