Set in a medieval 17th century city that’s been overrun by fanatical cultists, and offering what looks like deep and expansive role playing tactical gameplay, Black Legend is a game that has immediately caught our eye. Developer Warcave is promising with some interesting this with the game, and the early details they’ve revealed so far have certainly been encouraging. Hoping to learn more about it, we recently sent some of our questions about Black Legend to its developers, and learnt quite a bit in the process. You can read our interview with Warcave’s Menno van der Heijden below. 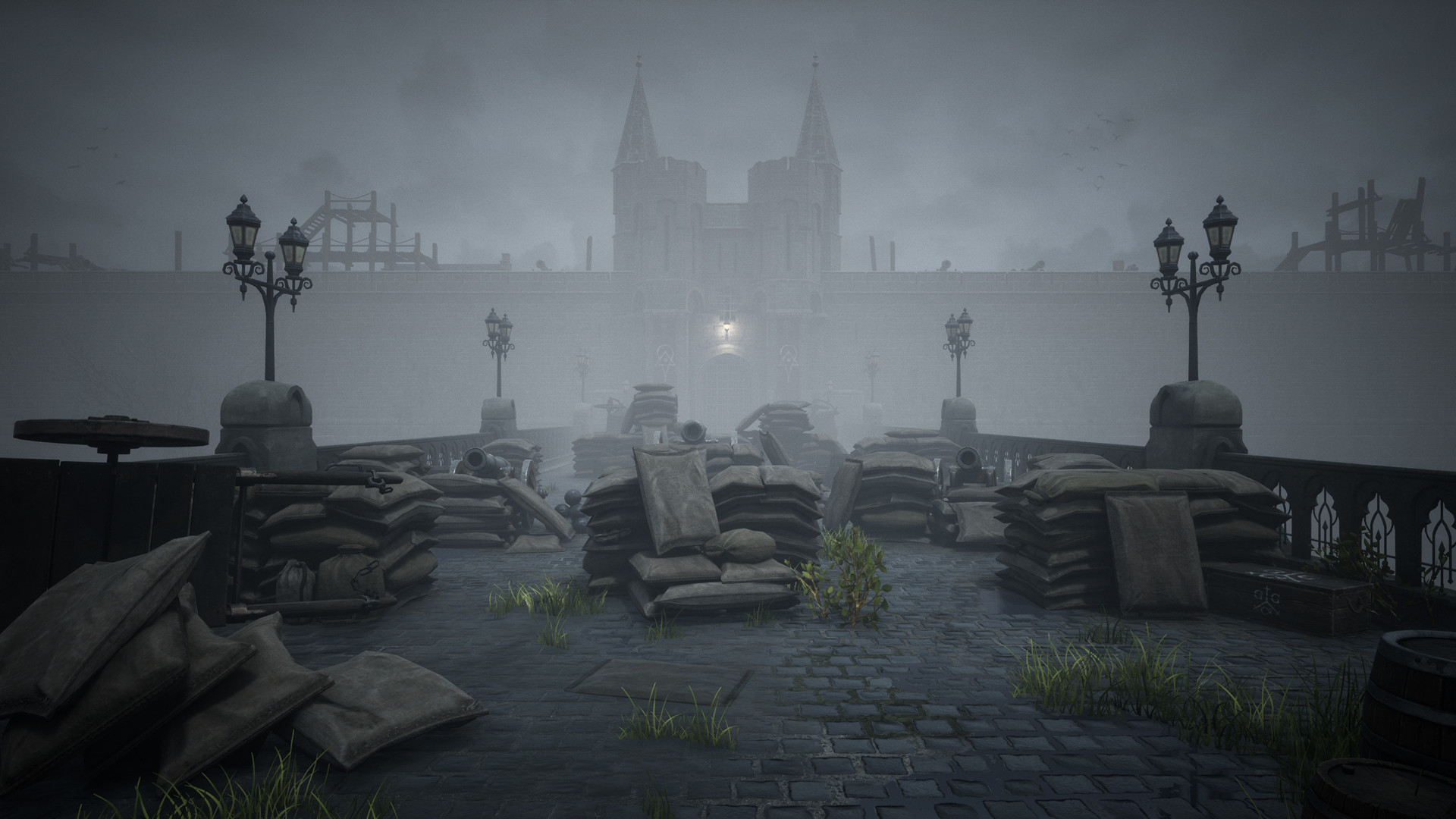 "We’ve created a variety of districts to explore, each with their own stories and secrets. We wanted to capture some old school exploration, meaning we won’t always go out of our way to hold the player’s hand and direct them to everything."

What can you tell us about the city of Grant, where Black Legend is set?

The name Grant was inspired by the combination of three major Belgian cities: Ghent, Bruges and Antwerp. As such, the architecture was directly referenced from these cities. For culture we primarily looked at the Dutch Golden Age and tried to mirror Amsterdam in that regard. A heavy focus on trade and science in a naval city.

In our setting, Grant was a very wealthy city state due to their central orientation in the world. Their trade with many neighbouring nations did not just come with affluence, but also protection. No country wanted an important trade partner to be attacked without consequences. Leading up to the events before Black Legend takes place, a lot of these neighbouring countries banded together under single banners, removing this protection.

When war was declared between the two major groups, Grant was caught in the middle. For protection, they were approached by Mephisto, a talented alchemist who covered the city in fog that makes those without an antidote go mad. This plan worked for a time, until Mephisto disappeared along with the recipe for the antidote. These events have led to the current situation, where cultists pray for Mephisto’s return and make an antidote of their own.

What can players expect from it in terms of size and exploration opportunities?

We’ve created a variety of districts to explore, each with their own stories and secrets. We wanted to capture some old school exploration, meaning we won’t always go out of our way to hold the player’s hand and direct them to everything. Although a single player experience, we intend players to communicate about finding quests, interesting NPCs and treasure in the world through a variety of channels.

Black Legend’s setting is giving the impression that the game places quite a bit of emphasis on atmosphere and world-building. Is that something players can expect to see throughout the game?

Yes, and this goes hand in hand with our emphasis on exploration. Rather than rely on cutscenes, we’ve decided to put the story in a variety of details, like item descriptions or NPC dialogue. Those who want to find every bit of story may also discover that a lot is left open to interpretation, and people may have to speculate on some events that occurred.

Can you talk us through how free exploration works, and how it can be leveraged to gain an upper hand before jumping into battles?

Overall every battle can be analyzed from a distance to see the types of enemies you will go up against. Based on that the player can decide to try and avoid the battle through use of obstacles and staying out of detection range, or finding a different route to their destination.

Players who want a tactical advantage can look out for priority targets like enemies armed with ranged weapon, and approach these units so the battle starts close to them, allowing you to shut them down early before they can run away and be a menace.

Another factor is how the encounters operate. When the game begins the entire city is overrun with cultists, as you clear these battles, the amount of cultists you encounter will start to decrease depending on your difficulty settings. People who play on the easier difficulties will encounter less cultists while those on higher difficulties will have to force their way through more often. 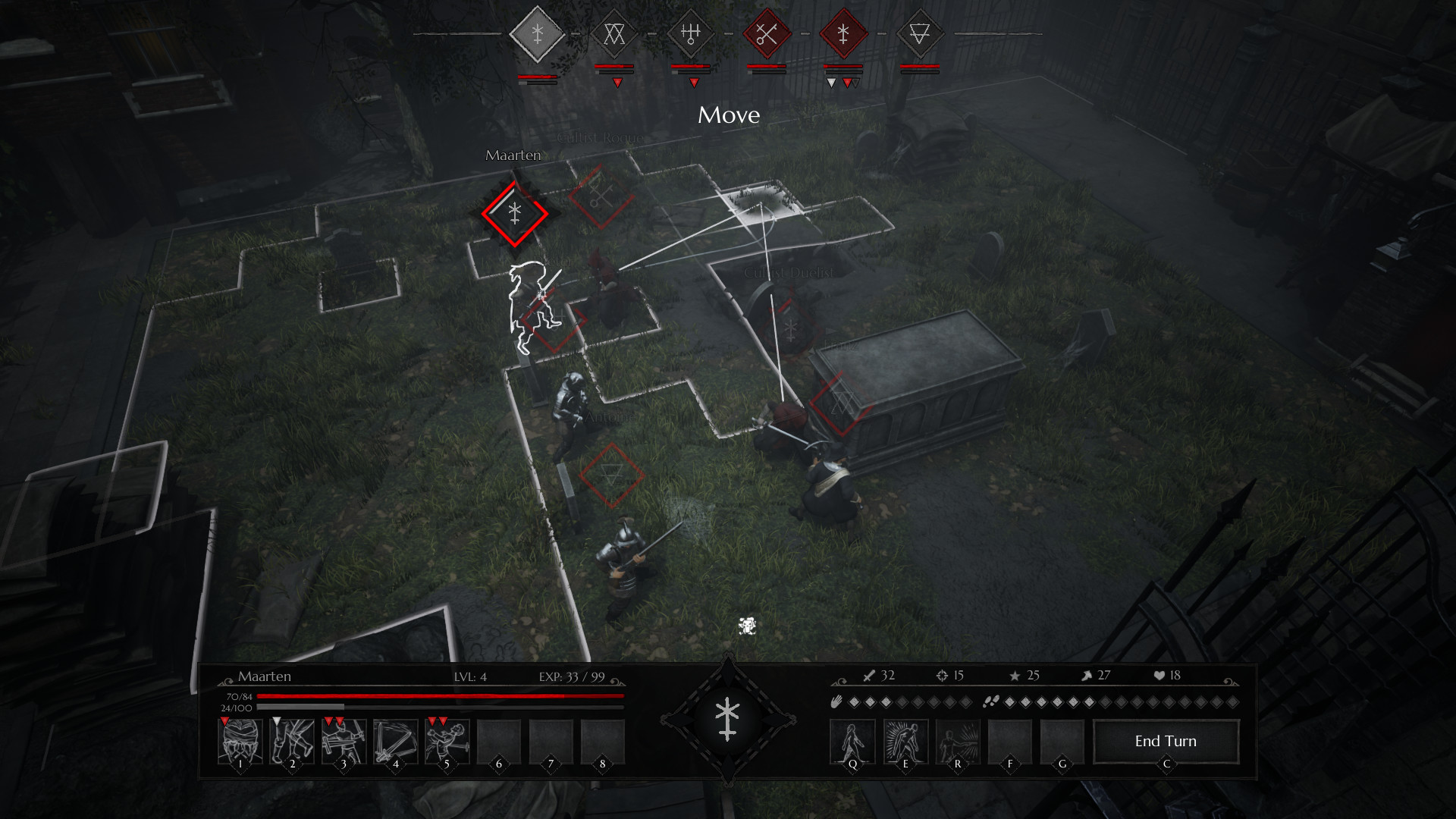 "Those who want to find every bit of story may also discover that a lot is left open to interpretation, and people may have to speculate on some events that occurred."

How the does the alchemy system that Black Legend’s combat centers around function in the game? How does it tie into progression and classes?

The Alchemy System was inspired by medieval medicine theory. This theory of “humorism” believed that people got sick due to a chemical imbalance of four “bodily humours”, each represented by a colour: black, yellow, red and white.

In Black Legend, a lot of abilities cause these imbalances to occur on enemies, represented by up to 3 stacks. On their own, these stacks do very little, but they can be “Catalyzed” together into a “Catalyst”.
The entire flow of combat revolves around applying these stacks that can then be combined into “Catalysts”. Upon creating these successful combinations, the affected unit takes a lot of damage.

All these combinations start out with the same effect: damage. But as you explore you will find a type of equipment called “Trinkets”, nearly all of which have different effects that play around the alchemy system. For example, there’s a trinket that inflicts a Bleeding status effect on the target if the unit that is wearing it manages to combine the Black and Red colours into a “Crimson Catalyst”.

Each class has a set amount of abilities but it’s rare for a single class to cover all 4 colours. As such, the player must plan their party accordingly to make sure they cover as many bases as possible. The synergy between units is very important. Some classes are very good at applying the colours, but are lacking in the “Skill” stat which determines the damage scaling when forming a successful catalyst.

Finally, proper use of the Alchemy System will yield an Experience Point bonus, so you can level up more quickly by learning and using it early.

With 15 playable classes, Black Legend seems to be focusing on giving players many options. How does having so many classes affect things such as team composition?

It’s something we wanted to leave up to the player. If someone wants to challenge themselves and try to play through the game by only using a certain class or even the base class, we intended for that to be possible. If people want to focus on a ranged composition, we will let them.

Overall we want players to find something they enjoy playing with and be able to complete the game.

Roughly how long will an average playthrough of Black Legend be?

That is a very difficult question to answer as someone who knows the entire game by heart. Just running through the main story, knowing where everything is and having a lot of experience with the combat system will still take me a good 10 hours. Adding all the extra side content I can confidently add another 3 hours to that. Overall, depending on the experience of the player and their desire for exploration, I would say between 15 to 20 hours.

Will the game have any sort of multiplayer component?

At the moment we’ve put all our efforts into creating a solid single player experience with no current plans for multiplayer. 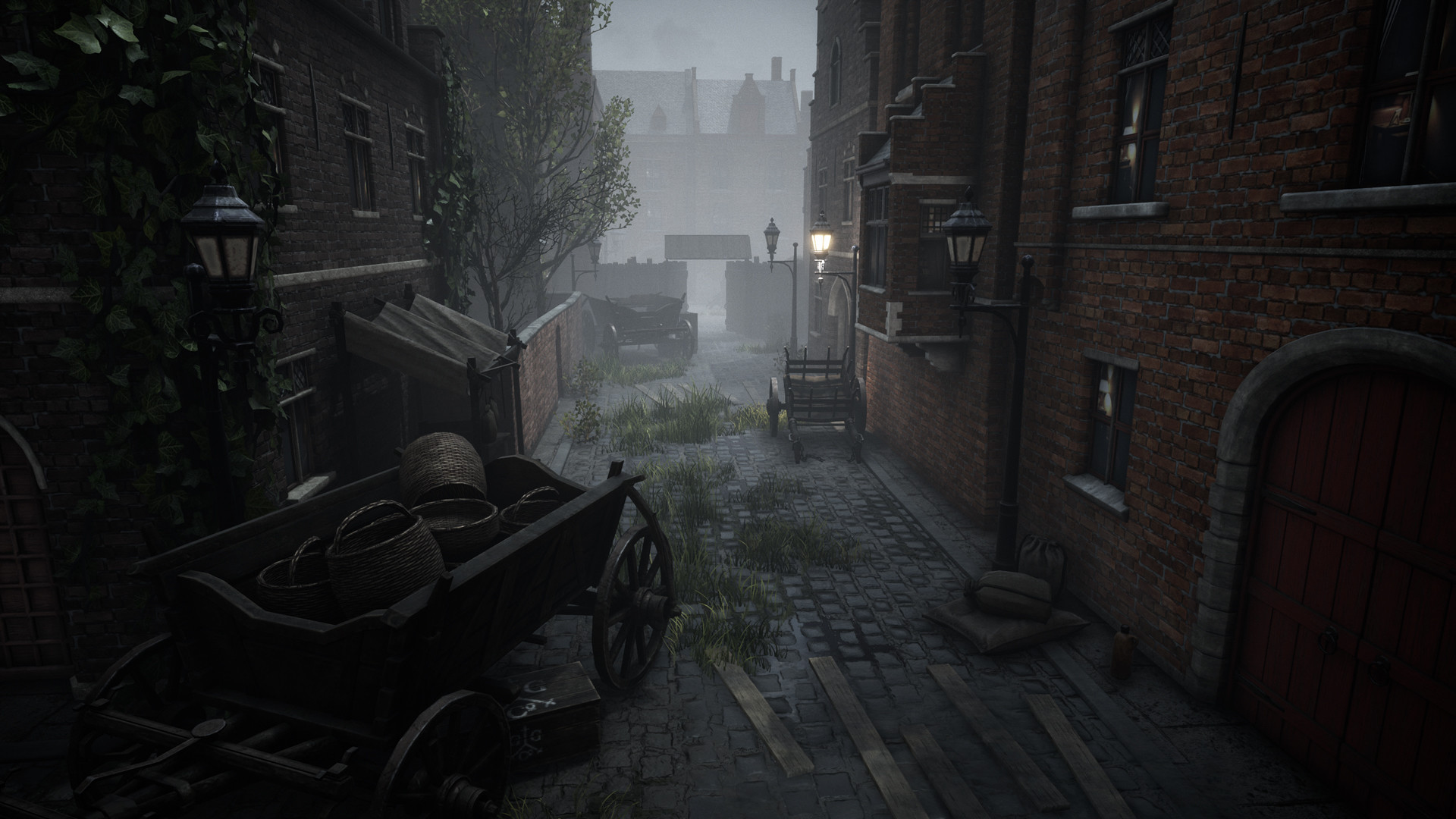 "At the moment we’ve put all our efforts into creating a solid single player experience with no current plans for multiplayer."

Can you tell us about what other modes will the game have besides the critical path?

The difficulty settings are rather customizable. Players who want more of a challenge can play on the “Hard” setting where factors come into play like the permanent death of their units. We also enable a “custom” setting where the player can create an experience completely tailored to their own liking.

Finally, we have a New Game+ option that lets players carry over their progress from a previous playthrough.

Very little impact for an indie team of 10 people. Most important for us is to release the game on these platforms so they’re available for both current generation (PS4, Xbox One, Nintendo Switch) and the new consoles. We intend to make sure it runs well on both platforms.

What resolution sand frame rates is the game targeting to run on PS5, Xbox Series X and Xbox Series S? Will the game have multiple visual modes?

We’ve decided to keep most customization regarding graphics to just PC due to the large variety in hardware there. For consoles we’ve set our standards as high as possible to create a uniform, smooth experience, but it’s too early still to give exact numbers. Although given our intent on releasing for the previous generation of consoles, we’re pretty confident it will run fine on the new hardware.