Black Mirror Announced For PS4, Xbox One, and PC

Nothing to do with the BBC/Netflix show, but rather the classic point and click adventure series. 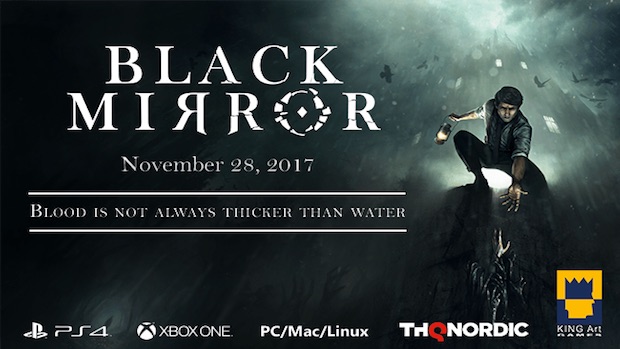 THQ Nordic has announced Black Mirror, a revival of the spine chilling point and click adventure series. The original game released all the way back in 2004, and was followed by two sequels over the next decade. This new game, however, will have nothing to do with any of those titles, and it will tell an entirely new story.

Black Mirror is being developed by KING Art Games, and it will thematically follow from the original games (even as it is narratively separated from them). The gameplay has been re-imagined and will now focus on the investigation of the nightmarish visions that protagonist David Gordon has, slowly examining his psychological distress and disintegration over the course of the story.

“In terms of atmosphere, the outstanding feature of the Black Mirror game series is the unique atmosphere which was essentially created by KING Art in the original trilogy. We have developed a new interpretation that both retains the strengths of the original games and gives us more room to explore fresh possibilities in terms of gameplay so that players can experience the world of Black Mirror in a more direct and free way, and not “just” in classic point-and-click style,” said Martin Kreuch, Producer at THQ Nordic, about the new game.

You can check out the announcement trailer for the game for yourself below. Black Mirror is due out on Xbox One, PS4, and PC on November 28.