In a lot of ways, Blackwind feels like a first draft. It gives the impression that it was created with a single idea in mind, but when it came to pulling together everything that creates a full experience, there are so many things that permeate almost every characteristic that feel underdeveloped, unfinished, or downright broken. It’s not an endearingly bad game either, one where its flaws come down to foundational design principles or a lack of a cohesive vision. No, Blackwind is just a frustrating experience from front to back. It has a hint of a clear vision, but on so many levels it fails to provide balance, a unique selling point, and most importantly, fun.

The opening moments of Blackwind put you in a spaceship with Jimmy Hawkins, an innocent and curious teenager, and his father, an inventor and technology guru who shows Jimmy that he has created a mech-like Battle Frame with an embedded AI. Suddenly, the spaceship is shot down over a planet called Medusa-42, and Jimmy is stuck in the mech and tasked with figuring out why the spaceship got shot down, finding his father, and navigating the hostile terrains of Medusa-42 that is teeming with an alien species known as the Raknos. The basis of the story is simple and engaging enough, and Jimmy is enough of a blank slate that he can be relatable to most people and has a lot of room for growth. For the first half of the 5-6 hour story, the plot progresses in a meaningful and understandable way that, though entirely predictable and thoroughly unoriginal, provides a logical background for the gameplay and a loose enough semi-linear structure as we watch Jimmy fight through hordes of Raknos and uncover more secrets about their origins and their past interactions with the humans already on the planet.

"Blackwind is just a frustrating experience from front to back. It has a hint of a clear vision, but on so many levels it fails to provide balance, a unique selling point, and most importantly, fun."

The story takes a turn for the worse in the later stages in both pacing and content. Without wishing to spoil, there are themes that Blackwind attempts to explore in the later stages of the game that neither it nor its teenaged protagonist have a solid grasp on tackling. It fails to have any discussion of the moral complexity of some of the things it tells you to do and seems to assume your full agreement. In doing so, it also draws out its runtime with an extra hour or so of what feels like padding at the end that culminates in an undeserved and unsatisfying conclusion. It tries to do far too much with far too little in its story and ends up dropping the ball entirely. It doesn’t help that the writing implies the game doesn’t take itself seriously in the slightest, with Jimmy and his mech speaking in quips and eye-rolling one-liners like “I feel like I’m playing a video game right now.” There are certainly some laugh-inducing lines, especially ones coming from the AI, but it isn’t enjoyable enough, nor does it have enough unique in-game one-liners, to keep it from getting old fast.

On the gameplay front, Blackwind has a few notable ideas. Taking from top-down shooters of the past, Blackwind is a fixed-camera action game. You control Jimmy in the Battle Frame as he fights primarily through hordes of Raknos, from the grunts to the most powerful elites. The Battle Frame has a typical suite of melee attacks, longer-range shooting, and special abilities, and there is a surprisingly diverse list of skills and abilities to unlock in the Battle Frame’s skill tree. At a point, you also unlock a “Dark Mode” of the Battle Frame that gives you a limited-time damage and speed upgrade. At a baseline level, the combat is functional enough. I have some issues with the precision of the gun’s aiming, which feels often like it offers less help than needed in auto-aim, but the progression of your powers with the strength of the enemies feels somewhat natural, and often I felt like the upgrades I was getting were making me noticeably and satisfyingly stronger.

But the combat itself suffers from a long list of smaller balancing and pacing issues that make Blackwind increasingly frustrating. Some enemy attacks, for example, have a pushback effect that occurs every time you’re shot. Frequently these shots come in dozens at a time, so unless you can time an almost frame-perfect dash out of the line of fire, you’re stuck being juggled for a few seconds. When you get enemies down to a certain health, too, you can perform a kill on them, which are enjoyable to watch to a point, but they take far too long to complete and grind the pace of combat to a halt. There are also a handful of separate opportunities to be hit by explosives, like exploding enemies or targeted missiles, and more often than not, the amount of time taken when you’re knocked down by one explosive is enough to allow you to be hit by most or all of the explosives coming your way, meaning that getting hit by even one explosive can snowball into a quick death or critical health loss. 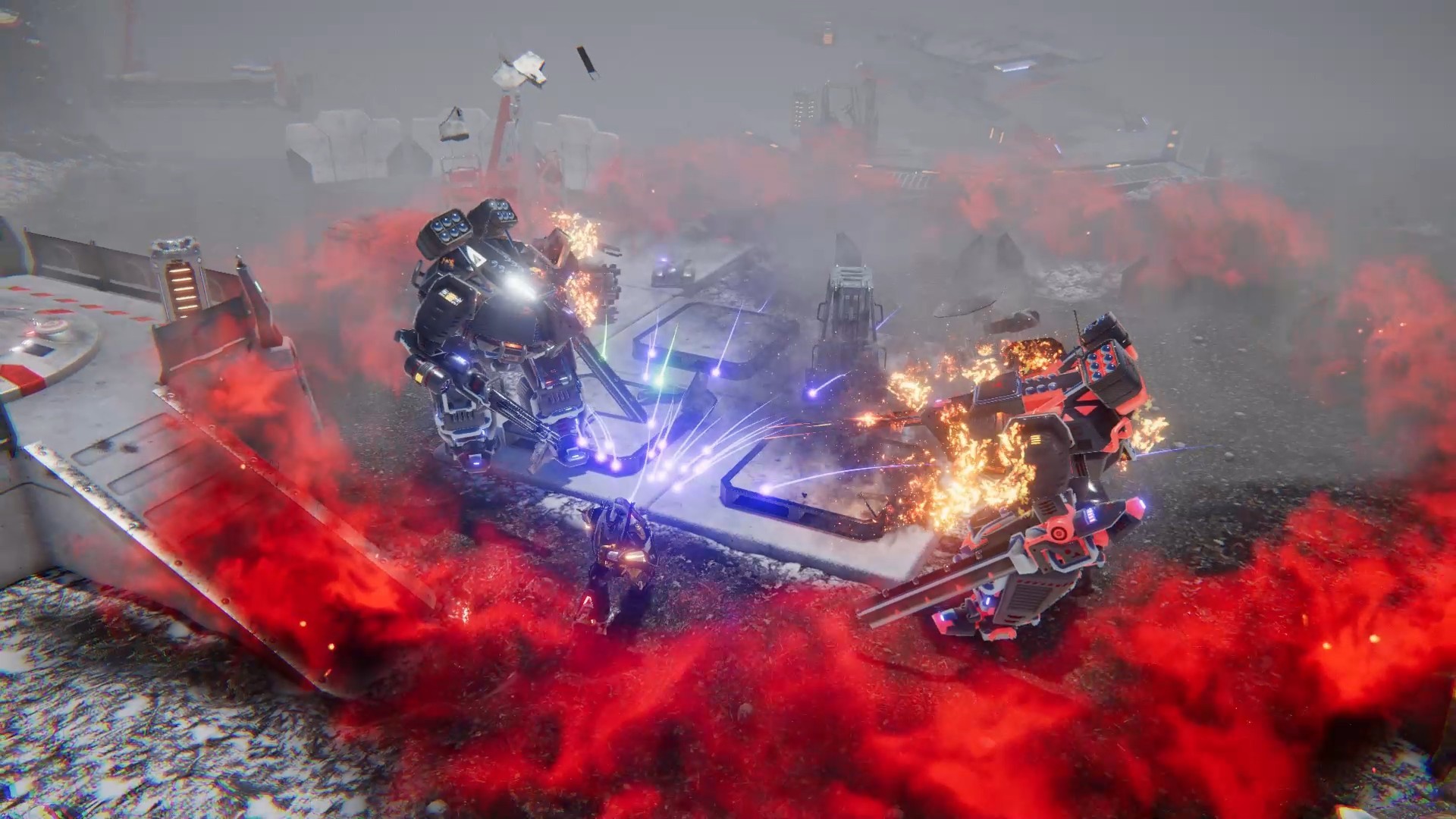 "The combat itself suffers from a long list of smaller balancing and pacing issues that make Blackwind increasingly frustrating."

There are a lot of these types of little things that contribute to making Blackwind a somewhat difficult game at times. In a vacuum, that’s not an inherently negative characteristic, but in this case, much of the difficulty comes at the expense of the game rather than as part of a learning process. Most instances where I had to retry a battle multiple times over ended not because I learned the enemy patterns or how to best tackle a fight, but rather because I found a way to break the encounter. Especially in the late game, I often found myself looking for ways to work against Blackwind rather than with it. It’s also hurt by some severely inadequate checkpoints, which often send you back to a spot far earlier than necessary and make you replay sections you’ve already beaten or solved for no particular purpose.

Outside of combat, Blackwind also contains a handful of puzzles that either involve you trying to unlock a specific series of doors or open a path to a new area. Like the combat, these puzzles are passable on a foundational level, especially the ones that see you running through corridors looking for a key or passcode, as they’re usually somewhat interesting to solve. But the issue with many of the puzzles, as well as in the rest of the game, is a severe lack of signposting. I found myself more than once running around multiple of the somewhat colorfully diverse, if not incredibly pleasing to the eye, large areas looking for a path forward for close to half an hour because the game has no objective markers, nor can you look at any minimaps in more detail than in the corner of the screen. It also suffers that the environments, especially indoors, are highly uniform, so aside from a few landmarks, it’s very hard to tell where you are in relation to anything else.

It’s also worth a mention that while the fixed camera is an interesting idea, it frequently works against the game’s best interests. While this should allow a clear visual opportunity to showcase the next steps or points of interest, more frequently it just makes it more difficult to see off-screen enemies or other paths forward. Plus, more than a few times I had camera malfunctions, showing me areas I was likely not meant to see, not to mention a handful of times I fell through the world. I like the idea of the fixed camera in concept, but on the tenth time of running into a mine that Jimmy could’ve likely seen but I couldn’t given the camera’s positioning, it began to test my patience. 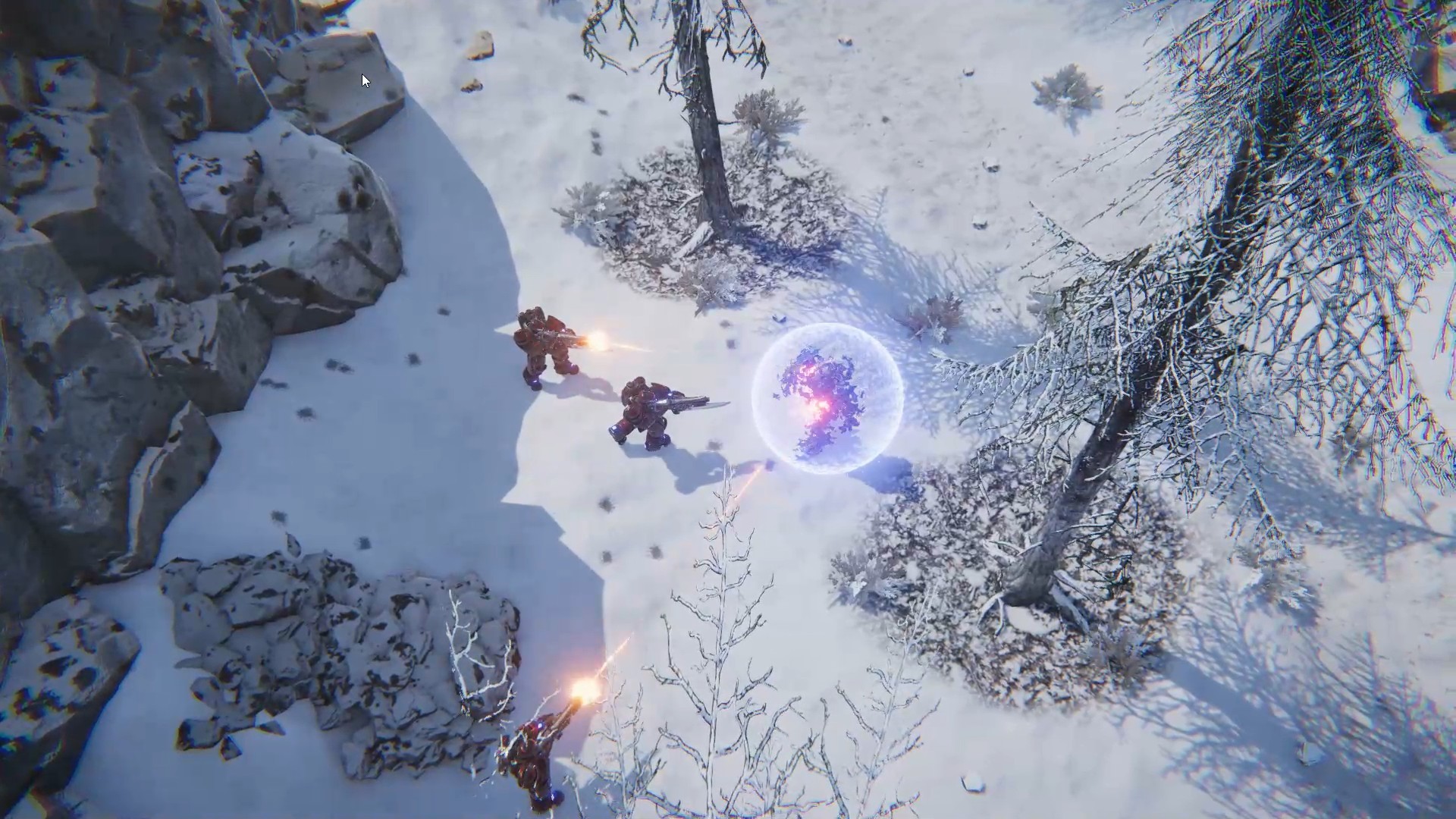 "Blackwind doesn’t feel like it’s as fleshed out as it should be. Some of its ideas could be interesting in better, more focused and balanced games, but in the way they come together here, my main feeling was frustration, and for a game as lighthearted and colorful as this, that’s a dizzying disappointment."

Blackwind doesn’t feel like it’s as fleshed out as it should be. Some of its ideas could be interesting in better, more focused and balanced games, but in the way they come together here, my main feeling was frustration, and for a game as lighthearted and colorful as this, that’s a dizzying disappointment. What it does right is vastly outweighed by the laundry list of issues small and large that contribute to its overarching feeling of a lack of balance and a dearth of silver linings. There may have been a strong vision for what Blackwind could have been at one point, but it didn’t show up in the final product.

Some good puzzles; Some interesting combat; Some funny lines.

Final Verdict:
BAD
With every aspect of Blackwind comes a new laundry list of issues big and small that make it feel like it should have been incubated a while longer.
A copy of this game was provided by Developer/Publisher/Distributor/PR Agency for review purposes. Click here to know more about our Reviews Policy.