Bladestorm Nightmare Interview: Joan of Arc Goes Heel on Xbox One and PS4

Just when you thought Koei Tecmo couldn’t find any more twists on the classic Dynasty Warriors formula, Omega Force goes back to revamp Bladestorm: The Hundred Years’ War for PS3, PS4, Xbox One and PC. Now called Bladestorm: Nightmare, players will have a brand new storyline to explore on top of the original which sees them combating an evil Joan of Arc.

Bladestorm: Nightmare will feature upgraded visuals, of course, and expand character creation for players. Online co-op will also be involved but just how does it differ from Omega Force’s other titles? For that matter, what differences can we look forward to from the original? GamingBolt spoke to producer Akihiro Suzuki, who is one of the main driving members of Omega Force, on the game and its development across current generation consoles. 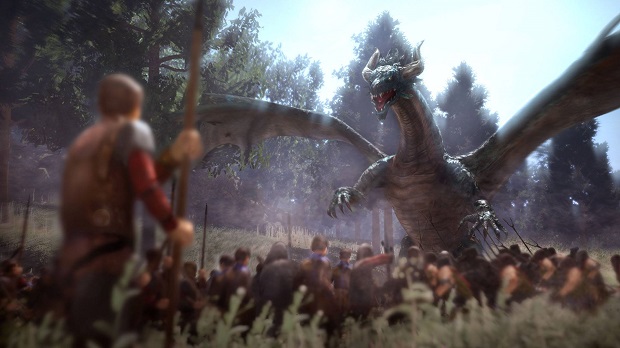 "So the gameplay itself has been enhanced, re-looked in to, and rebalanced as well. So hopefully that will be one area that the players will be able to notice."

Kurtis Simpson: Let us get the big question out of the way. What kind of graphical upgrades will the game receive?

Akihiro Suzuki: It will be receiving a graphical upgrade thanks to the current generation consoles’ hardware capabilities. All the key technologies such as the HDR and rendering to name a few have been taken into account which has diminished the “pop up” issues seen in the previous instalments. Players are now able to see the enemy units on the other side of the battle field as a result of adding more realism to the field.

Kurtis SimpsonNightmare is an original mode added to Bladestorm. What can you tell us about the same?

Akihiro Suzuki: The storyline now comes in 2 parts with the new Nightmare story coming on top of the previous 100 Years’ War part. Game play wise, players are now able to control 4 units compared to the 1 in the previous installment adding to the strategic side of the battles which now takes place in a more realistic.

So the gameplay itself has been enhanced, re-looked in to, and rebalanced as well. So hopefully that will be one area that the players will be able to notice. At the same time we made sure we’ve got something new to start with, such as big dragons, big giants, and goblins appearing. So that actually adds some new flavor to the battle system as well.

Kurtis Simpson: Is the PlayStation 4 and Xbox One version of Bladestorm: Nightmare running at 1080p and 60fps? 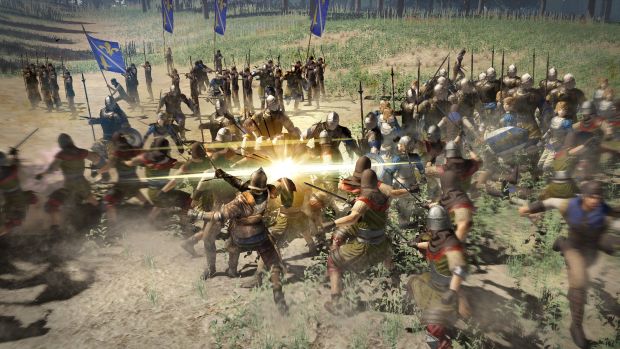 "The save data from the original X360 to XOne is not possible on this occasion since the hardware does not support such a feature for now.

Kurtis Simpson: How are you using the PS4 touch pad to further enhance the gameplay?

Akihiro Suzuki: That would be a no, there’s no specific action or feature that’s associated with the pad.

Kurtis Simpson: How about for the Xbox One, will there be any key features the Kinect?

Akihiro Suzuki: (Laughs) Sorry not for this occasion unfortunately.

Kurtis Simpson: We know that save date can be transferred from Bladestorm to PlayStation ports and commendations might be a possibility for Xbox One users. Do we have a confirmation for the same?

Akihiro Suzuki: The save data from the original X360 to XOne is not possible on this occasion since the hardware does not support such a feature for now. However, player will be able to transfer their XOne demo save data to the full product. The demo will be available early March.

Kurtis Simpson: What can you tell us about the online multiplayer component?

Akihiro Suzuki: So talking on the online side of the game we have online Co-op and we have the online versus mode as well. Those are the two main features for playing with your friends. In co-op, there are four units. So you could individually control player units and try to work towards a common goal.

As for the versus mode it’s pretty much head-on with your friends when you play online. So if it was just about base-capturing then it would be quite easy, well not easy but quite repetitive at the end of the day. So the team had to make sure there would be different missions and different rule sets. 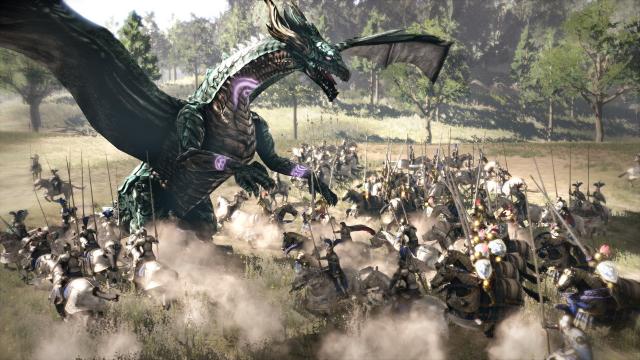 "Looking back on developing for Bladestorm: Nightmare, there weren't any major issues that the team faced for the PS4 or for the Xbox One."

Kurtis Simpson: From a top level, are you making changes to the gameplay mechanics?

Kurtis Simpson: Due to the push in processing power, how many NPCs are currently on the screen at any given moment?

Akihiro Suzuki: Yeah, so we don’t actually know to be honest, just to be sure with you. But looking at the enemy units that are in battle it’s about four to five hundred, maybe, that can be placed on-screen at once.

Akihiro Suzuki: Looking back on developing for Bladestorm: Nightmare, there weren’t any major issues that the team faced for the PS4 or for the Xbox One. But having said that, if you look back at the history of the hardware, Sony has always been saying the PlayStation 4 is going to be much more developer friendly in a sense.

So maybe that’s why a lot of developers are saying that or indicating that the Xbox one is a bit harder [to develop for]. But again, for Bladestorm: Nightmare’s team there weren’t any major issues. But having said that, maybe the PlayStation 4 is slightly easier. 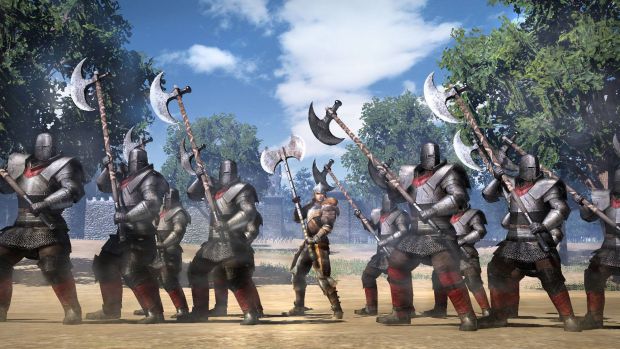 Kurtis Simpson: Being a Japanese developer, I wanted to know your thoughts on the resolution debate between the PS4 and Xbox One, that is mostly happening in the West. According to you, which is more important, higher frame rate or higher resolution?

Akihiro Suzuki: At Koei Tecmo it may depend on the project we undertake, but starting from the PlayStation era, say the PlayStation 2 and PlayStation 3 era, obviously frame rate was important to us. So we had to make sure sixty frames was always expected as a standard to start with. But having said that we couldn’t jeopardize the visual expression of the game, as that’s also important to our franchise and all the games we make. So in terms of balancing, we don’t seem frame rate being that important as it used to be.

Obviously looking at our Dynasty Warriors games, most of them actually have varying frame rates. So depending on the circumstance of the battle some scenes actually move at sixty frames, but with these areas we wanted to make sure that we at least reach the minimum visual quality.

So in such instance that the frame rate drops to let’s say thirty frames and in this way we make sure we get the right visuals to appear on the screen. So you know, for us, if we had to pick one or the other we would slightly prefer resolution as we would like to make sure that we have the right visuals to appear on screen in any given area of the game.

Kurtis Simpson: What are your thoughts on the Xbox One’s success in Japan?

Akihiro Suzuki: So when we talk about Japan as a games market, obviously looking back at the Xbox 360 era, Japan has always been struggling with Microsoft consoles and that trend is following with the Xbox One as well. If things continue to move this way and stay as it is then things will continue to be dominated by PlayStation platforms in Japan.

Kurtis Simpson: Is there anything else you want to tell us about Bladestorm: Nightmare?

Akihiro Suzuki: Be ready to be surprised with the new storyline but at the same time, please enjoy the original part of the storyline as well with the new gaming mechanics and graphic enhancements which makes the battlefield much more realistic in terms of its feel and gameplay.