There’s nothing quite like a good metroidvania, and with Blast Brigade vs. the Evil Legion of Dr. Creade, My.Games and developer Allods Team Arcade are looking to deliver just that. With promises of multiple playable characters, a vibrant art style, a diverse world, different kinds of enemies, and a mix of platforming, combat, and exploration, the game is certainly looking like an exciting prospect on paper. As such, we recently reached out to its developers with questions about all of these things and more. You can read our review with game director Leonid Rastorguev below. 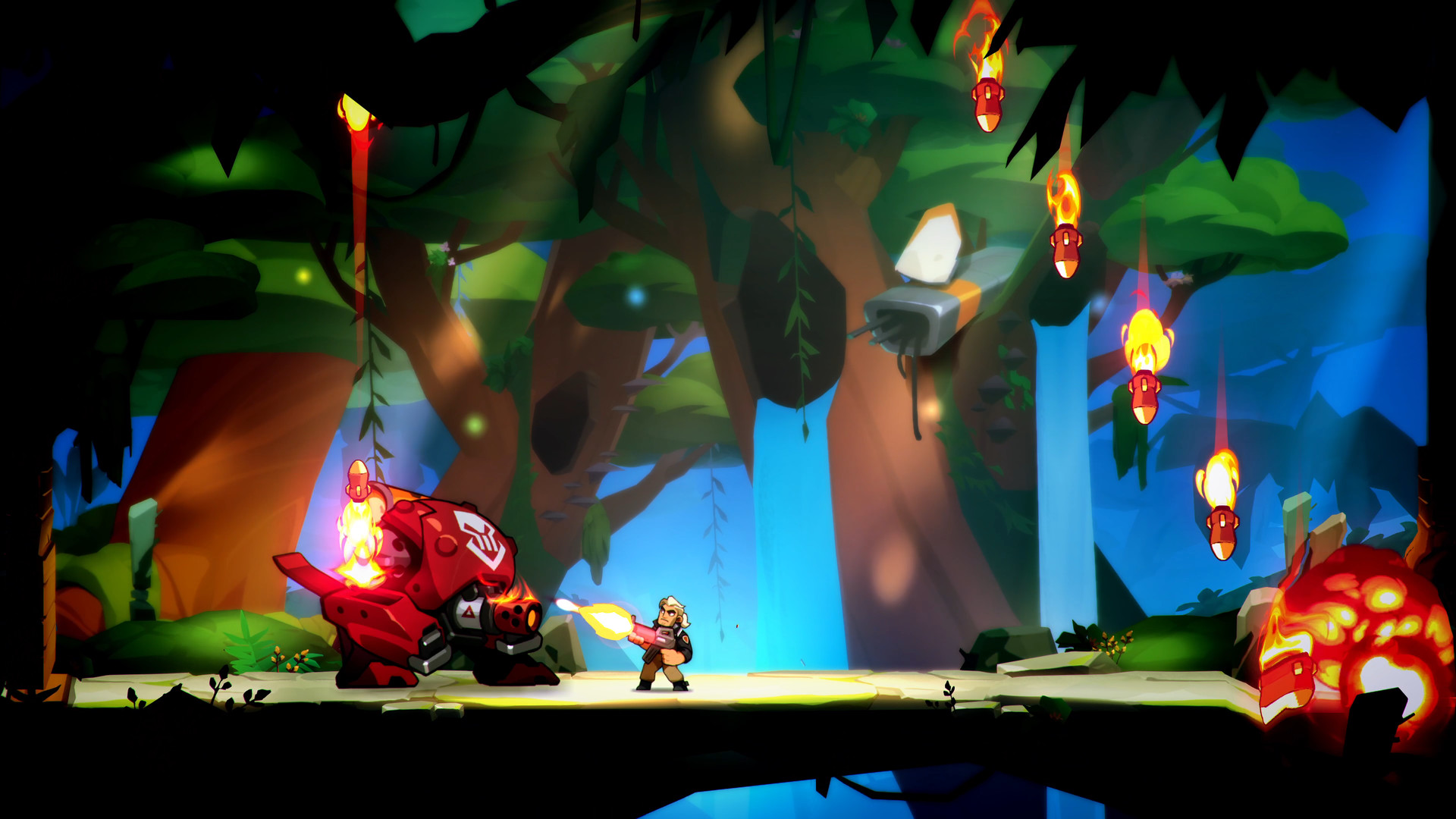 World and level design is a crucial aspect of any game adopting to metroidvania approach. What can players expect from Blast Brigade vs. the Evil Legion of Dr. Cread here in terms of the world’s size and how varied it will be?

In total, there will be 10 biomes with differences in visual style and mechanics. We prioritized to make each biome interesting and memorable whilst still preserving the integrity of the world, both in feeling and in a complex system of connections between biomes – plot, mechanical, and directly topological.

Metroidvania design generally encourages slower and deliberate progression, given that it emphasizes exploration so much. How does Blast Brigade reconcile that with the more fast-paced nature of its combat?

Blast Brigade combines both dynamic combat and classic platforming. There are sections where the player needs to shoot and fight a lot, but there are also sections where combat dynamics give way to more thoughtful exploration. By combining these things, we build the game’s difficulty curve and the overall flow of the game.

What can you tell us about the variety and design of enemies and bosses in the game?

About 13 unique bosses and about 70 monsters are planned for release. All of them have attack patterns that the player will have to study which will test the knowledge of the mechanics and the abilities of the game’s heroes. 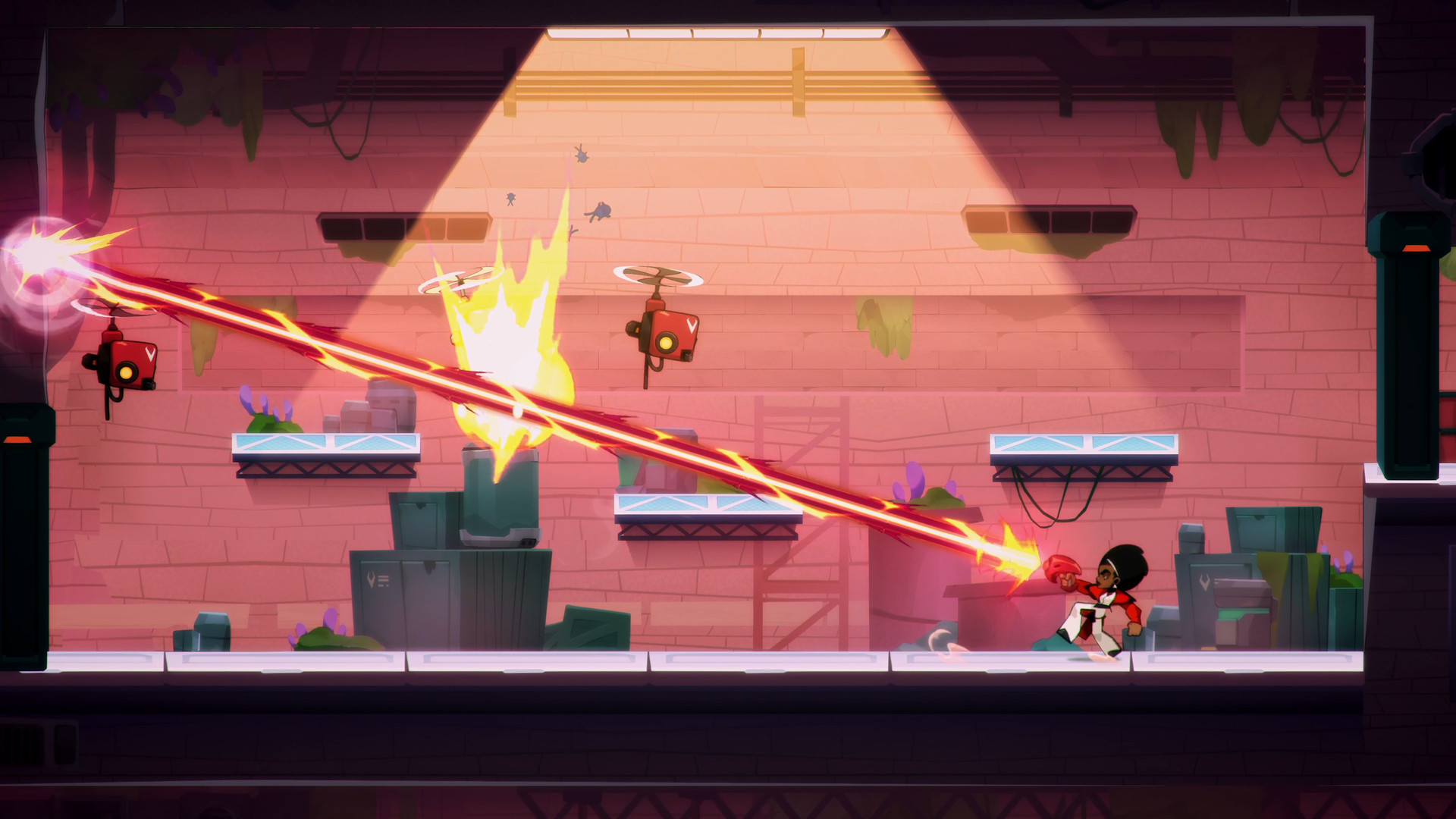 "The game has several layers of progress, and heroes are the topmost and most obvious. There are also generally accepted mechanics such as increasing the total number of health points and charges of abilities. Weapons can also be collected and changed in the process, choosing combinations of weapons to suit your style of play."

How much will the multiple playable characters differ from each other from a mechanical point of view?

The main difference between the heroes is their platform and combat abilities. Also, each of them is important for the story and has a role in the plot of the game. They are not just re-skins of one hero, but full-fledged characters with their own motivations and background.

Can you talk to us about the progression mechanics in the game with things such as weapons, abilities, and power-ups, and how extensive players can expect these systems to be?

The game has several layers of progress, and heroes are the topmost and most obvious. There are also generally accepted mechanics such as increasing the total number of health points and charges of abilities. Weapons can also be collected and changed in the process, choosing combinations of weapons to suit your style of play. In addition, there are two more intricate progression systems, which we will be ready to talk about in more detail later. One concerns the ability to receive passive perks for characters when the other is more story-driven and concerns the general progress of the player in terms of exploring the world.

Blast Brigade’s story is definitely one of its more interesting elements, especially with its light-hearted tone and its focus on a diverse cast of characters. How much of an emphasis does the game put on narrative and storytelling?

We want to make a fascinating world and tell an exciting story. Each character has a unique place in the plot, has its own motivations, and its own background. The plot itself is also presented in different ways. Things like cut scenes, character comments about the world around them, various notes and diaries, and even some special milestones that in themselves help to understand what is happening on the island.

About 20 hours, depending on playstyle, the player’s skill and how many of the optional content the player completes. 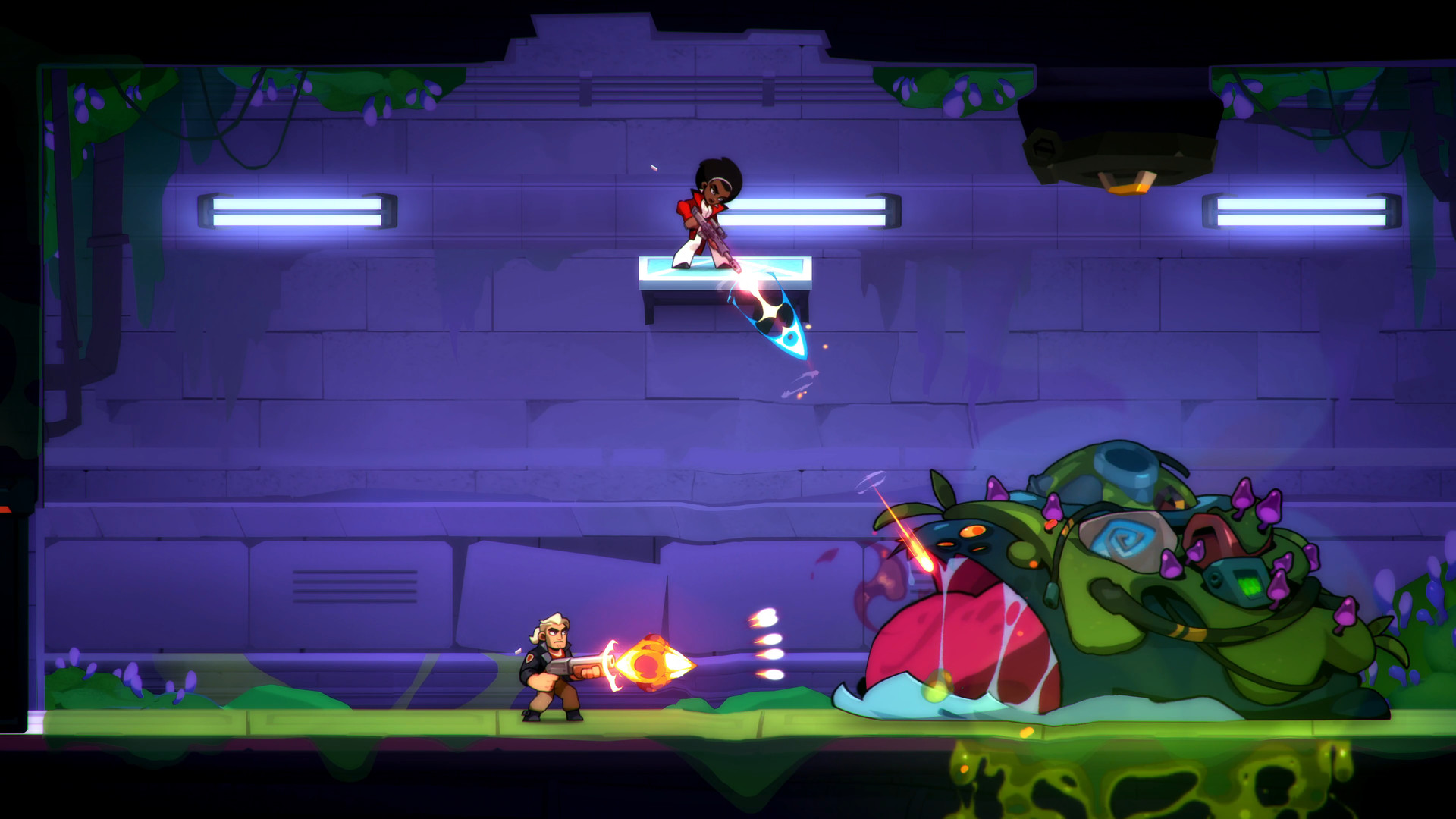 "We want to make a fascinating world and tell an exciting story."

Xbox Series X can produce a slightly sharper picture in terms of dynamic resolution. However, if you look at the latest multi-platform releases for the current generation of Sony and Microsoft consoles, the differences are minimal. In the case of our game, due to the peculiarities of our visual style and rendering, noticeable differences in the picture and performance between the platforms are not expected.

This can affect the gaming experience in some categories of games where there are frequent interactions with storage. Since we try to be careful with the file system and the lower limit for us is Nintendo Switch, these differences should not cause us any problems.

In general, you can expect a higher frame rate on Xbox Series X and PlayStation 5 due to the greater processing power of both the CPU and the GPU.

Recent console trends are forcing next-gen games on consoles to actively adapt to hardware. Of course, not to the same extent as on PCs, but there is a growing variety of devices that neither platforms nor publishers are willing to refuse. For developers, this only means that more effort will have to be invested in optimization. "If you look at the latest multi-platform releases for the current generation of Sony and Microsoft consoles, the differences are minimal."

The emergence and spread of cross-platform technologies contribute to their wider use. In theory, if used correctly, it will allow developers to improve the quality of games in terms of graphics and performance.

What resolution and frame rate is the game targeting on PS5, Xbox Series X and Xbox Series S?