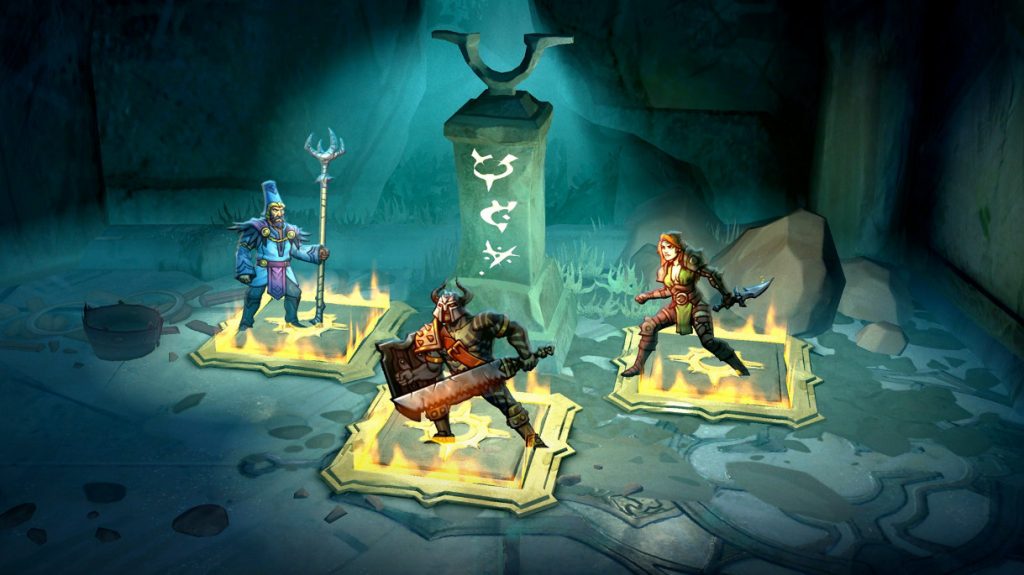 Developer Ronimo Games and publisher Devolver Digital announced that Blightbound, described as a “dark multiplayer dungeon crawler” will leave Early Access and officially launch for PlayStation 4, Xbox One, and PC via Steam on July 27th.

In Blightbound, players will take control of up to three heroes who depart their safe haven in the mountains to take on the Blight – “a mysterious and corrupting fog that enshrouds the land.” Players will be able to explore several handcrafted dungeons and acquire up to 20 unique heroes, each with their own skills, abilities, and unique stories, all of which are fully narrated.

In addition, players will also craft and collect loot and improve their mountain stronghold to better train and upgrade their characters. The game will also have three distinct areas to explore, several character classes to master, and if the game’s trailer is anything to go by, some truly gorgeous art. Blightbound will also support cross-play and local multiplayer.

You can watch the latest trailer for the game below: