Blizzard Talks Striking 1080p on Xbox One Version of Diablo 3

'Microsoft told us 900p is unacceptable.' 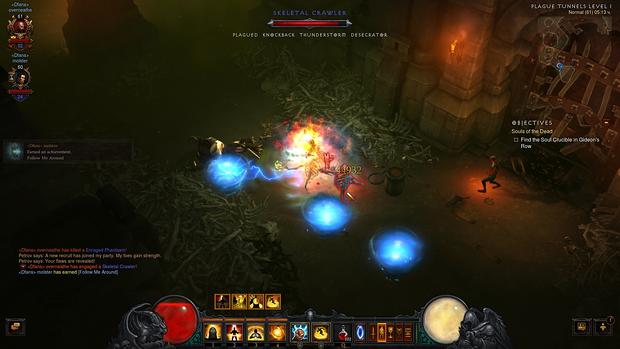 The console wars continue on, and, perhaps more egregiously, so do the attached resolution wars. Seriously, gamers these days seem more concerned about what resolution the game runs at rather than, you know, how it plays.

One instance of this was Diablo 3- it was confirmed to be 1080p on the PlayStation 4, but only 900p on Xbox One, before the recent SDK updates made it possible for Blizzard to hit 1080p on Xbox One too. As a matter of fact, going by preliminary impressions on Digital Foundry, the Xbox One version may now somehow be better.

Speaking to Gamespot, Blizzard talked about the game’s j0urney to 1080p on the Xbox One.

We did have 1080p, but we were finding it challenging to keep our frame rate. Because Diablo’s so much of an action game, we wanted to have a responsive feel–especially with four players. When you get four witch doctors in a room full of demons, that’s probably the worst case scenario for us because we have effects going off everywhere. We want to make sure that it still feels very glassy, very responsive, and that’s why we dropped resolution down on it,” they explained.

What followed thereon was news that the PS4 version would be graphically superior, coming at a time when more and more multiplats were showing a clear advantage on the PS4 version.

“Microsoft was just like, ‘This is unacceptable. You need to figure out a way to get a better resolution.’ So we worked with them directly, they gave us a code update to let us get to full 1080p,” Blizzard concluded.

Alright. As of this point in time, it appears both versions hit 1080p, so if you really care about that kind of thing, go nuts.