We speak with the people behind the sidescrolling action title's upcoming expanded re-release.

The BloodRayne franchise has been on the ice for quite a while, but with Ziggurat Interactive having acquired it last year, it’s looking like it’s going to be making a comeback soon. While we wait for word on new entries though, there’s still stuff to look forward to for series fans. Soon, for instance, BloodRayne Betrayal is coming back with an expanded re-release, dubbed Fresh Bites. With enhanced visuals, quality-of-life improvements, and support for full voice acting from a star-studded cast, it looks like quite the upgrade. We recently had the chance to reach out to its developers at WayForward and publisher Ziggurat with a few of our questions about the game. You can read our conversation with them below.

The BloodRayne franchise has been dormant for some time now. What prompted the decision to bring it back?

Ziggurat Interactive: The short answer is the legion of fans simply never went away — they are as passionate today about Rayne as they were back in 2002, actually even more so! They were begging to have the series return with tweaks, updates and improvements to maximize their experience. Also the opportunity to work with Terminal Reality and WayForward on making those changes was impossible to pass up. Their passion for BloodRayne showed in every step of the process, they poured their heart and soul into creating definitive versions of the games. We loved working with them both! 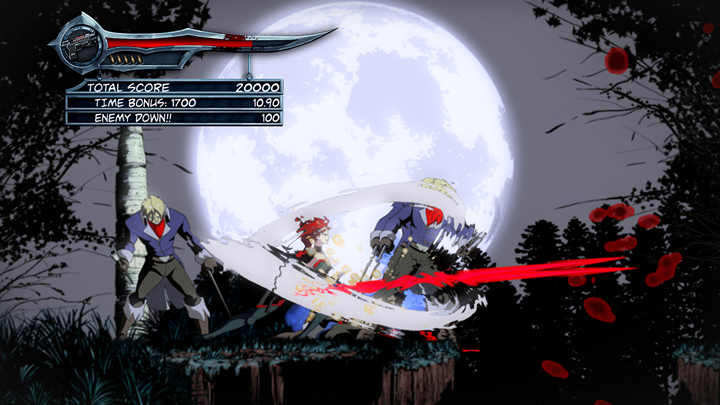 Fresh Bites is also releasing with retuned difficulty. Can you tell us what exactly that entails, and how the experience is going to differ from the original release?

Adam Tierney (Head of Business Development and Publishing, WayForward): In addition to the new added content and features in the port, we knew from the game’s original 2011 release that there were a few areas that many users either got stuck at or had difficulty bypassing. Areas like buzzsaws or medusa-head rockets had long been called out as “too hard” by players. So we tweaked areas like those slightly in this release, as well as Rayne’s health and damage values, in order to reduce user frustration. That said, all these changes are just one of two available settings, so players who want the challenge identical to the original release can still play the game that way, and toggle that on the map screen (between stages).

Why did you decide to go with re-recorded voice acting instead of sticking with the original’s voicework?

Tierney: The original release of BloodRayne Betrayal actually DIDN’T have full VO. Lots of written dialog, but it was text-only word bubbles at the time. Although full VO dialog is pretty standard with most WayForward-developed games now, we hadn’t really nailed that process back in 2011. So we brought the original actors who voiced Rayne (Laura Bailey) and Kagan (Troy Baker) in the first two BloodRayne games, along with some of our other favorite voice actors (Patrick Seitz and Todd Haberkorn) to perform additional roles. This was a great opportunity for us to help Betrayal, which was the third game in the series, connect even better to the first two BloodRayne games. Hearing the game’s original dialog brought to life now by these incredibly talented actors really adds new life to the game, and having heard the new VO in-game for a while now, it’s hard to imagine the game without it. 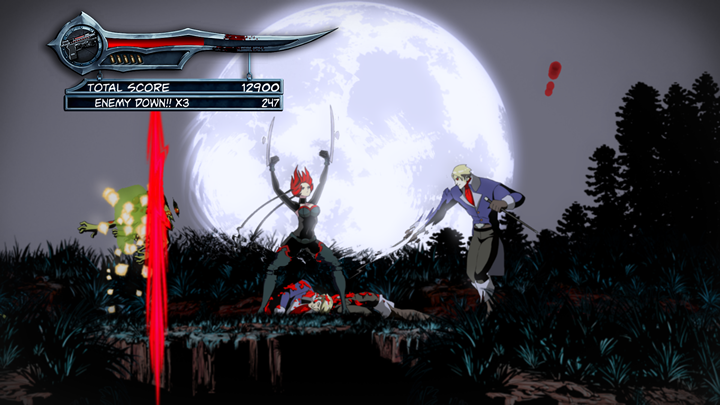 Will BloodRayne Betrayal: Fresh Bites release with any new content that wasn’t included in the original game?

Ziggurat Interactive: The game content itself remains true to the originals but with beautifully higher resolution and visual enhancements, but as Adam said adding the voices of Laura Bailey, Troy Baker and the other actors really creates a different experience. We’ve also added new achievements specific to this edition of the game which will be available on all platforms that support them.

What are the biggest enhancements being made to the game in terms of visuals and performance?

Tierney: The game was given a full graphical overhaul, going back to the source art assets. When the original version was released a decade ago, it was 720p resolution. Now everything is illustrated and animated in beautiful 4K resolution. The fluid character animation and inky horror backdrops have never looked better.

BloodRayne 1 and 2 got enhanced re-releases not too long ago, and now, of course, Fresh Bites is being remastered. Should series fans take this as indication that you have more planned for the series in the future as well?

Ziggurat Interactive: Our BloodRayne plans are just getting started. We anticipate working on the franchise for a very long time. More announcements are coming up very soon.