Blur has something that I can’t quite put my finger on; as I first played I instantly deemed it as a typical car shooter with no real potential. Though I have to give all games an equal opportunity, now I see why. Blur came out of right field and surprised me with crazy addicting game play. I originally said that Mod Nation Racers took the cake for best car/kart shooter of the year, but now I can’t help but disagree. Blur has a special something about it that keeps me coming back for more.

The graphics really are just standard for a racing game, and can be compared to that of Need for Speed. Bare in mind that they are not bad by any standards, they are just keeping up with the standard set by other games. I have absolutely zero complaints with the visual aspect of Blur; in fact I think that it’s quite beautiful at times. The particle system is great and it’s always a treat when a game has collisions with lots of debris flying about. 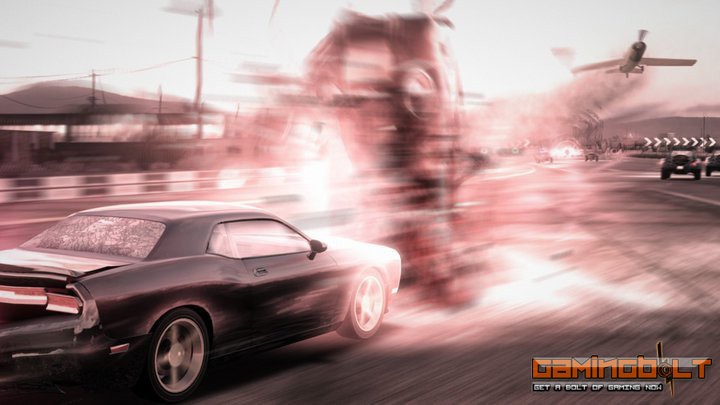 Blur allows you to take your own screen shots whenever you want.

One of the big problems I have with a lot of racing games, especially games that are developed with a half serious input are the physics. For some reasons it seems like developers put a lot of time into how they want the cars to handle and drive instead of how cars actually perform. Blur seems to have captured the physics with a little more than par. They are by no means perfect, which no game really is absolutely perfect, but it does have a realistic sense of weight and momentum. The turning and drifting is somewhat accurate and brakes are absolutely necessary as the courses get harder.

The single player mode is based around “lights” these are basically the points that you need to earn to advance in the story mode. It reminds me a little bit of Need for Speed: Underground with the whole blacklist set up. Players have to earn a drivers respect and then challenged the boss to earn their whip. There are a lot of different ways to acquire these lights and each stage has a different theme. Some of them are based on destroying other cars and others are based on appeasing the fans. 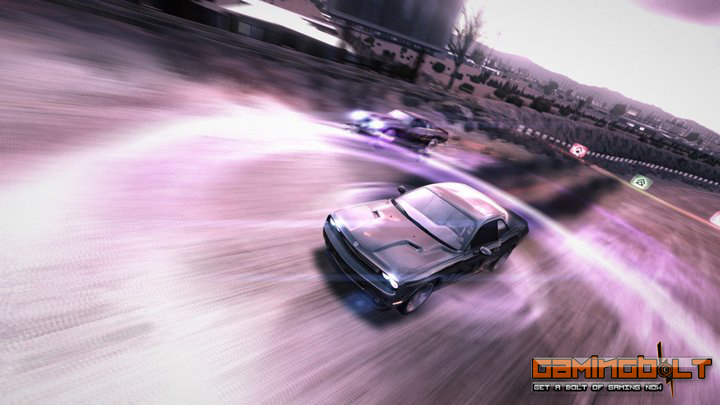 Blur has single handedly got me back into the car battle genre, for a long time it just has been really lame and going nowhere quick, seemingly waiting for the next Twisted Metal. I think that this is a great addition to the genre and should appease fans of all aspects of battle racing. As far as it goes for beating the titles currently in existence, I think Blur really does bring home the bacon.

There isn’t a lot to say bad about blur, it features so many good things that I really had to search and scrape the bottom of the barrel for issues. Technically I could not break this game which always frustrates me. I have this problem where if I can’t break a game, I personally feel defeated as a reviewer. Never the less, there aren’t any apparent glitches in the game play or design. One of the only issues I really have is that of minuscule proportions. There is no in-game music, neither developer made or licensed. It’s really not an issue and I didn’t realize it until several hours into the career mode. 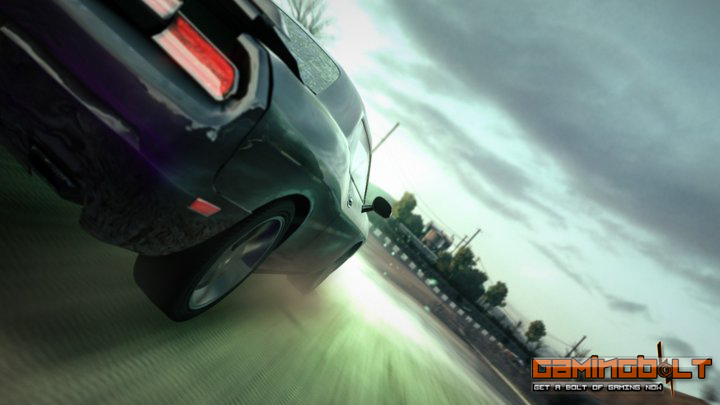 Me sporting my signature black paint.

The single player is very challenging; most games these days are not. I found myself actually getting angry at my fake opponents as they bested me time and time again in very close races. I believe that a lot of games try to focus on the multiplayer aspect as being the challenge and make the single player a walk in the park. My next and final complaint about Blur is something that I have complained about since the original Mario Kart. I absolutely despise the weapon that anyone can get at any given time that destroys the leader, might I add that Blur has initially eliminated this. There always seems to be that one weapon that is so over powered that it can take a player from last to first in the final 30 seconds of the race and leave the original leader crying home to moma’.  With the ability to use almost all weapons as a defense and an offence, Blur has really created something to be observed by other developers. Congratulations Activision, that’s right Activision has started another potential title giant.

After messing about in the single player and getting to know the game, it was finally time to move on to the multiplayer. I was shocked! The community for Blur is outstanding. I was set into a group of players, men and women alike and was playing against people who where fun and good at the game. Everyone was laughing and having a great time, speaking on terms of multiplayer Blur and Mod Nation have very similar communities.

Learning the game can be a bit difficult, although it came very naturally to me being an expert gamer and all. When I let certain other friend’s play, whom are casual gamers had a hard time keeping up with the fast paced racing and clutch use of weapons. This is by no means a complaint; I actually indulge in games that take copious amounts of skill to master. If you are a casual gamer, do not expect to see great results in the online world, because players are constantly practicing. 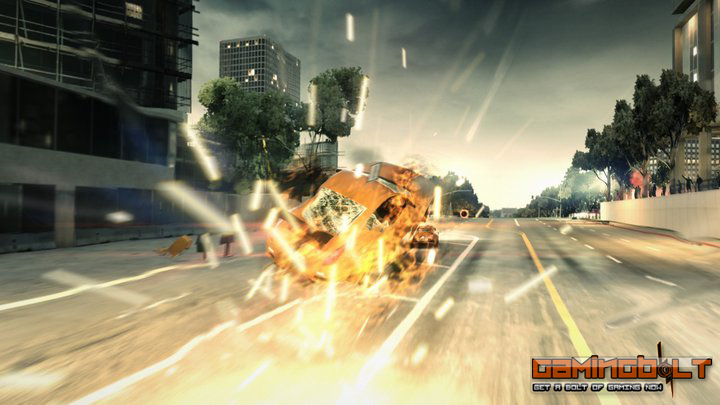 Things can get a little out of hand… STRAP IN!

The use of real cars and city tracks is a very large bonus and remind me of old school racing titles. The originals come back to me in a shocking time traveler’s de-ja-vu. Racing in LA and NY, and everything in the middle is wonderfully exciting and I couldn’t wait to get to the next city. I’m so sick of playing games with fake cars, although I really have a special place for burnout inside my heart; I think that the use of real cars and cities is just so much more appealing.

Over all Blur is an outstanding game, created by an already prestigious developer and those who did not have a good time playing it must either not be into the genre, or need to go back and try it again, because it really is a decent game. If you are into car battle and racing than Blur is right up your alley. The least you could do is rent it and see if it fits the piece. It’s no Twisted Metal, but it will have to do for now.

Great multilayer with a very fun and interesting community. Stunning visuals and a near perfect driving system.

No in-gaming music and a lack of things to complain about.

Final Verdict:
SUPERB
Blur is a great car battle racer that is undeniably going to be around for a while. If your into serious racing with a twist of kart battle than Blur could quite possible be your next favorite.
A copy of this game was provided by Developer/Publisher/Distributor/PR Agency for review purposes. Click here to know more about our Reviews Policy.