All you need to know about Borderlands 2.

Borderlands 2 is a massive game with tons of content and secrets, and will take you a while to uncover all of them. But fret not, we’re here to make your experience a little simpler. It’s a loot based game and sometimes it can get really overwhelming to find out things without proper guidance. Some of he exploits given here should be used on the second playthrough, because why would you ruin the experience for your self? The game is quite lengthy, too, and will take approximately, 60-70 hours to finish taking the side quests into the equation.

As a bonus check out our PC review of the game here, which got a glowing 9/10 score. So now let’s begin with the guide. First things first: How to quickly obtain precious Eridium–which is a rare resource used to upgrade ammo capacity and other things. 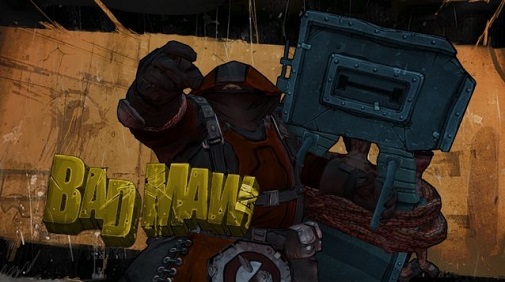 Eridium is mostly dropped by bosses and powerful enemies and using that you can upgrade certain things via the black market dealer in Sanctuary. It’s a rare resource so you will mostly find limited quantities on your travels but there’s enough of them to fully upgrade everything you have.

You can either do this, or just gamble away at Moxxxi’s bar, and get an achievement in the process. The latter is not preferred because, let’s face it, you need the money for other things.

Alternatively, you can also kill this boss repeatedly for a guaranteed drop. Go to the Bloodshot Stronghold and face the boss called ‘Bad Maw’. He will have three midgets on his shield, yeah. All you have to do after picking up the dropped loot is quite to the main menu and play the game again. It’s recommend that you use the bandit vehicle if you’re at a low level.

Who doesn’t like powerful weapons and items? Yes, you can farm them in this game, because the bosses respawn regularly or when you quite and join the game again. Here’s a bunch of locations to get cool things. This is taken via the strategy guide.

Some location spoilers below, but chances are, if you are seeing this you don’t give a eff about them. 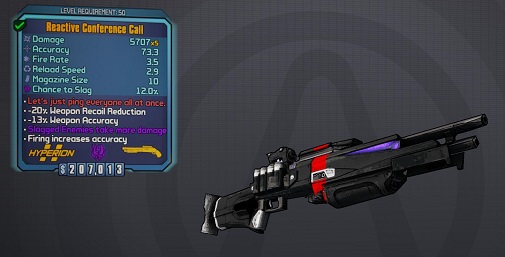 How to obtain keys for the Golden chest in Sanctuary:

Golden Chest is located near the fast travel machine in Sanctuary. What it does is that it gives you random items scaled to your level. By random items I mean, terrific random items. So your best bet would be to save the keys till you get to level 50. Of course, these keys aren’t easy to get, that’s the whole point. In fact, you can’t find them in the game at all, you should have pre-ordered the game for a key, and the other legit way to obtain would be to follow the president of Gearbox Software on Twitter.

He regularly tweets Shift codes which you can input in-game to obtain the keys for this chest. Here’s his Twitter account. Oh yeah, you need to register a Shift account first. For that head over here, it’s a simple process and you can use the login info to connect in-game by going to the Extras section in the main menu.

How to level up fast: 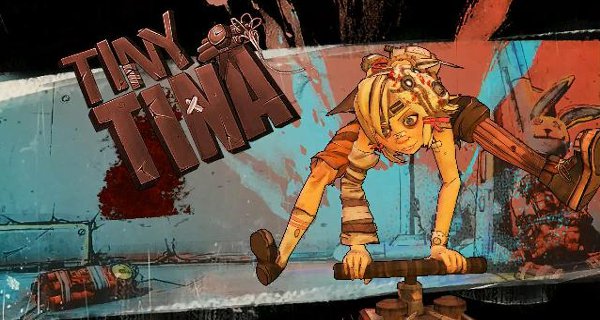 This is one of the major questions I usually see players asking because it is difficult to level up in Borderlands after 20 by just normally playing the game. I was at level 28 after 50 hours with level 50 being the maximum level cap. Considering the XP requirement increases, it usually becomes a bit difficult unless you play with friends.

There are a lot of ways to do this though, so I’m going to be mentioning effective strategies here, and exploits if you’re into that sort of things. Let’s get the exploit out of the way.

It’s simple, there will be a mission with Tiny Tina where you have to capture a bandit named ‘Flesh Stick’ alive for a birthday party. But if you manage to kill him you will fail the mission. That’s where this exploit comes in. What you do is shoot him in the face and then go back to Tina and restart the mission, and repeat. 1000 easy XP. If you have a friend, you can position him near Tiny Tina while you go to kill Flesh Stick. Use your friend to restart the mission. Both of you get XP–win, win scenario, right?

Here’s a video to make you understand how it works.

There’s more though. I’m going to tell you ways you can acquire XP legit without feeling bad about exploiting the game.

The thing here is to fight enemies higher your level, not much higher, but like 2-3 levels. What this does is gives you a chance to get a good weapon which you can use to kill them easily. It will be difficult at first, but with proper loadout, you can level up fast. You can follow this strategy until you hit level 50. Remember, chances of respawning are high, and you will lose money in that case, so be very careful.

The another thing to do is to finish side quests. This can be very time consuming but the thing is they’re actually fun and rewarding, and give you high XP. This combined with main missions should keep you above the required level for most missions.

Play co-op with a friend. When you play with a friend, the enemies become stronger, and drop a lot of good loot. Not to mention give you more XP. It will be easier to dispatch them with your friends nearby and will be a lot of fun as well. This is the most advisable strategy, just play online. Doesn’t matter with whom, just do it. If you want to play solo, then you are better of attempting the side missions along with killing high level enemies.

Check out the next page for cool secrets: 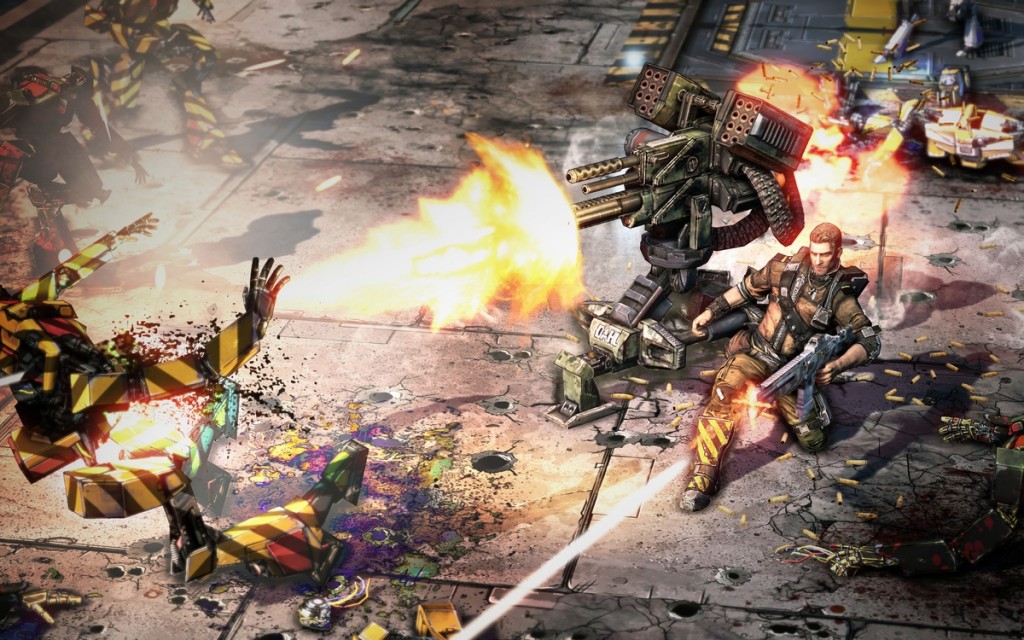 Borderlands 2 is a game where the developers have put in a lot of easter eggs and secrets for you to find. Sometimes they take you by surprise and some of them require that you have a knowledge of, say, things like TV shows.

We will be listing all these secrets along with a detailed explanation so check them out. Also, some of them are beneficial in the sense they give you cool weapons and items. Being an open world game gives the developers that flexibility to implement such things, that’s one of things I love about such games.

This is an incredibly cool easter egg. What you have to do is head to the Caustic Caverns which you get access to after some of the story events in the game. Head to where the Sanctuary once was and go all the way down and take the lift to the Caustic Caverns. You have to go to the Guardian Ruins area which is on the far right of the map.

Remember this area is incredibly tough with difficult enemies like Treshers and the likes. There’s also a Varkid thrown in here and there and you know how nasty they can be. Once you reach the end of the Guardian Ruins, jump down a ledge on the right and see a unique block you can destroy. So smash it and head inside. You will find the Minecraft skin and a bunch of Eridium here.

Here’s a video from Rooster Teeth if you’re still confused.

How to find Michael Mamaril: 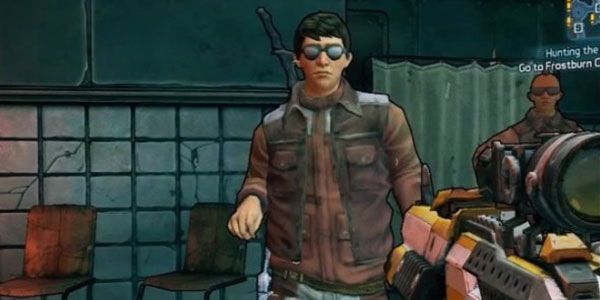 Michael was a Borderlands 2 fan who died of Cancer, and Gearbox has put him in the game where whenever you meet him he surprises you by giving you a weapon or item. He will make you smile and happy. You will also get an achievement in the process. He could be found anywhere in Sanctuary, so there’s not a definite location but I found him near the gun vendor in Sanctuary.

You can check out how he looks in the image above. This is a really cool thing to do by Gearbox. Respect + 10.

How to find the area that resembles the one from Dark Souls:

It’s no secret that Dark Souls is a fantastic game, and apparently Gearbox likes it too, so they have put an area in the game which resembles the one in Dark Souls complete with the bonfire.

While you are in the Caustic Caverns for the Minecraft level, go check out this Dark Souls one too. How to know if it’s the right place? You will find Solitaire the knight who you saw in the game and also helped you during boss fights. He will be sitting on top of a rock and if you click on him he laughs.

Getting there is very difficult though. You need a lot of shield and health because you need to traverse through acid to get to the area. You may not make it so ensure you are above level 30 and have a high capacity shield.

Of course, you can also check out the video we posted above to find the area easily.

How to find Donkey Mong:

Doesn’t it remind you of Donkey Kong? Of course it is, because it’s ab Nintendo Easter egg. You can find a monster called Donkey Mong in the Eridium Blight but the thing is the spawn rate is very rare, so all you have to do is to roam around the area until you see someone throwing barrels at you. He looks like the normal enemies but a bit different, you can read the name once you highlight him.

He is very difficult to defeat so unless you are at level 25 or above, don’t attempt this. There’s also an achievement to be unlocked here, so that is an incentive enough to find him out.

How to find Hyperion’s Energizing Bane: 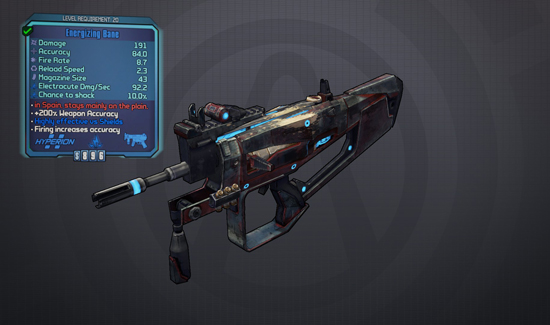 Screaming Sub Machine Gun? Yes. That’s what this is. How to find it? Well, you will get it automatically once you finish the “Bane” quest in Lynchwood. It’s about finding a treasure which is buried in the Lynchwood, which is behind Ellie’s hideout in The Dust. It’s quite easy to find but be careful of the boss fight in the end. It will be difficult also there are Spider type enemies here along with bandits, but it won’t be that difficult.

The cool thing about this gun is that if you have set your volume level to low, it won’t matter. The gun will make a standard screeching sound that will surely mess you up the first time you fire this it. But that’s the fun part. Gearbox is crazy, and we love them for it. Here’s how it looks.

There are three ways you can get fast Badass points, I’ll list them below but before that let me tell you what are Badass points. These points are completed after finishing certain challenges in the game and it allows you the ability to enhance your character attributes. You will earn a lot by playing normally but you can enhance the process.

You need to do co-op with a friend and remove shields or whatever you have on each other and duel away, this takes some time but you can get 166 Badass tokens via this. Other way is to successfully complete 50 trades via co-op and this nets you 166 Badass tokens too. 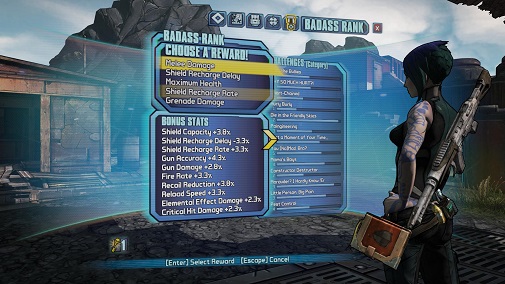 If you accumulate 20 Purple weapons you can get a lot of Badass Tokens, however, finding purple weapons aren’t easier because you need to level 25 or above for it to spawn on a consistent basis. Otherwise, if you have 5-6 golden keys to open the golden chest in the Sanctuary, it will be easier to get to 20. You can find out how to obtain Golden Keys in the first page.

So there you go… The article will be updated once we find more cool things that are worth posting. Leave us your feedback in the comments section below.